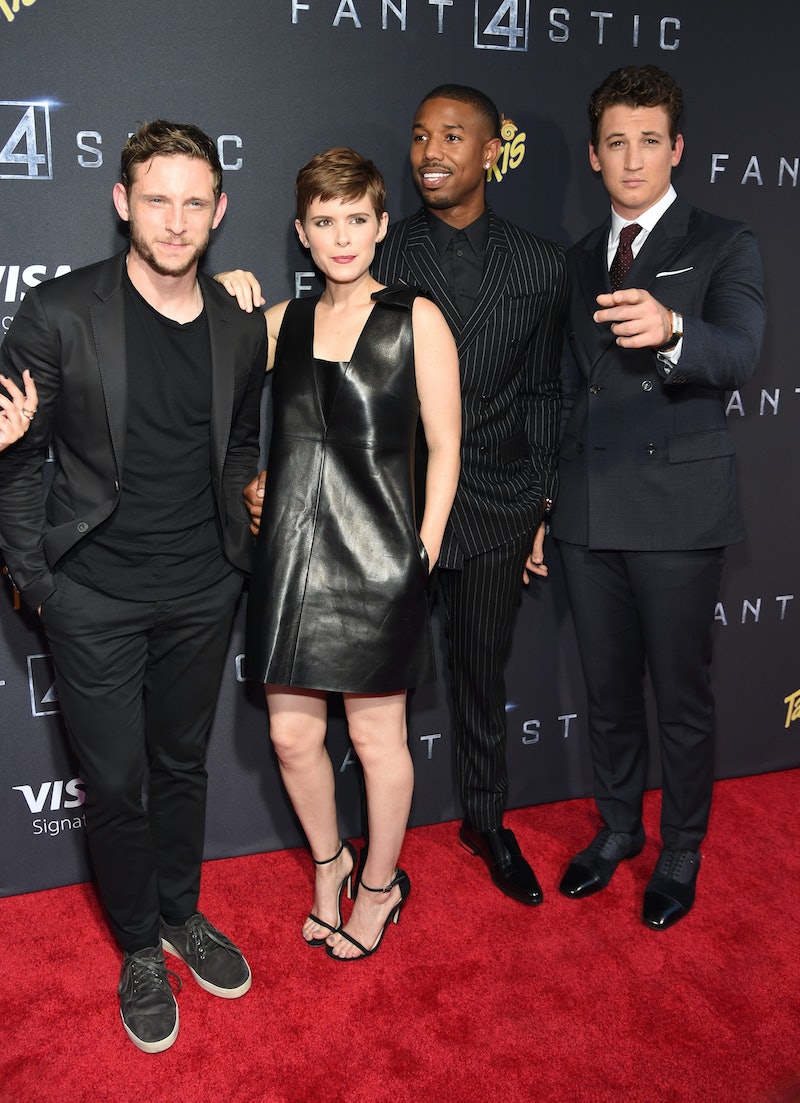 I think it goes without saying that Kate Mara fans are hoping that the actress will make an appearance at the Emmys this year. Though she isn't nominated for any awards and she was not on the latest season of House of Cards, the star tore things up on the red carpet last year, so it would be fantastic to see her slay once more. Plus, some fans may be anticipating if she is there that she may have some handsome company along with her. After all, Kate Mara's rumored boyfriend Jamie Bell (the Daily Mail's photos of them kissing is pretty convincing) would make an incredible Emmys date.

Bell was one of Mara's co-stars in Fantastic Four together, the superhero movie is far from the first time the 29-year-old has appeared in a major film. The actor was born in England, and first rose to prominence all the way back in 2000 for his debut role of Billy Elliot in the film by the same name, focusing on the story of an 11-year-old boy who wants to excel in ballet. He even won a BAFTA award for his excellent portrayal of the character. A slew of movies has followed since his debut, including King Kong and Jane Eyre. And Fantastic Four has just been the latest moment on screen for him. And it seems like this potential superhero couple has gotten the Internet's nod of approval. Neither Mara nor Bell have commented publicly on the official status of their relationship... but the pair have certainly been not hiding their PDA.

Most recently, Bell and Mara were spotted taking what appeared to be a romantic stroll on the beach together in Malibu just a couple of weeks ago, according to People. Not only were they getting extra cozy together during their walk, they also took Mara's dog along on the adventure with them. One onlooker told People, "They were holding each other the whole time. They didn't let go. They were hugging and walking with their arms around each other and were totally focused on one another. They were walking the dog, but even when the dog was running off they were still focused on each other." Cue all of the awws.

But this is not the first time the two have been spotted getting extra comfy with one another. A friend posted a photo where they were extra close with some of their friends a couple of weeks prior:

And the two were spotted after a Met Gala afterparty in New York City all the way back in May, though reports claimed at the time he was just being gentlemanly toward his "friend." So this potential development of romance has obviously been going on for some time now!

Well, hopefully the Emmys will be the time when they finally make their official debut as a couple. But if not, it does not change that they look undeniably adorable together. Keep your eyes peeled for them on the red carpet in the meantime!