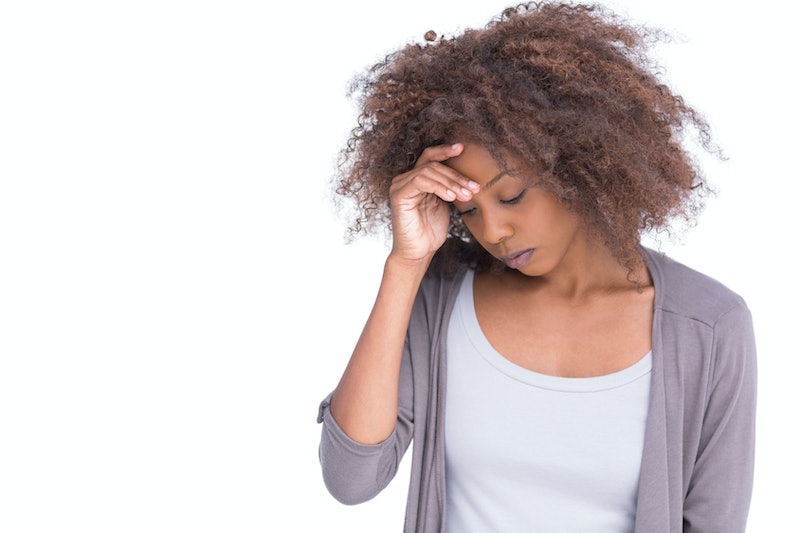 I still can’t shake the image of armed police officers converging on Miriam Carey’s car and unleashing a barrage of bullets into her vehicle and her body after she tried to breach two Washington D.C. landmarks last October. Carey, 34, died at the scene. It’s been months since Carey was killed, and I’m still haunted by her tragic death. Her mother, Idella Carey, told reporters that her daughter was suffering with postpartum depression. That illness and its evident effects are alarming to me — I know all too well that mental illness leaves a void in the lives of its victims, especially for women of color who often suffer in silence.

I was 13 when I diagnosed with Agoraphobia, a condition that fosters an illogical fear of social situations. Agoraphobia strikes without warning. It is not an inherent condition and has no genetic origins. Agoraphobia attacked me when I was 12. I was kicked out of a recreation center for running — the suspension was supposed to last one afternoon but I couldn't bring myself to return for four months because of my condition. I recall an overwhelming sense of panic overtaking me as I stepped out of my mother’s car and my closest friends coaxed me into the center. It was the first in a long line of similar episodes.

But most studies on Agoraphobia don’t center women of color. Mental health and wellness is often an area where Black American women in the U.S. are overrepresented, but don’t have a voice.

According to the National Institute of Health, more than 7.5 million African-American women have been diagnosed with a mental illness, and there are millions more that remain undiagnosed. The National Institute of Health reports that African-American women are overrepresented in terms of mental illness with a 2:1 gender ratio of depression, but there are multiple reasons why many Black American women in the U.S. don’t seek professional treatment.

Researchers conducted a federal government-funded study and found that one of the barriers preventing U.S. Black American women from seeking mental health services is the stigma attached to mental illness.

When I finally emerged from hiding and began socializing again, I scurried to disguise the tracks of my mental illness. I weaved multiple lies in an effort to disassociate from my mental illness. I lied because I was ashamed. Many women of color are also lying and hiding their challenges with mental illness. The National Alliance on Mental Illness released several alarming statistics about mental illness in the African-American community including:

Positioning mental health and wellness as a concern of Black feminism will give women like me a platform to discuss our struggles. Humanizing mental illness by telling the stories of an array of Black American women can pull other Black women out of a crawlspace of lies and deception.

But this is especially difficult when most mental health providers aren’t equipped to handle the unique factors that contribute to mental illness in communities of color. Corliss D. Heath, a Master’s of Public Health candidate at Emory University, notes that there is a significant gap between the “mental health resources that black women need and the resources that actually exist.”

“Health and well-being eludes the majority of women and even more so black women,” she writes. “Mental disorders related to marginalization, powerlessness, and poverty along with overwork and stress are growing concerns for black women.”

Top that with the minimal number of mental health studies that center on Black women, and we have an area where Black women are underserved.

Black feminism is constantly being enacted in surprising places. It’s time for that gaze to focus on mental health.