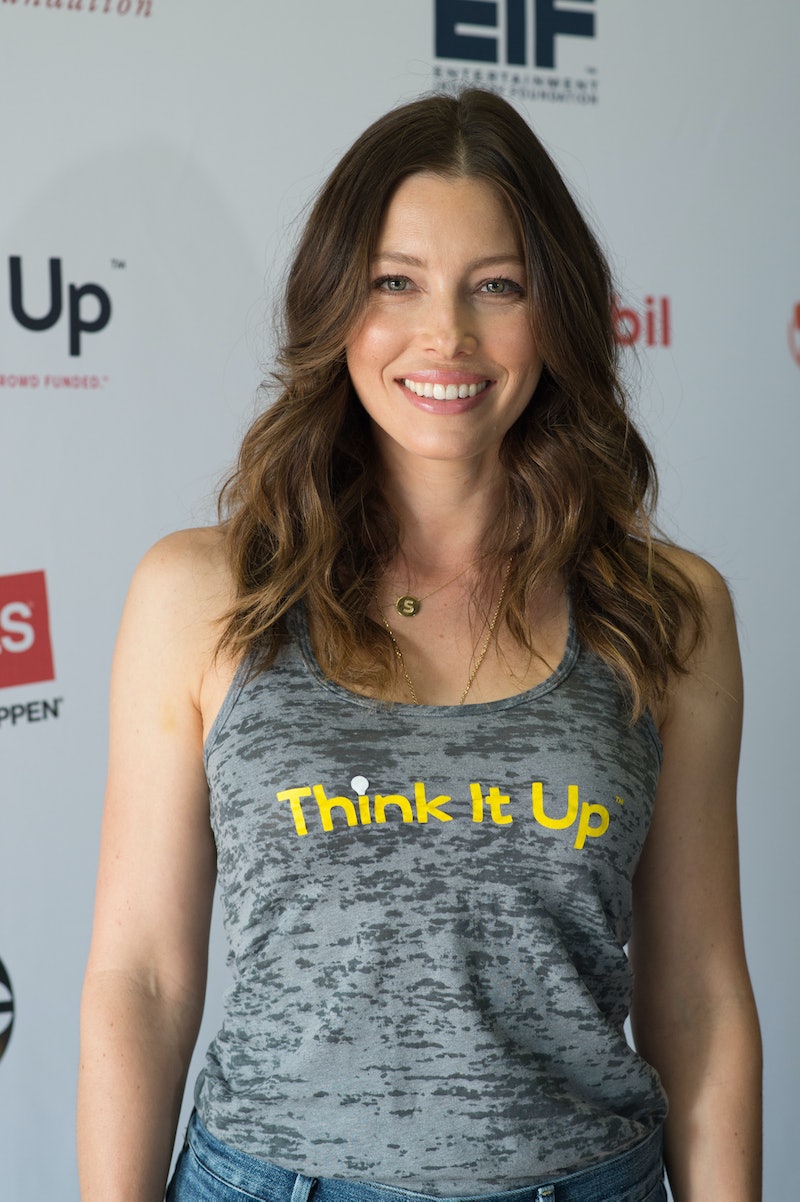 If I think back to sex ed classes in school I can clearly see two diagrams in my head: the ubiquitous sketch of a curved penis in profile that they've probably been using for the past 50 years, and another sketch of the uterus and ovaries — not a single vagina, labia, or clitoris was to be found (thanks for nothing, school). Everything you probably learned about your urethra, vagina, and when you could and couldn't have babies was likely learned by living life, speaking to friends, and making (hopefully, not too many) mistakes with your body. But that's not good enough for Jessica Biel, who is launching a sex-ed video series in conjunction with the non-profit WomanCare Global, to teach both young women and grown women lessons about their bodies and sex that they likely never learned or will learn in sex ed class.

Biel, who welcomed baby Silas with husband Justin Timberlake in April, recently admitted something super awesome: At age 31, when she and Timberlake had decided to start trying for a baby, she had no idea how long it would take her to get pregnant because she had been taking birth control for so many years. The actress and activist told Glamour, "Suddenly I realized I really didn't know what was going on inside my own body. It's shocking."

She teamed up with WomanCare Global's founder Saundra Pelletier and the two came up with the idea of creating sex-ed videos for girls and adult women, because everything they need to know simply wasn't and won't be covered in most high schools. Pelletier says many girls lack an understanding about contraceptives and menstruation. She and Biel even worked together to launch Project Dignity, which helped young girls in Africa get access to menstrual protection so they wouldn't feel forced to miss out on crucial life experiences, like school.

Recently though, the duo says they realized women and girls in the United States are also in need of information.

"More than half of our nation's pregnancies are unplanned, and just 22 states require public schools to teach sex education," Pelletier told Glamour. "Jessica and I realized we can help change this." Biel added, "You have to have the courage to stand up for what you believe in."

She's totally on point. Knowledge is empowering. Understanding when and how you can use the incredible power your body has to create another life may not be something every 18-year-old woman is thinking about at the moment, but she will want that information stored away for the future. There's no reason why any young girl should feel shame about getting her period or becoming a woman who has the ability to give life. Biel has found a wonderful way to use her celebrity for the good of other women and to give back. And kudos to her for sharing her own fertility experience. She's an inspiration to women of all ages.