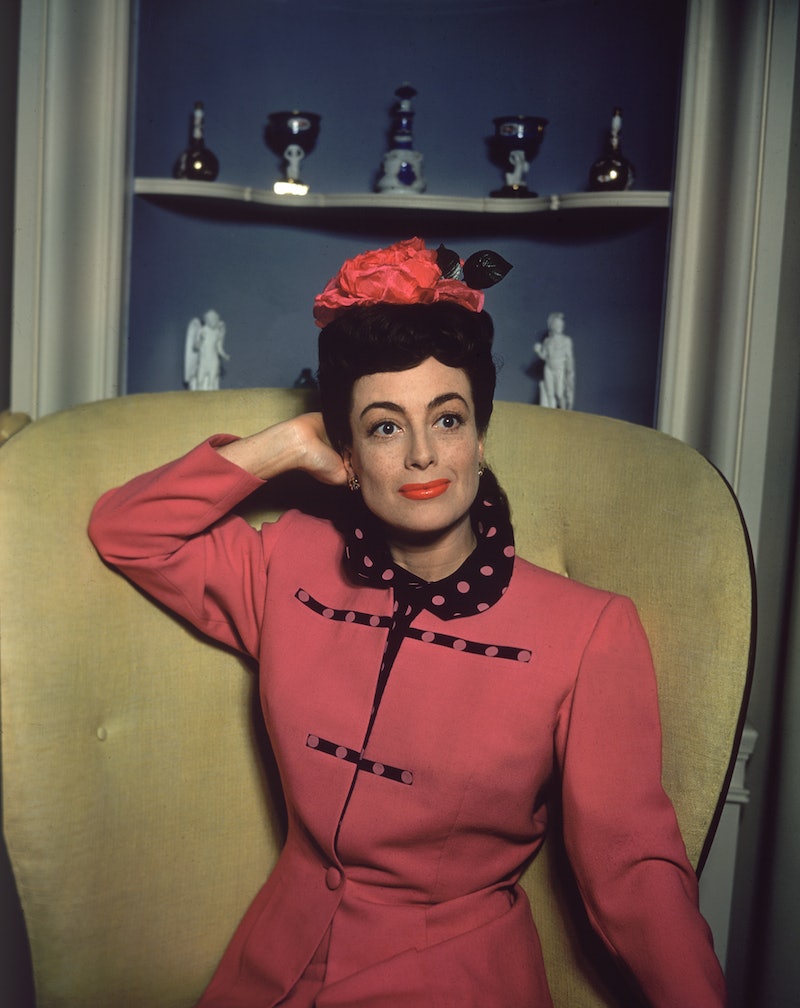 Bisexuality is far older than it may seem. It's actually popped up in historical epics and records for thousands of years. And if the only famous bisexual person you can name is Angelina Jolie, then you are behind the times, my friend. Unfortunately, bisexuals still suffer a bunch of nonsensical myths about their lives and relationships — as Cara Delevingne had to deal with earlier this year, when she was forced to release a statement saying that her bisexuality wasn't "a phase." Which is ridiculous. What is this, 2015 BC? As a Guardian article recently pointed out, there is a massive dearth of bisexual characters in popular TV, which is a problem. Visibility is important, and considering how many prominent historical figures were confirmed bisexuals (or are suspected have been, based on the evidence we have), we should be much better at this by now.

So in honor of Bisexuality Awareness Week, here are eight historical figures whose names you'll likely know — but whose bisexuality (which, in some cases, is still contested) you may not. There's a Jedi, a Pulitzer Prize winner and an economist in among them.

Andersen is, of course, now famous for the many fairy tales he bequeathed to the world — all of which were pretty heteronormative, if they involved love at all (many are actually pretty cruel and twisted). But he himself led an interesting sexual life. Andersen tried to remain sexually abstinent, but seemed to fall in love with both men and women (and write them passionate letters), including the young Grand Duke of Saxe-Weimar-Eisenach. Regrettably, this often occurred without any success.

American poet Edna St. Vincent Millay is most remembered for her Pulitzer-Prize-winning writing, including the famous verse "My candle burns at both ends; It will not last the night; But ah my foes, and oh my friends – It gives a lovely light!" But Millay was also, unusually for the time, openly bisexual. According to a rumor circulated about her, she was once told by a psychologist that her headaches might be due to repressed lesbianism — to which she replied, "Oh, you mean I'm homosexual! Of course I am, and heterosexual, too, but what's that got to do with my headache?"

It's not widely known that Kinsey, one of the greatest researchers into human sexual behavior in history, was bisexual. He identified as somewhere around the middle of his own Kinsey Scale, which put heterosexual and homosexual attraction on a continuum, numbered from one to six. He also had an open marriage, and slept with numerous other people, including men — an enlightened attitude for the '50s.

This one may be a shocker, but it's true: Malcolm X, freedom fighter and incendiary figure of the Civil Rights movement, is believed to have deviated from the "heterosexual" position on the Kinsey Scale. The evidence comes from several biographies which interviewed many of his friends and associates. It seems pretty clear that Malcolm had same-sex relationships (and worked as a male sex worker) all the way through his 20s. Questions have arisen as to whether he was simply "gay for pay," but the overall picture seems to be more nuanced. We'll likely never know how he identified himself.

Oscar winner Alec Guinness is best known for his role as Obi-Wan Kenobi in the original Star Wars trilogy. Less known is how he had a conflicted relationship with his own sexuality. Convicted of a "homosexual act" in 1946, he managed to keep his bisexuality secret, but the BBC ran a story on it a year after his death in 2000, based on biographical research and revelations from friends.

The brilliant economist John Maynard Keynes was nothing if not meticulous. He apparently kept scrupulous records of almost every sexual dalliance he ever had — with both men and women. In fact, it seems that he identified primarily as gay, and had solely male lovers until he fell in love with and married ballerina Lydia Lopokova in 1925, when he was in his 40s. Apparently, his best man was Duncan Grant, a handsome young painter who was the foremost male love of his life. Incidentally, Grant went on to become the long-term lover of Virginia Woolf's sister, Vanessa Bell. The love lives of the bohemian English of the early 20th century can be pretty hard to sort out.

Crawford was the epitome of Old Hollywood glamour for many years — and evidence continues to build that she was probably bisexual, and likely had affairs with some of the most desired female stars of the time. It's rumored that she slept with Barbara Stanwyck and possibly even Marilyn Monroe. She may have given the most prominently bisexual Old Hollywood star, Marlene Dietrich — who once wrote in her diary, "women are better, but you can't live with a woman" — a run for her money.

Has anybody's sexuality been more obsessively pored over by historians than Shakespeare's? A lot of the evidence for his supposed bisexuality lies in the fact that his sonnets are addressed to two main love interests: the Dark Lady and the Fair Youth. Theories about the identity of the youth in question have proliferated, with suggestions ranging from attractive young aristocrats to a boy actor Shakespeare was trying to seduce (that was Oscar Wilde's favorite one). The sonnets about the Fair Youth are pretty saucy, especially if you like obscure Elizabethan puns on "pricks."