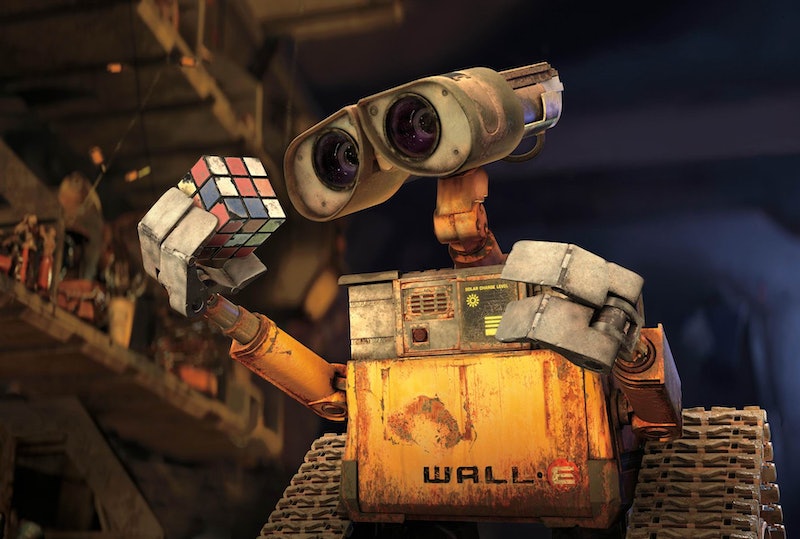 If you have been keeping a list of ways to fight robots once they try to take over the world, you can cross Rock, Paper, Scissors off. Researchers at Ishikawa Watanabe Laboratory in Tokyo have created a robot that wins Rock, Paper, Scissors, every single time. Slowly but surely, the machines are learning how to defeat us.

Of course, in reality, things aren't so dire as that. The robot is able to pull of this feat thanks to a high-speed camera positioned to capture a silhouette of the human opponent's hand as it is in the process of "throwing" either rock, paper, or scissors. The robot is programmed to recognize which of the three basic hand shapes its opponent it making, and to respond accordingly. The whole process takes less than a millisecond, meaning the robot is able to win every single game.

But, it's worth noting, that doesn't mean the robot is trying to win — or even that it understands it's competing at all. It's just responding to a specific stimulus with a pre-programmed response. If you wanted, you could just as easily program the robot to make a losing response to each hand shape and it would be none the wiser.

At least, that's what our future robot overlords want us to think as they slowly but surely develop a taste for victory. Just look at this madness.

And just like that, there goes the rights to the world government.

Or, you know, maybe it opens up all sorts of exciting possibilities for programming robots to recognize human actions and respond in helpful ways, thereby creating new opportunities for robots to become a force for good in society. Whichever you prefer.

The real moral, though? Never challenge a robot to a game of Rock, Paper, Scissors.