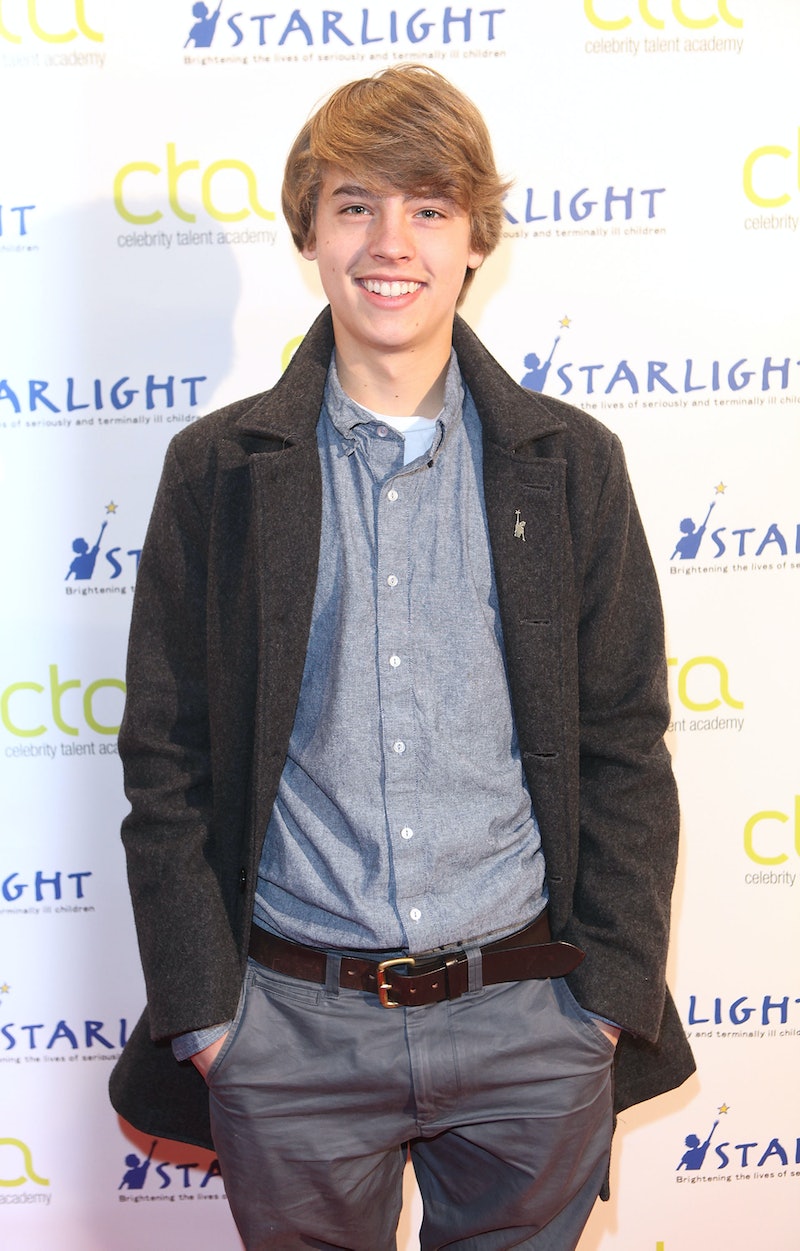 Exciting news for fans of The Suite Life of Zack & Cody. To many, it was a favorite Disney Channel show, and for good reason. Dylan and Cole Sprouse were charming and hilarious, even when getting in and out of trouble. Luckily, following his graduation from New York University, Dylan Sprouse will star in Dismissed , an upcoming thriller.

Deadline reports that the movie "tells the tale of an idealistic, straight-laced English teacher (Kent Osborne) drawn down a nightmarish rabbit hole by an honor roll student (Sprouse) who will stop at nothing to get an A. Chris Bauer (True Blood) and Alycia Delmore (Humpday) also appear, with Randall Park (Fresh Off The Boat) rounding out the cast."

It certainly seems like a huge departure for Sprouse, who is known primarily for more comedic roles. However, if there's any time for him to show off his acting chops, this is it. Every child actor reaches a point where he or she transitions into more mature roles. The process isn't easy, but when done correctly, it sets the stage for a successful career as an adult.

In honor of Sprouse's upcoming role in Dismissed, here are seven movies that marked the transition of a child star into mature roles.

1. Daniel Radcliffe — The Woman in Black

The actor segued from his Harry Potter role to that of a widowed lawyer.

After winning an Oscar at the age of 11, Paquin went on to play a prominent role in the X-Men franchise.

Johannson's role as a lonely young wife in Sofia Coppola's Lost in Translation successfully transitioned her into more mature parts.

4. Kristen Stewart — Into The Wild

Stewart took on more mature roles following her appearance in Into the Wild.

After a successful acting career as a child, Titanic propelled DiCaprio into adulthood and worldwide success.

Spider-Man is Dunst's most successful film to date, and also the movie that launched her acting career as an adult.

A famous child actress, Barrymore's acting career as an adult got its start with her small, yet prominent role in Scream.

Hopefully Sprouse's career will be able to follow in the same trajectory as these successful stars'.