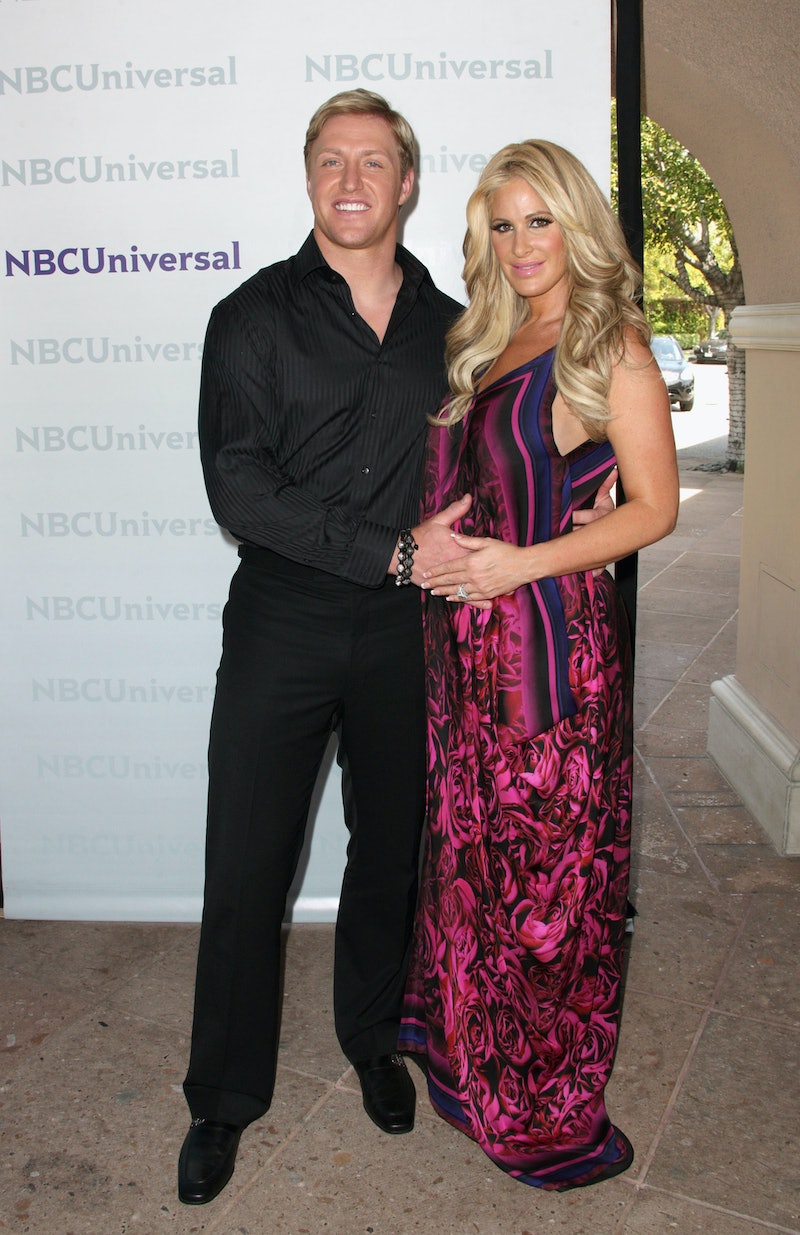 Over the past few years, Kim Zolciak fans and non-fans alike have had the opportunity to see an entirely different side of the Real Housewives of Atlanta star — one that has a lot more going on in her life than just bickering with NeNe Leakes. Thanks to Bravo's Don't Be Tardy, which was renewed for its fourth season this past March, viewers — including some who would probably rather eat glass than watch five minutes of football — have fallen in love with Zolciak's NFL husband Kroy Biermann, who plays for the Atlanta Falcons. The 30-year-old, who met his 37-year-old wife and the mother of their four children at Dancing Stars of Atlanta, scared his wife at first, both because of his age (he was 24 when they met) and what he did for a living. Zolciak said everyone warned her not to date Biermann precisely because he was a football player who would, I assume, be tempted to cheat every time he was on the road.

If you're a reality TV fan, it's easy to forget that Biermann is more than just Zolciak's husband and the star of a successful Bravo TV series that won't quit. His day job is also earning them serious dough — something that continues to surprise football fans.

The Falcons' linebacker/defensive end played college football in Montana and was drafted to the Atlanta Falcons in 2008. He was sidelined in 2013 after suffering a torn achilles tendon — an injury that inspired Zolciak to post this sweet message in support of her hubby:

But not everyone felt Biermann deserved another shot on the team. In 2014, Bleacher Report suggested that Biermann should be benched because he was "doing more harm than good being on the field" and that other talented players were outperforming him. But the powers that be were apparently not on board with that idea, because ESPN reported in March that Biermann was signed to a one-year, $1.95 million contract, but he was not expected to be a starter. And, as it turns out, he isn't a starting player on the Falcons this season.

Guess who is extremely proud of him — starting role or not?

If he looks exhausted throughout Season 4 of Don't Be Tardy, you now know why.

More like this
13 Photos Of Formula 1 Racers Charles Leclerc & Carlos Sainz That Will Drive You Crazy
By Radhika Menon
Lewis Hamilton Turned Down A Role In 'Top Gun: Maverick' For This Surprising Reason
By Darshita Goyal
Harper Teasing David Beckham’s Dad Dancing Is Beyond Adorable
By Frances Stewart
The Spice Girls & Adele Lead Girl Power Celebrations For Lionesses’ Euros Win
By Sophie McEvoy
Get Even More From Bustle — Sign Up For The Newsletter