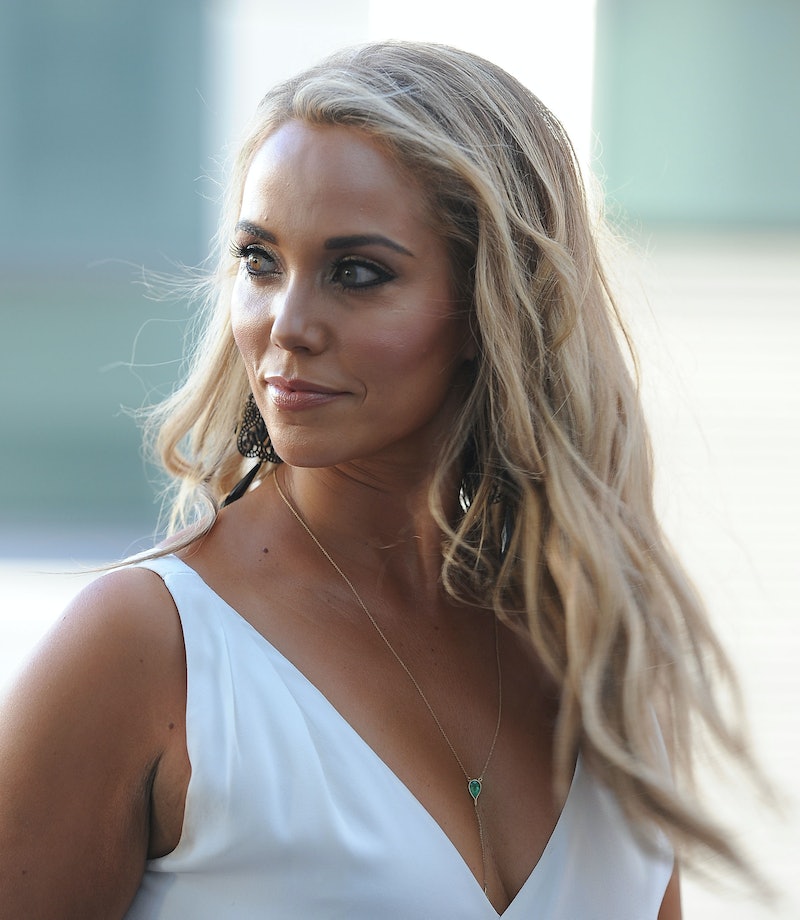 I have a confession: I've never seen all of the movie Showgirls. Hey, the 1995 erotica flop came out when I was very young and I was a huge fan of Saved By The Bell, so seeing actress Elizabeth Berkley go from Jessie Spano to Las Vegas showgirl Nomi Malone was just too much for me. But I have seen the heavily-edited-for-TV version of the movie in its entirety and it's hilarious — there are so many edits you need to watch for in the TV edit of Showgirls. It's an edition of the movie that really takes it to a whole other bad-movie-level.

Can you believe it's already been 25 years since we followed the journey of Nomi Malone through the (sex) life and times of a Las Vegas showgirl on the rise? The nudity, risque dialogue, and explicity sex scenes were almost too much for people — and definitely too much for TV. According to IMDB, an R-rated version was created for Blockbuster Video (remember them?) by cutting 80 seconds of the movie. But in order to be aired on television, Showgirls was edited even more — bare breasts have MS Paint bras drawn on, scenes abruptly end and begin, and the worst dubbing imaginable comes out of everyone's mouths. It is so heavily edited that "Jan Jansen" is credited as the director, instead of actual Showgirls director Paul Verhoeven.

It's an amazingly terrible — but so-bad-it's-good — mess that needs to be seen to be believed. Here are the edits you should watch for if you catch the VH1 version of Showgirls

Just take that in. Someone was literally paid money (I hope) to legitimately draw MS Paint-looking bras on to every bare breast in this movie. At first, it's not that noticeable — there's even one in Nomi's very first scene, where she hitch hikes — but as the movie goes on, it gets weirder and funnier.

By the end of the movie, it seems like it's a big joke. BECAUSE EVERYONE DANCING HAS A FLOATING BRA.

2. Profanity Is Replaced By The Worst Dubbing In The World

So much of the dialogue is replaced by the worst ADR that doesn't even sound like the cast. Good ADR is goes by unnoticed, but here, entire lines of dialogue have been replaced with someone else's voice. It's jarring and crazy and, at times, hilarious.

3. The Re-Written Lines Make No Sense

Alas, the doggy chow exchange between Nomi and Crystal Conners? All real (above).

4. There Are No Sex Scenes Or Lap Dances

As I understand it, the theatrical version of Showgirls shows Nomi kicking musician Andrew Carver's ass in revenge for him raping her friend Molly. In the TV version, well, she almost disrobes for him, changes her mind, and then kicks him. The above GIF is literally how it goes down. And like everything else in this edit, it makes no sense.