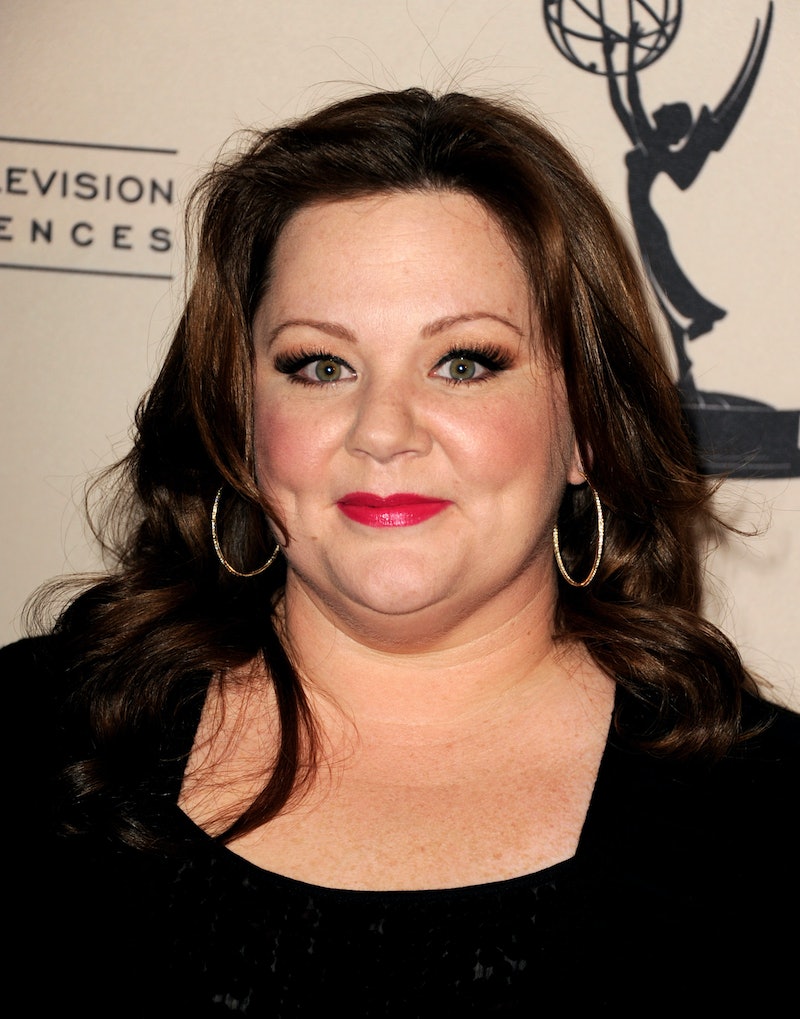 Despite being a beloved part of my adolescence during her role as Sookie St. James in Gilmore Girls, McCarthy finally started to gain wider recognition thanks to her humorous turn in the 2011-released Bridesmaids and by popping up again on TVs in that award winning role on Mike and Molly.

As her star power began to rise, so did the attention to the gowns she sported on red carpets for award shows and premieres. These days, fashion might even be one of the first things that comes to mind when you think of the 45-year-old comedian. She has been outspoken about the lack of designer options for plus size women, how plus size shoppers are segregated, and now has her very own line of inclusively-sized clothing at Melissa McCarthy Seven7. She even wore a dress she designed herself to the Spy premiere in 2015.

McCarthy's style leans towards the more classically timeless, and looking back on some of her red carpet gowns shows that's always been the case.

This might look like a simple navy maxi dress, but it has gorgeous geometric seaming that adds rich detailing and interesting texture. It was a safe but classic choice for her first Emmys.

This plum color looks amazing on McCarthy and the peek-a-boo panels are too gorgeous.

McCarthy stuck with her M.O. by choosing a classic black dress that was big on details, like the yoked bodice and creeping floral applique. Her studded clutch added just a perfect amount of edge.

This full-skirted ball gown is maybe my favorite red carpet look ever for McCarthy: The tulle skirt and black gemstones on the waist are totally glamorous and feminine in a sophisticated way.

Now, can you just imagine how much McCarthy would kill a Marina Rinaldi gown on the carpet? Sighs. Maybe 2015 will be the year.