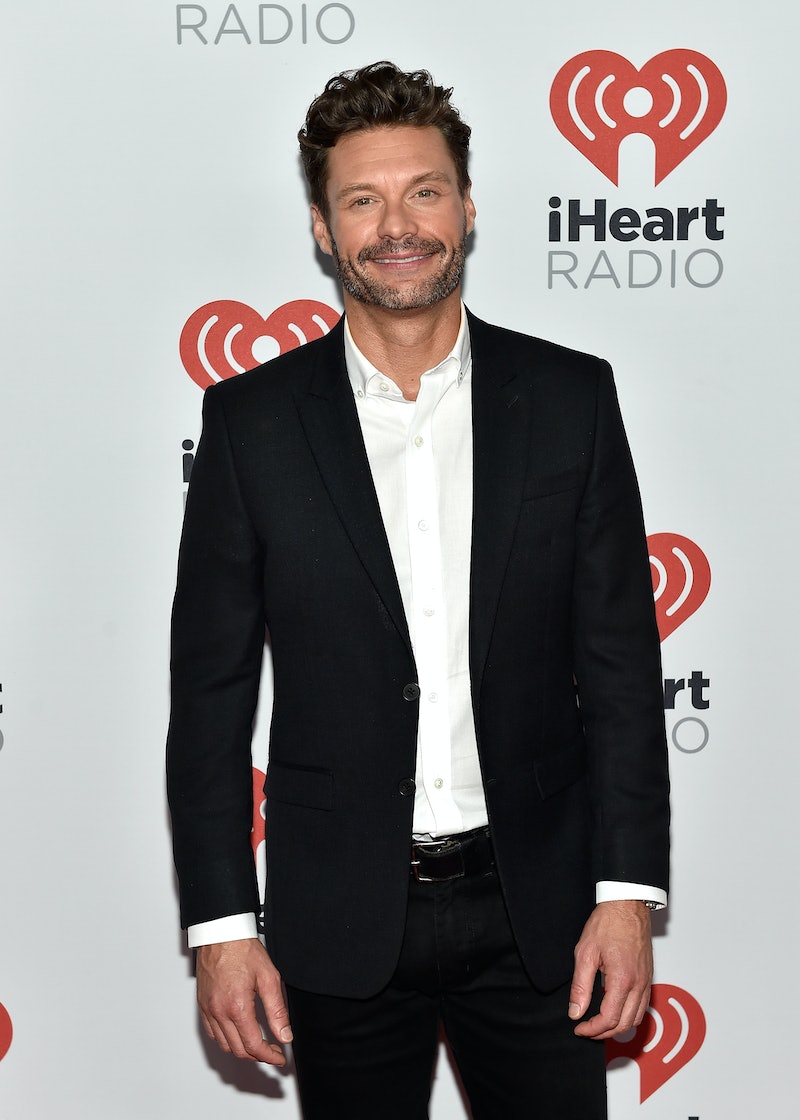 While Ryan Seacrest is always on the other side of the Red Carpet, interviewing stars on what they're wearing for the evening, It's no secret that he's one dapper dude. So it's no surprise that at the 2015 Emmys, he was wearing one of his suits from his collection, Ryan Seacrest Distinction, and gave the crowd a little flash of his own label inside his suit jacket.

While we've seen him in his casual wear in a pair of jeans and T-shirts, he sure knows how to clean up. His line actually came out in 2014, and Macy's picked up on the launch, carrying the collection in 180 of its nearly 800 stores, according to The Wall Street Journal. His collection is filled, of course, with slim fit suits. But that's not all you'll find — belts, dress shirts, vests, and an array of ties are also available.

Seacrest started his line after fans would ask him where they could find a suit that was well-fitted like the ones he often wore on American Idol and on the red carpet. He told People, "[Guys] just don’t know where to find certain things or how to find them, and what I wanted to do in this collection was to make it pretty easy and one-stop and turnkey.”

Love these separates together, especially with the dark brown shoe.

And now, the classic tux. Pretty sharp, no?

Of course, the line has its own website, where you can read more about his color matching system, which helps men and women match colors in an aesthetically pleasing way, putting together a cohesive outfit. Pretty handy tool that applies to all clothing, not just suits, if you ask me. Next time you're in the market for a suit like Ryan's, head over to Macy's!