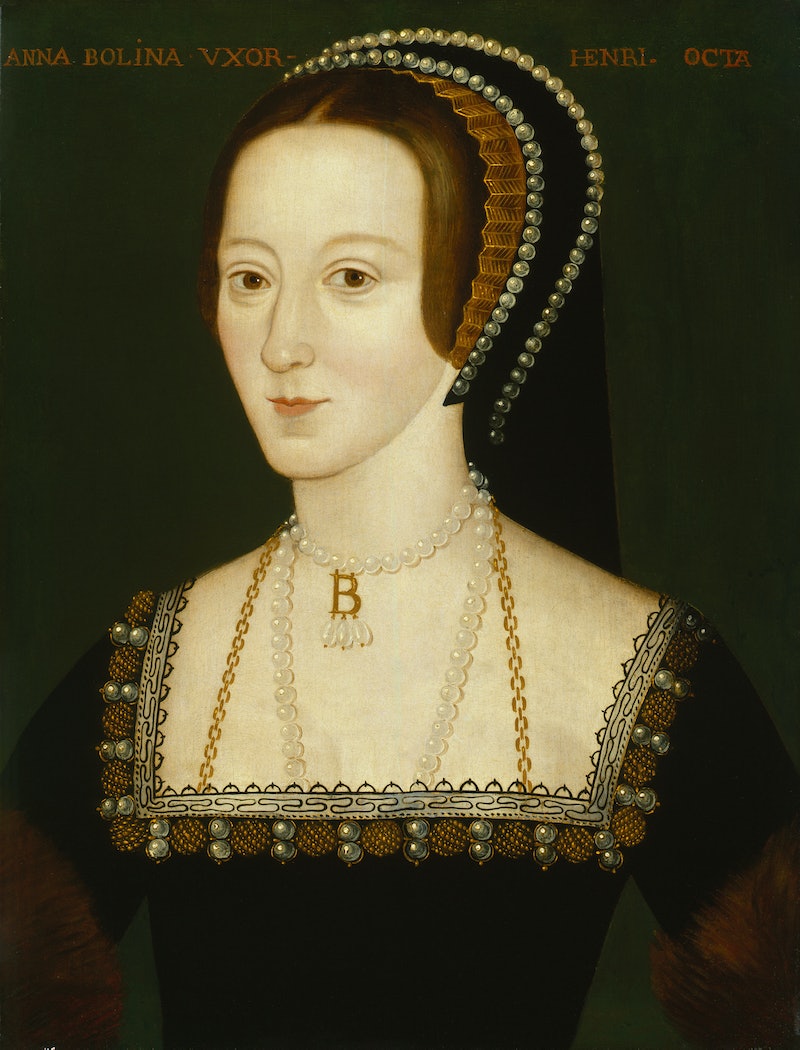 No history lesson you ever learned in school could be more important than this single concept: You shouldn't believe everything you hear or read. Many popular historical fun facts passed around as common knowledge are often simply untrue. Granted, there are plenty of really cool historical fun facts that are true, like the fact that Queen Victoria was given marijuana by her doctors to alleviate menstrual pains. But while there are plenty of harmless myths out there that aren't exactly hurting anyone, there are also plenty of strange myths believed throughout history that have actually been pretty destructive.

Our understanding of current hot-button issues and events is largely shaped by our understanding of history. The Confederate flag's biggest defenders would (hopefully) abandon their slogan of "heritage, not hate" if someone dismantled the widely-accepted myth that the Civil War was all about states' rights for them. And we would be far more willing to portray Henry VIII as a misogynistic villain rather than a victim if the myth that Anne Boleyn was a witch was conclusively debunked. Sure, I can appreciate a fun, good-natured historical myth (because let's face it, the thought of Vikings without horned helmets isn't a pleasant one), but it's about time that historical myths which subtly promote intolerance be debunked.

As BuzzFeed staff writer Patrick Smith points out, Arthur is absent from a 6th-century account of an important battle at Mount Badon. The only evidence that he participated in the battle is from an account written roughly 500 years after it allegedly took place. Arthur also isn't mentioned in the Anglo-Saxon Chronicle, a nearly-definitive guide to events that happened during what was supposed to be the time of his reign. As it turns out, our enduring notions of the ideal king have always been based in myth and medieval folklore, rather than history.

Christopher Columbus may have been among the first European explorers to discover the Americas, but he primarily explored the Caribbean Islands and South America. In his book Who Was First? Discovering the Americas, Russell Freedom identified the Vikings as predating Columbus in landing on North American soil, while other historians identify Irish monks, or even the Chinese. The destructiveness of buying into the Columbus myth doesn't necessarily lie with believing that he was the first explorer to set foot on the United States, but with believing that the Americas were some sort of uninhabited land prior to being discovered. These lands were actually home to plenty of thriving civilizations before they were conquered by white men.

There are plenty of damaging myths about Native Americans, but the most pervasive one is a broad generalization that they were all primitive, violent subhumans seeking to scalp people and perform bizarre rituals and human sacrifices. There's no denying that in some Native American civilizations, human sacrifices occurred, just as there's no denying that in Europe, there was a time when burning "heretics" at the stake was the norm.

This negative and frankly inaccurate portrayal of Native Americans became pervasive as white men began their conquest of the Americas. Portraying the enemy as primitive savages enabled them to garner the support to fight them and take their land. The simple reality was that in many ways, Native Americans were as or even more advanced than their European counterparts in terms of technology, medicine and culture. Maybe in the 16th century, it was natural to accept "differences" as indicators of superiority or inferiority, but it's the 21st century, and we should be far beyond this destructive historical myth at this point.

4. Anne Boleyn Didn't Have Six Fingers And Wasn't A Witch

If people know who Anne Boleyn is at all, they know her as the first wife whom Henry VIII had beheaded — and as a witch who had six fingers. The myth originates with the rise of chronicles written by Catholic propagandists decades after her death, who despised Boleyn for championing church reform and motivating the king to sever ties with the Roman Catholic Church to marry her. This myth promotes the idea that Henry VIII was somehow Boleyn's victim, and was thus justified in having her killed.

5. No, Elizabeth I Wasn't Actually A Man

I shouldn't have to elaborate on why it's destructive to assume that an influential female British monarch was actually a man. Queen Elizabeth defied every constraint her society placed on her gender and reached plenty of stellar achievements — all without a husband. Though to be fair, this conspiracy theory arises less out of the idea that there was no way a woman was capable of ruling than it does from the belief that Elizabeth had to pretend to be female to survive. Still, this makes zero sense, considering that it's widely believed that her mother, Anne Boleyn, was executed because she didn't bear Henry VIII a male heir, and considering how Elizabeth's life was made exponentially more difficult by her gender.

The 13th Amendment, which conclusively made slavery illegal in the United States, was written during Lincoln's presidency, and Lincoln himself was vocally against the practice. However, in the famous Lincoln/Douglas debates, Lincoln conceded that no, he didn't believe that black and white men were equal. And although he was personally against slavery, Lincoln only actively campaigned against the spread of slavery in new American territories — not necessarily for the abolition of slavery where it existed. Lincoln's great Emancipation Proclamation of January 1865 freed slaves in the Confederacy, but not in Union states. There, slavery remained legal.

So what does it all mean? Lincoln was certainly ahead of his time, and his dedication to finding the most peaceful viable means to end slavery should certainly be respected. But in cases of racial justice, in history and today, we have to look deeper than the surface.

7. The Civil War Was Actually Pretty Much About Slavery

The Civil War certainly emerged from conflict over the issue of states' rights versus the rights of the federal government, which had existed since the dawn of the United States. But the argument favoring states' rights was rooted in allowing states to overrule laws by the federal government and keep slavery legal. Sure, the Civil War was also sparked by irreconcilable differences between the North and South's economic systems and cultures. However, these differences existed because the economic system and culture of Southern states revolved around slavery. So no matter how you look at it, yes, the Civil War was pretty much about slavery.

8. Many Cowboys Of The Wild West Weren't White

Hollywood would like you to believe that the cowboys of the Wild West were all white. The reality was that many of the Wild West's cattle ranchers were Mexican or black. According to CNN, most historians now report that around one in four cowboys were African-American, while around one in three were Mexican. I really shouldn't have to explain how romanticizing the American frontier with whitewashing is problematic.

Don't let anyone convince you that modern society now has zero problems with powerful women. If that were true, the pervasive historical myth that Catherine the Great of Russia enjoyed sexual intercourse with horses and other animals would have long been put to death. As Robert Wilde writes, "During past centuries the easiest way for people to offend and verbally attack their female enemies was sex." Our tendency to hyper-sexualize or believe perverted sexual myths about important female historical figures proves that this method is still pretty effective. We'll never be able to conclusively prove the empress wasn't a zoophile, just as we'll never be able to prove any great male historical figure wasn't. You'd need plenty of credible sources and evidence to convince me, and these simply don't exist.

There's no denying that Marie Antoinette was a chronic spender who had a taste for the lavish and luxurious. But that doesn't mean that we can place full blame for the chaos and inequity of France's pre-Revolution economy on her back. The myth that Marie Antoinette shrugged off the suffering of her impoverished people by saying "Let them eat cake," only reinforces the popular cultural stereotype that wealthy women are apathetic to those outside their social class. Before denying this stereotype exists, consider some of society's most prevalent portrayals of Kim Kardashian.

The French Queen gave liberally to charity and never even went on the record saying the four notorious words. According to BuzzFeed, the phrase first emerged in 1765, when Marie Antoinette was still a child in Austria.

11. Napoleon Bonaparte Was Not A Dwarf

Napoleon Bonaparte's name has been lent to a psychological diagnosis which asserts that short people sometimes try to compensate for their height with overly aggressive behavior. In reality, though, at about 5 feet 6 inches, Bonaparte was of average height for his time period. Our notions of him as a dwarf emerge from British propaganda at the time of his rise to power. This myth isn't altogether too harmful, but it certainly proves that different cultures aren't afraid to spread false information about each other to manipulate the attitudes of their people.