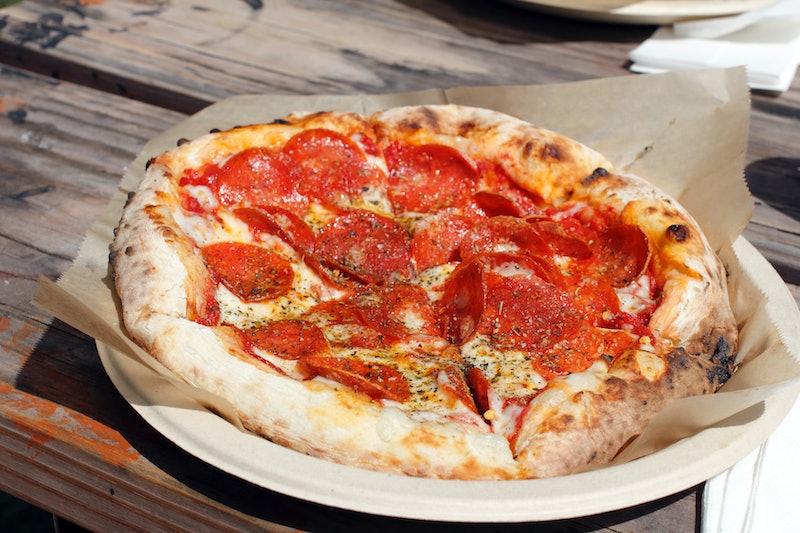 Have you heard of the new A-lister that's blowing up Twitter? His name is Pizza Rat, and he's the most New York City thing the world has seen since the French gave us some copper woman holding a torch. But, you may wonder, what is Pizza Rat? Oh, sweet child! You've come to the right place.

Pizza Rat's breakthrough role was in this short film, in which he struggles to bring a gigantic slice of pizza down the steps of the 1st Avenue L Train station (which, if you don't live in New York, just know is a subway station that is every bit as disgusting and run-down as every other subway station in New York City). Truly, it's an impressive, committed performance.

Pizza Rat, who also goes by the trending hashtag name #pizzarat, is the find of comedian Matt Little. I should probably note here that Matt Little is someone I know in real life; additionally, comedian Pat Baer, who provides the inspirational voiceover of "Get that shit" and "Live your best life!", is a former coworker of mine. That's right: I KNOW PEOPLE who KNOW Pizza Rat! I haven't been this close to fame since I saw the Super Size Me guy on the street once! I've reached out to both in my official capacity as a Bustle contributor for comment; I recieved no response by press time, but I'll be sure to update you all if or when that changes.

Is it possible that, as Little suggests, this rat might in fact be Master Splinter, the adopted father of the Teenage Mutant Ninja Turtles? We know that the TMNTs love pizza, so it's hard to argue with this interpretation. But don't take my word for it; you be the judge:

Of course, other people on the internet have other takes:

(It should be noted that President Obama did not, in fact, actually tweet at Pizza Rat; this appears to be a clever piece of Photoshopping.)

Pizza Rat: All things, to all people. He may not be the hero we want, but he's definitely the hero we deserve.