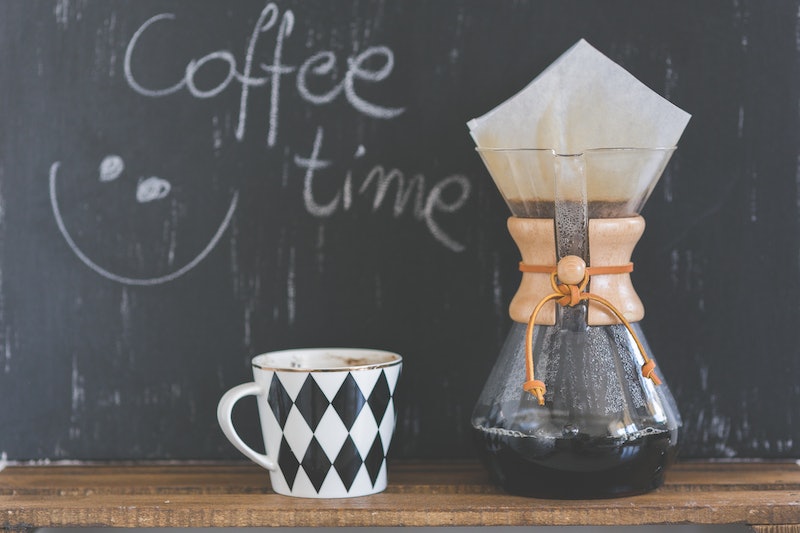 Making coffee, I feel, is one of those things that falls under Bushnell's Law: It's easy to learn, but difficult to master. It takes a lot of practice to get right, and practice is always easier when you've got someone more experienced than you to guide the way. So, here — have a video that teaches us all how to make the perfect cup of coffee. The best part? It doesn't teach us just one way; it doesn't teach us two ways; it teaches us six different ways to brew a magnificent cup of joe. Because you never know what the situation might call for, right?

Created by motion design studio and video production company &Orange, the video takes its cues from Stumptown's wonderfully detailed brewing guides. You'll notice, however, that two extremely common coffee brewing methods are not represented here: Drip and Keurig. I'd imagine that this is because both of those methods are relatively foolproof; the machines take care of pretty much everything for you, so they don't require much in the way of timing or technique. Sorry, machines, you might be easy, but you're definitely not fancy.

The remaining six methods, though, each require the meeting of some pretty specific parameters. Here are three of my favorites; scroll down to watch the video for all six. It's Saturday morning, so drink up!

Serious Eats recommends using 60 to 70 grams of coffee per liter of water for a good cup of pourover. Thirty seconds after your kettle boils, start your clock and pour enough into the cone that the coffee “swells.” After the swelling stops, pour gently and evenly across the surface of your coffee; you can stop periodically to make sure you're hitting your target brew time. Aim for two and a half to three minutes for dark roasts or three to four minutes for medium to light roasts.

Is the phrase “fantastic French press” cheesy? A little, but I love alliteration, so I'm just going to roll with it.

Other things I love include the ritual of making French press. According to The Kitchn, the water temperature and grind are the most important elements at play here: If your water is too hot, it'll scorch the coffee; too cold and it won't brew properly; and if your grind is too fine, the finished drink will taste muddy. For a 32-ounce French press, use a half cup of beans (measured before you grind them), and make sure your water sits for about a minute after it's finished boiling. Add the water to the coffee grinds in your French press, stir it with something wooden, and then let it steep for four minutes. After the four minutes are up, push the plunger, and voilà! French press. Just be sure to drink it ASAP; coffee that's been sitting around doesn't taste quite as magical.

3. The Mysteries of the Vacuum Pot

Do you know anyone who actually uses a vacuum pot? I sure don't, but I think I might have to start using one myself, because it makes your coffee look like a crazy-awesome science experiment. Also known as siphon or syphon, the method takes a little longer than some of the others here — six minutes, as opposed to four — but it's just so cool that maybe it's worth it. It's also a little complicated, so I'm going to refer you to Stumptown's step-by-step vacuum pot tutorial (with pictures!) to learn how to do it — and in the meantime, here is what it looks like while it's brewing:

Watch the full video below for three more methods, including the mighty Aeropress. Happy coffee drinking!