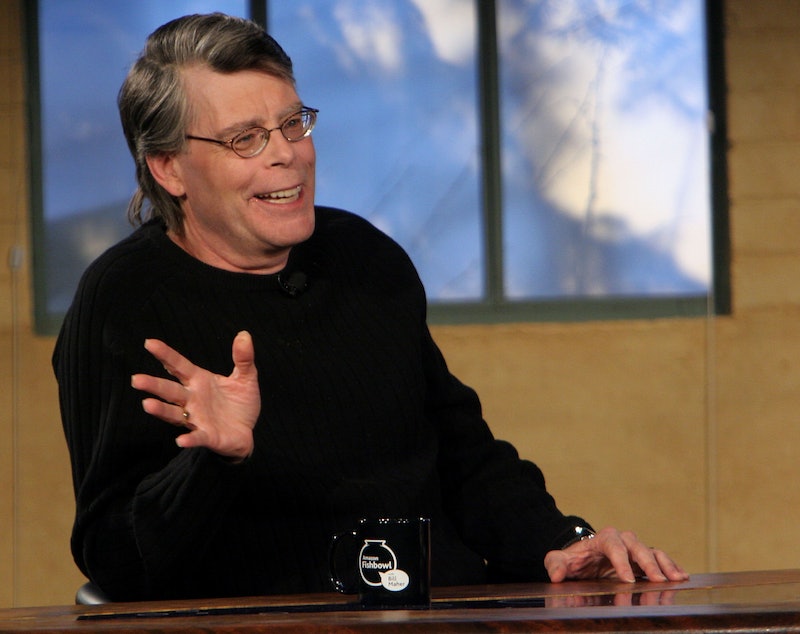 Forget writer's block. The most truly frustrating thing about being a writer is when you've gone through all the steps of publishing... and you end up hating your finished work.

Even though I've never published a book, feeling crappy about my output is a semi-regular occurrence in my life. It usually happens like this: I've finally completed what I'm working on, and decide it's time to take a break. I get up to stretch my legs and get a cup of coffee, and I'm feeling pretty darn good about what I've just written. Maybe I go back to reread it that night, or maybe I let it sit a while, but when I eventually come back to it, I pore over every word until I get to the end and realize something — I absolutely hate what I've done.

If you're one of those writers who's despised one of your own creations, then you know exactly what I mean. Whether you hate something you've just written, something you wrote forever ago, or even something that you've published — don't worry, you aren't alone. Even some of the most celebrated writers have works they aren't fond of.

Here are 9 authors who hated their successful books, so you don't have to feel so bad about yours anymore:

The grand dame of science fiction herself hated one of her earlier novels and refused to allow its reprinting. According to Octavia Butler, Survivor , the author's third novel, was too cliché and too much like the "really offensive garbage" science fiction that was popular when she was young. Though you can't buy it today (unless you want to spend close to $150 on Amazon), Survivor is still cherished among hardcore science fiction and Butler fans.

Throughout his personal diary and different correspondences, Franz Kafka pointedly expressed his distaste for his own work, including The Metamorphosis. He hated some of his writing so much, in fact, that upon his death bed, he asked his best friend Max Brod to burn all of his unpublished works, including his telling journals. Luckily for generations of readers, Kafka's last wishes were ignored and his work and diaries were published.

Author Peter Bechley didn't hate Jaws because of bad writing or poor reception, but he hated it for the "sharkphobia" it induced, especially after the release of Steven Spielberg's wildly successful film adaptation by the same name. After penning Jaws, Benchley dedicated his life to protecting sharks, especially the species of endangered great white sharks that was the antagonist of his book.

Bestselling author and king of horror Stephen King has come to dislike his book for a good reason. The first book he published under the name Richard Bachman, Rage, is the violent story of a disturbed high school student who brings a gun to school and holds students and teachers hostage. When a copy of the book was linked to four separate school shootings, King urged the publisher to take it out of print and has since distanced himself from the early novel.

In his essay collection Palm Sunday Kurt Vonnegut graded each of his previously published works. Though nothing got an F, Vonnegut gave a D to Slapstick , an apocalyptic sci-fi novel about the King of Manhattan, and last president of the United States. Maybe he didn't completely hate this book, but Vonnegut definitely didn't love Slapstick or his other novel, Happy Birthday Wanda June, which he also gave a D to.

You probably know him as the author of the original Winnie the Pooh books, but A. A. Milne actually hated the eclipsing fame of his beloved children's books. Though grateful for its success, Milne was bitter about his best known work being the children's books and not his other three novels, four screenplays, and 18 plays that he wrote for adults. Even his son, Christopher Robin, who the books were originally made for, was said to have hated the fame around Winnie the Pooh. It must run in the family.

The six-volume international bestseller My Struggle may be on everyone's bookshelf, but Karl Ove Knausgaard has some mixed feelings about it, the primary one being regret. According to the author, his deeply personal and emotional autobiographical novels ruined his relationships with friends and family members, who found their names and life stories on the pages of his books. “I gave away my family,” the author, who now lives in a remote village in Sweden with his wife and children —away from friends, family, and fame — said. “Everybody can see us."

The beloved author of the James Bond series Ian Fleming had one spy novel he ended up hating, despite his best intentions. The Spy Who Loved Me was a Bond novel told from a female perspective, which made the legendary spy's misogynistic tendencies more obvious and his heroics less notable, but critics were quick to put down the author's experiment. Though Fleming tried to keep the book out of print, it became a valuable title after his death and is a popular backlist title to this day.

The legendary author of the Sherlock Holmes books had a love-hate relationship with his leading detective and most famous character. It vexed Doyle that Holmes's name had become more famous than his own, and he tired of writing about the character so much that he even killed him off. Thankfully for us, and maybe to the distress of the author, Sherlock was brought back from the dead and many more stories featuring the unorthodox detective would follow.