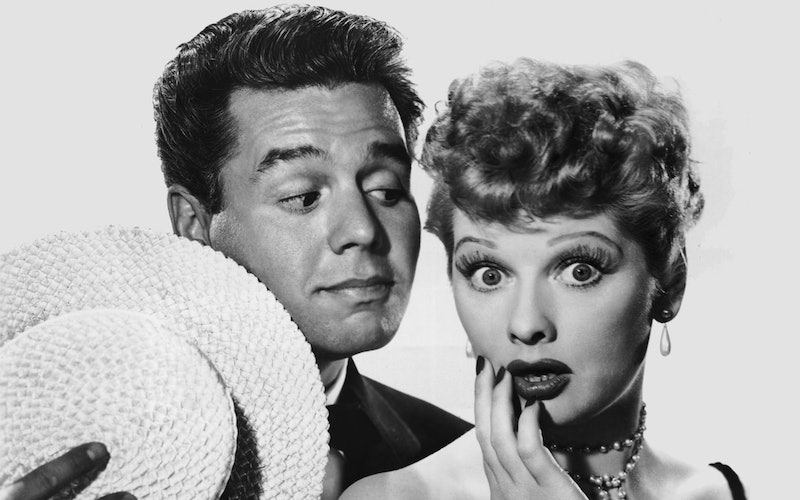 CBS offered I Love Lucy fans a special treat, a colorized Christmas special of two beloved episodes from the show's six year stint. In addition to finally getting to view Lucy's famous red hair, the special also gave viewers a nostalgic glimpse into the 50s and a whole new look at what the TV of that era would have looked like in color. The decision to restore the episodes in a "vintage" look is supposed to appeal to younger generations less open to the traditional black and white, according to CBS general manager Ken Ross. The colorization has drawn criticism for its loss of the show's traditional charm. Worth watching from the special is the famous grape-stomping scene, in which Lucy is at her comedic finest in the "Lucy's Italian Movie" episode.

At first criticized for its depiction of stereotypical housewife values, I Love Lucy unconventionally challenged traditional gender roles through slap-stick comedy. Lucille Ricardo constantly questioned her husband Ricky Ricardo's notions of sexuality, motherhood, and career life. As a tribute to one of TV's first and best female comedians, I combed through some of the show's funniest clips to find lessons we can still learn from Lucy.

1. Everyone loves a funny girl:

Lucy Ricardo redefined comedy as we knew it, embracing slap-stick and proving that women are just as funny as men.

2. Career women can still have children:

In giving birth to Little Ricky, Lucy proved to the world that she could have her cake and eat it too.

Especially in the 1950s, Lucy's marriage to Ricky was occasionally frowned upon. Lucy taught us that interracial marriage is just like any other — filled with miscommunication and mayhem.

In this, arguably the most famous scene in Lucy's career, Ethel and Lucy fail desperately at working in a chocolate factory. But I mean really, who could resist the temptation?

5. No one is actually good at flirting:

Lucy's tricks of the trade fail for her friend, proving that hip-swinging and batting your eyelashes are not man-catching devices.

6. Trying to be someone you're not never works:

The backfiring of Lucy's "evil city woman" guise demonstrates one of the show's best morals — it is always better to be yourself under all circumstances.

7. Sometimes you've got to be one of the guys:

Part of Lucy's everlasting hilarity is the way she tries, and succeeds, to keep up with all of Desi's antics and constantly redefine the stereotypes of a 1950s woman.