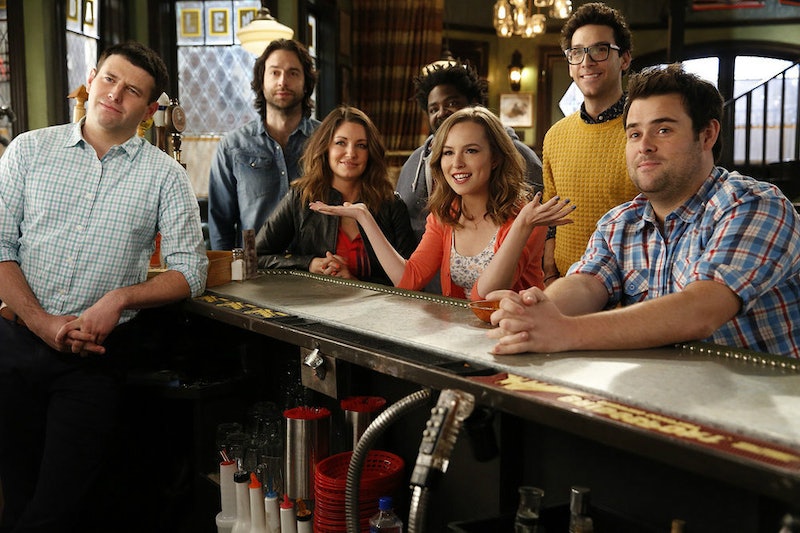 Having kissed my fair share of frogs on Tinder, I can attest that dating is horrible. The worst. Luckily, bad date stories are supremely entertaining and very fun to tell. It’s called making lemonade out of lemons. In these scenarios, the lemon is a scrubby dude who always forgets his wallet at home.

This is not to say that a terrible date doesn’t leave you crestfallen. The worst ones leave you seriously thinking, “Renouncing all my worldly possessions and becoming a celibate monk who wears a hair shirt doesn’t sound so bad!” But for those of us who are too lazy for asceticism, making the most of a bad situation helps, and the value of a cringe-worthy story is a great payoff. So chin up! That night you spent listening to some stranger talk about his reptile-hoarding proclivities makes you part of a great sisterhood. Telling your epic tale bonds you to your fellow bad-date survivors, and somehow makes you feel less alone.

And to that, I raise my single-person glass.

We’ve teamed up with NBC's Undateable to collect some stories about terrible bad dates and the lessons we've learned from them. Catch the special one-hour Season 3 premiere of Undateable on Friday, Oct. 9 at 8 p.m. ET / 7 p.m. CT on NBC.

Never Trust A Human Who Doesn't Eat On A Dinner Date ....

"I met a guy for dinner. He 'accidentally already ate.'"

... And Never Trust A Man Who Won't Share His Guac, Because He Is Probably A Monster

"I once went out with a guy who had seven gin and tonics in the span of an hour and a half. (The bartender tipped me off to the exact number while the dude was in the bathroom.) I somehow still ended up going to another bar with him, where he proceeded to order guacamole and REFUSE to share it with me, while claiming he was going to 'Throw all the hipsters over the wall and into the street.' The worst part was that he wouldn't share his guac, IMHO."

If He's Overly Eager To Pick You Up In His 'Ride,' Think Twice

"It's all fun and games until someone tries to have sex with you in a hearse. He went to hearse meet-ups and everything."

Don't Be Afraid To Internet Stalk ... It's Called A Background Check

"I once went on a blind date with a man who followed me to the gig I had afterwards, left to pee, came back an hour later very drunk, and revealed in the parking lot he had multiple felony assault charges! Google is your friend, ladies."

Sometimes, You Get A Runner

"I once had a guy leave when I was in the bathroom. True story."

"I went on a date with a guy whose idea of romance was taking me to his family's church, where they were trying to break the record for a hymn-singing marathon. To clarify, the standing record was four hours. I thought we were going to a drive-in. 'Oh, this'll be so romantic and retro,' I said. 'This can't possibly be an attempt at saving my soul,' I said."

"I was on a Tinder date with a guy who had completely lied about himself, so I was already annoyed. The bar we were at was having a trivia night; since we entered a round late, we came in last place. At this bar, the losing team (us) and the winning team (a couple on a legit good first date) had to participate in a 'physical challenge.' The announcer made me and the other girl blindfold our partners, and then he handed us gigantic cucumbers covered in peanut butter. He told our partners that they had to lick off all the peanut butter in order to win. Since I hated the guy so much for lying about himself and getting me into this situation, I was maybe (a lot) rougher with the cucumber than I should have been. At one point, I basically shoved it into his mouth to get it over with, and he immediately knocked it out of my hand. It rolled under a pinball machine and we were disqualified. I stayed for 20 more mortifying minutes before faking a work emergency."

"This was all my fault. I meant to text my friend 'Ugh, he's late ... *person running away emoji*' which I accidentally texted to HIM. This was awkward, especially because he was not late ... he was just inside the bar. As he was coming out to meet me, my ex-boyfriend walked by, and we started chatting. When the date came outside, I was talking to my ex and didn't know how to get out of it smoothly. I just continued talking to him while this guy was standing behind me. When my ex left, I turned around to introduce myself to the date and my shoe completely broke. I deserved it!"

You Don't Owe Anyone A Goodbye Kiss

"When I was living in the Netherlands, I went on a date with a guy. He conveniently missed the last train back to his city, which was 30 mins away. Everything was closed, so I had to wait with him outside in the freezing cold until the next one at 5 a.m., because I DID NOT want to go back to my apartment with him. After all that, he tried to kiss me. I said 'No thanks.'"

Some People Will Get A Little Too Comfortable ...

"I went out with someone who drank two bottles of wine. Clearly, I slept with him anyway. I woke up in the middle of the night to find him PEEING OFF THE SIDE OF MY BED IN HIS SLEEP."

... And Some People Are Just Plain Sociopaths

"I went on a first date with a dude who very casually mentioned hiding an unloaded gun under a friend’s pillow 'as a practical joke.'"

More like this
20 Women Reveal Exactly How Long It Took Them To Get Over Their Ex
By Amanda Chatel and Lexi Inks
10 Ways To Be More Empathetic To Your Partner
By Raven Ishak and Lexi Inks
Think Your Partner Is Cheating? These Tarot Cards May Confirm Your Suspicions
By Kristine Fellizar
Why A Libra & Libra Couple Might Become Codependent
By Kristine Fellizar
Get Even More From Bustle — Sign Up For The Newsletter