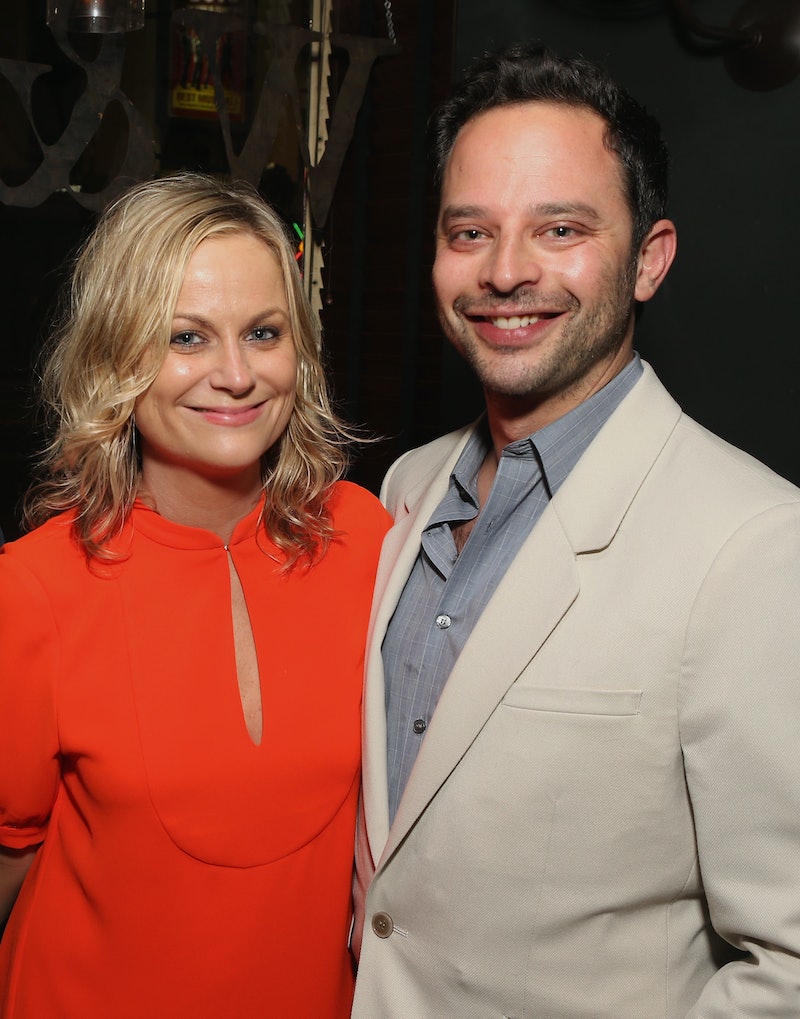 Anonymous sources claim that, “Unfortunately, they just couldn’t make the relationship work with their schedules," and that, "They really tried, but it just wasn’t realistic anymore." However, I refuse to believe this until Poehler herself speaks out one way or another on the split. In fact, I refuse to believe this until Poehler herself bangs down my door and tells me right to my face that she and Kroll are done-zo. (I am in this same state of denial about her divorce from Will Arnett, mind you, and that happened a year ago.) However, even if I do have to come to terms with the crushing realization that Poehler and Kroll are done (please, please, please let this rumor not be true), I don't think I'll need to worry about Poehler.

She might have lost out on an Emmy, and she may or may not be single again, but her career is flourishing, and she continues to be an icon and role model to a great many people. She has a new comedy coming to NBC that she herself will be producing, she'll be starring in the upcoming comedy film Sisters with her longtime pal Tina Fey, and she's never short of projects to keep her occupied as she works hard to shatter the glass ceiling in Hollywood and combat sexism in media and on the red carpet. (Lest we forget, it was her company that pioneered #SmartGirlsAsk at the 2015 Emmys.)

The possible end of a relationship is rough on all involved (and rough on the fans *sobs*), but I wouldn't panic just yet. If Poehler and Kroll have really called it quits, one or both of them is sure to speak up soon, and they both have a lot on their plates to help them deal with the heartache. If Poehler and Kroll haven't called it quits, I'll be throwing the celebratory party at my house, and you're all involved.

More like this
Selena Gomez Is Fine Being Single, But She Still Manifested Romance On 'SNL'
By Martha Sorren, Jake Viswanath and Jack Irvin
Why Sara Pascoe's Husband Is Familiar To Comedy Fans
By Alice Broster
Kendall Jenner & Devin Booker Reportedly Broke Up After 2 Years Of Dating
By Jordyn Tilchen
Paapa Essiedu Likes To Keep His Relationship Pretty Private
By Maxine Harrison
Get Even More From Bustle — Sign Up For The Newsletter