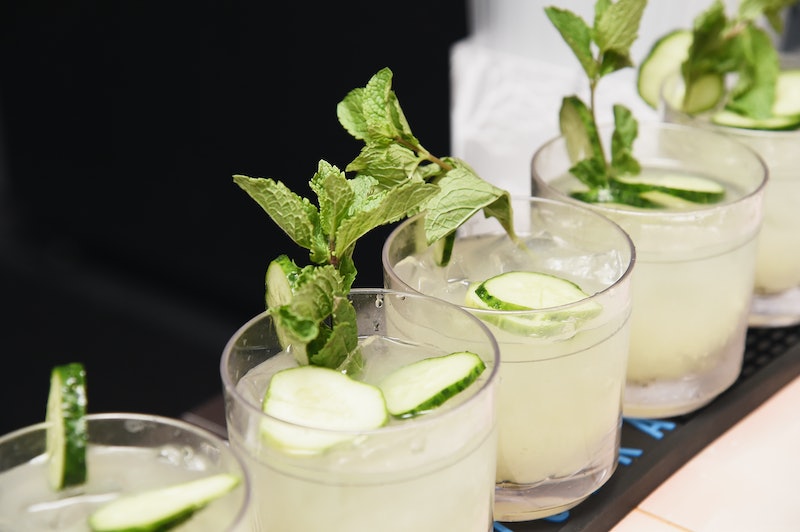 I’ll be honest: I didn't always know a ton about how to drink vodka. Vodka has never been my drink, mainly due to an unfortunate experience trying to make Lemon Drops in college. That’s not the case for a lot of people, though. In Eastern Europe, vodka is a way of life — in some places, it’s cheaper than water. (Though that might not be the vodka you want to drink if you want to avoid a terrible hangover.) The word vodka comes from the Slavic word voda, which literally means “little water.” So yeah, they really like vodka.

Vodka is a mysterious spirit. Depending on who you ask, it originated in Poland or Russia around the eighth or ninth century. And unlike, say, tequila, which is always made from agave, or gin, which always contains juniper, vodka has no consistent base ingredient. It can be distilled from grains, potatoes, beets, corn, and more. So what exactly defines vodka? Ideally, it should be almost tasteless, having been distilled multiple times and then filtered through charcoal. It will, though, have notes of the ingredients with which it was made — it just won’t have a “flavor” like whiskey or gin. That burning sensation you sometimes get with cheap vodka? That’s because it hasn’t been thoroughly distilled and filtered.

Consequently, the key when buying vodka for your home bar is to get a brand that has done both of those things properly. Death’s Door, which is distilled twice, is super smooth, with light vanilla notes. Hangar 1, which I used here, keeps its distillation process a secret, but does have some subtle floral and honeysuckle notes from the grapes it uses. For a more basic vodka that you should be able to find anywhere, my favorite is (as with gin brands) New Amsterdam.

Think you're ready for a little water? These three recipes will make you an expert in no time.

The Bloody Mary is the least vodka-y vodka cocktail ever. There are so many other flavors going on in it that it's practically impossible to taste the spirit at all, which makes them dangerously easy to knock back. If you're going to go with a store-bought Bloody mix, my personal favorite is Zing-Zang. (I actually used to work in a restaurant where we said our mix was homemade, but it was mysteriously stored in Zing-Zang bottles under the bar ...)

Bloody Mary mix is actually pretty easy to make, though, so if you want to do it on your own, check out this recipe from FoodieCrush, and then garnish to your heart's content.

This is not a pumpkin spice cocktail. Do not drink it expecting it to be. But it is tart and refreshing, and perfect for the last few warm days between summer and fall. The vodka melds perfectly with the strong flavor of the pumpkin shrub. (What's shrub? Here's a primer.) And the unique, herbal finish from the Fernet Branca rounds the cocktail out beautifully. It's sweet, sour, spicy, and pretty much guaranteed to be the best pumpkin drink you've ever had.

In a tall glass over ice, combine the shrub, vodka, and ginger beer. Stir gently. Float the Fernet Branca on top. Garnish with cinnamon-sugar pumpkin seeds.

*You can skip the Fernet Branca if you don't have it or don't want to buy it, but it really does add a lot of complexity and a much more interesting, anise-y finish to the cocktail.

Much like with gin, the test for a real vodka drinker is the martini. In this case, changing the garnish from an olive to a cocktail onion turns the drink into a Gibson. In a drink as vodka-forward as this, make sure to use a quality spirit that you actually like the taste of — there's no disguising it in this cocktail.

Combine the vodka and vermouth with ice in a mixing glass. Stir until well-chilled, and strain into a cocktail glass. Garnish with cocktail onion.

Looking for more cool food and booze ideas? Check out Bustle on YouTube!