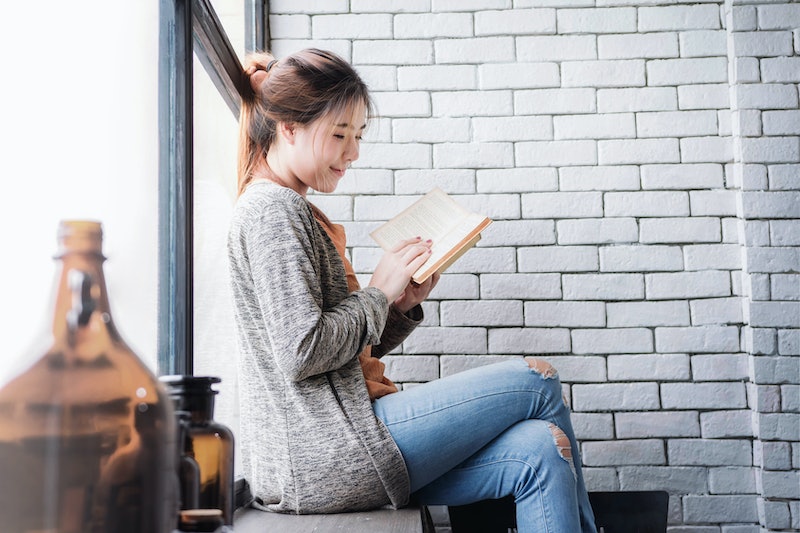 “Though we dream and hardly know it, longing, like an angel, fosters us, smoothes our hair, and brings us wild strawberries.” That’s from Marilynne Robinson’s Housekeeping, though I’m not certain at what point it’s said, or by whom: I can’t remember, even though Robinson’s first novel is one of my favorite books. I only remember those lines because I found them beautiful enough to jot down in my Moleskine, next to a grocery list that reads salmon, clems, spinach, little milk and the words December 17th @ 2, some long ago forgotten appointment.

I’ve only read Housekeeping once. I read it almost entirely in one sitting, in a library chair when I’d moved to Boston in the middle of a terrible snowstorm. The plot is simple — two young sisters, Ruthie and Lucille, lose their mother to suicide. Their aunt, Sylvie, comes to look after them in their mid-century Idaho town. She’s a bit off: mysterious, spacey, and prone to sleeping on the lawn. She’s not maternal; their house falls to shambles, and the girls never quite have a regular routine. More than a mother figure, Sylvie’s a distant sort of overseer, whose spell Ruthie falls under and whose aloof individualism angers and embarrasses Lucille.

The book made me feel things in a way I didn’t know I could. The writing was so poetic and sensual — the book is, in some ways, much more about the sun and the moon and the landscape than it is about action — but mostly I picked up on Robinson’s take on homesickness: on feeling it, even at home, while longing for a faraway memory, or anticipating a home you’ve yet to have but want so badly it feels like you’ve been ripped away from it. Housekeeping resonated with me, in that snowy new city of mine. I missed home, and I longed for a solid home in Boston that I didn’t know yet.

This was three years ago, and I haven’t read Housekeeping since. It feels like not enough time has passed, maybe, but then there's this nagging feeling that, perhaps, I shouldn't ever revisit the book. This happens occasionally, where I’ll be drinking a beer on my friend’s fire escape, or having cocoa and listening to records with my boyfriend’s roommates, and I’ll suddenly think Oh, I have a life here! Without realizing it, I've created my own home. Rereading Housekeeping — a relic from a sadder, stranger time during which I was out of place — isn’t necessary. Housekeeping filled a hole; it was a companion and a comfort when I needed it, but I don’t now.

There are other books, books that I couldn’t get enough of and similarly ate up in one sitting; Vendela Vida’s Let the Northern Lights Erase Your Name, read over the course of a day in bed, and Margaret Atwood’s The Handmaid’s Tale, read in two hours over coffee in a café on Newbury Street. I loved these books. I loved what they had to say and how they moved me in ways I’d never been moved before.

And like Housekeeping, I loved them so much I can’t bear to read them again. They fit so perfectly into a certain part of my heart, and I’m worried that they won’t fit again upon rereading. I’m also afraid of being disappointed, of having the books be not as good as I remember.

Or, maybe, they would still be good, but there are so many other factors that made each reading experience special: the bagel I ate alongside Atwood, the blankets that covered Vida and me, even the melancholy that enveloped my reading with Robinson. I just can’t recreate that first experience. It’s like taking a picture of a fire roaring in a fireplace — it’s never quite as beautiful upon a second viewing; you can’t smell the smoke, or hear the crackling, or feel the fire’s warmth on your cheek.

I'm afraid that you can’t, unfortunately, love a book as much as you did the first time you read it. So I'll look at these titles, tucked away happily on my shelves as markers of times in my life, and know the words in their pages — but that's exactly how they'll stay.

More like this
16 Novels That Paint A Realistic Portrait Of Abortion
By K.W. Colyard
13 Summer Solstice Quotes To Celebrate The Longest Day Of The Year
By Sadie Trombetta
At 14, Jenny Han Wrote Rom-Coms About Her Friends & Fan Mail To Leo DiCaprio
By Alyssa Lapid
10 Must-Read New Books Out This Week
By K.W. Colyard
Get Even More From Bustle — Sign Up For The Newsletter