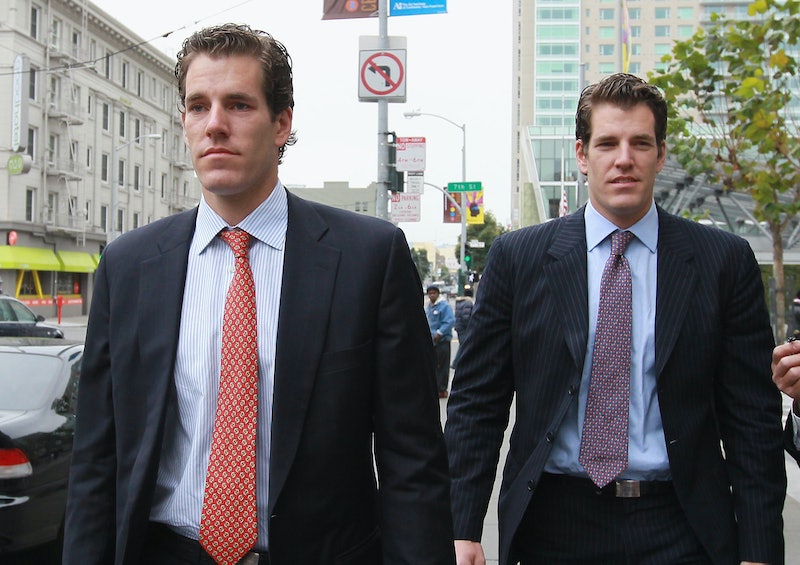 The Social Network came out five years ago today, and the social network it depicted has only grown since. While the Aaron Sorkin-penned movie depicted some clear losers and winners, all the real people from The Social Network have done pretty well for themselves if you consider making billions of dollars doing well for yourself (I do; they probably don't think it's good enough). While quite a few key players have remained in the public eye—mostly Facebook founder Mark Zuckerberg, though Sean Parker has made an appearance now and then—most people don't hear about all the other key players unless you're in the tech or business worlds.

It's interesting to consider what a movie about Facebook would be like set years into its success. There would certainly be fewer college parties and far less awkwardness, more board meetings and golf, probably. The Social Network created a mythology for Facebook, one that Zuckerberg does not apparently love, but it did humanize these billionaires. Even Zuckerberg, whose character of course won in the end, was still painted as a socially awkward know-it-all. Turns out, he's done alright in the social department, and those poor souls whose lives he appeared to have ruined have made plenty of money. Here's what all those losers are up to today.

As you probably know, Zuckerberg is one of the richest men in the world. While he has engaged in too much since the film came out to fully cover, including philanthropy, controversy, and many acquisitions, his personal life is on an upswing since the Social Network ended with him hesitating to friend request a lady. Zuckerberg got married to Priscilla Chan in 2012, and they are currently expecting.

The Facebook cofounder played by Andrew Garfield was depicted as being cut out of Facebook by Zuckerberg. This was true, but Saverin is doing quite all right. He's currently worth billions of dollars and lives in Singapore with his wife Elaine Andriejanssen.

The Napster entrepreneur was fired as Facebook's president for some irresponsible partying, but he stayed involved with the company and continued a successful career in venture capital. He has been involved in many philanthropic efforts and was an early investor in Spotify. He also had a $10 million Lord of The Rings -themed wedding and now has two children named Zephyr and Winter. He's no Justin Timberlake, but he's doing OK.

Cameron and Tyler Winklevoss sued Zuckerberg for stealing their idea. They won, and they've done even better for themselves since, having rowed in the Olympics in 2008 and invested in Bitcoin.

Though he wasn't a huge part in the film, you might remember Thiel as the company's major angel investor. He's since continued to become richer and try to convince college students to drop out of school.

The young programmer who cofounded Facebook left the company in 2008 to found the app Asana. He has been heavily involved in philanthropy and is married to Wall Street Journal reporter Cari Tuna.

The fourth Facebook cofounder left Facebook to volunteer for Obama's 2008 campaign. He became the publisher and executive chairman of The New Republic in 2012, causing much controversy, and he and gay rights activist Sean Eldridge are now married.

Not so bad for a bunch of programmers in a dorm room. In case you were wondering, Brenda Song's character, thankfully, was not based on a real person.