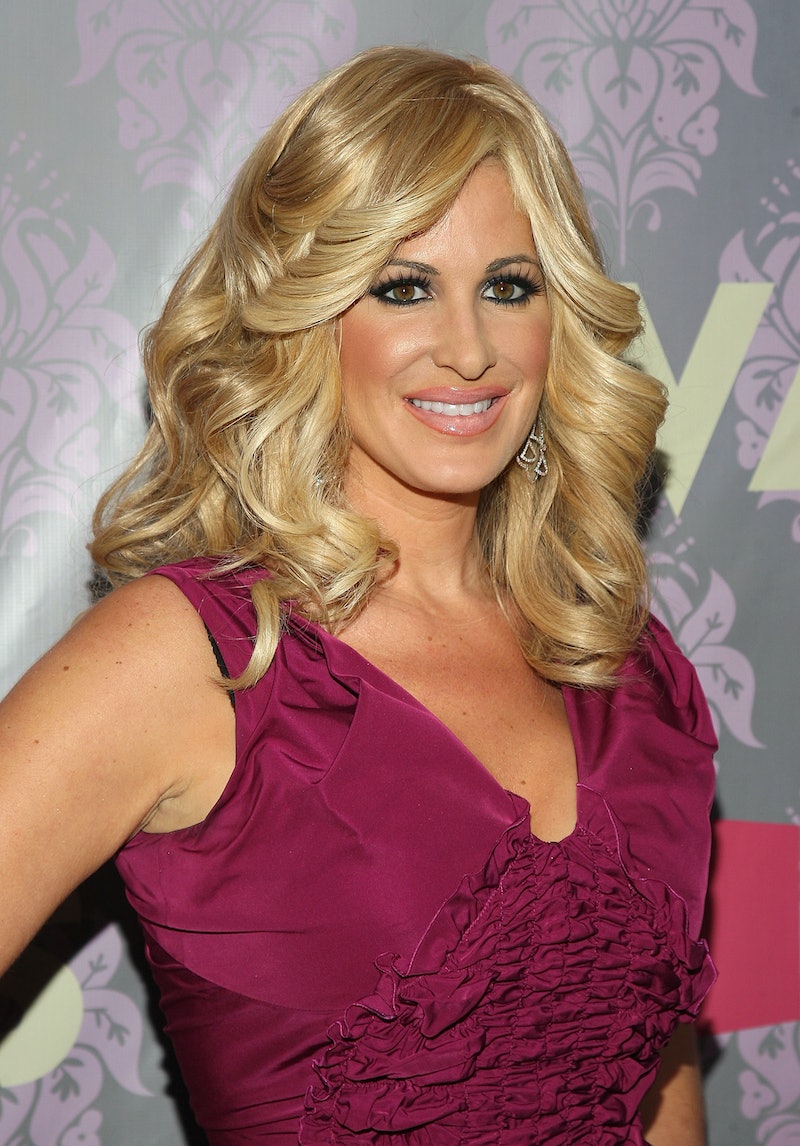 On Wednesday, former star of The Real Housewives of Atlanta had a serious health scare. Kim Zolciak suffered a mini-stroke, she announced via Instagram. After flying home to Atlanta from Los Angeles after filming for Dancing With the Stars, in which she is a current contestant, it appears the left side of her body went numb and she couldn't speak. Thankfully, the Don't Be Tardy star's husband, Kroy Biermann, her daughter Brielle Biermann, and a few other friends were there to take her to the hospital.

(Update: Zolciak tells Bustle in a statement through her rep: "I want to thank everyone for their love and support over the past few days. I am now home with my family, resting and taking care of my health. I can't express enough how much I love dancing and this whole experience, and I hope this will not be the end of dancing.")

Alongside a photo of herself at the hospital, Zolciak wrote:

The last 24hrs have been whirlwind! I landed yesterday morning from LAX (took the red eye right after DWTS) I got home and within minutes suffered a TIA (mini stroke) the left side of my body went completely numb and my speech was gone. Extremely grateful for @sladeosborne@briellebiermann @nikitpressley@kroybiermann for quick reactions! I have 100%of my feeling back THANK GOD. Still in the hospital but I just know I'm getting released today!.#CrazyAgeDoesntMatter

That's definitely scary, but it's great to hear the 37-year-old is doing well and is in high spirits after such a scary experience. Even though she appears to be doing much better, what does this mean for DWTS?

There hasn't been any word about if she'll return to the ABC dancing reality competition or if she'll quit to take care of herself. Zolciak's rep has no comment at this time. Whatever the case, let's send the reality starlet well wishes and hopes she has a healthy and relaxing recovery.