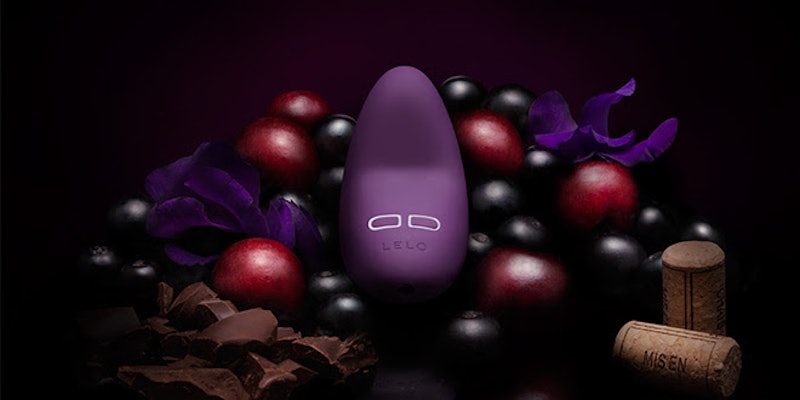 Here's what you need to know:

1. It Comes In Three Scents

You can get it in: Lavendar and Manuka Honey, Bordeaux and Chocolate, and Rose and Wisteria, each with it's own color. According to Lelo "these aromas were selected because their scents have aphrodisiac properties for example the scent of lavender is known to increase blood flow to the penis and the clitoris by 11 percent increasing arousal". I like those stats.

There's already a delay in shipping the Bordeaux and Chocolate flavor due to demand, according to their website.

3. There's A Lot Of Science Keeping It Safe

So the way the scent works is that's infused right into the plastic of the toy. There's a complicated process of roasting and freezing that is really interesting but totally over my head. As far as I can tell it means that they toy itself is scented but safe for contact.

4. It's Not All About The Smell

The Lily 2 has eight different vibration options and an increase in power from the original Lily. According to the website reviews, the power increase is a significant (and really satisfying) one. People seem to love it, so I'd definitely give it a go.

More like this
I'm 42 & I've Never Had Sex. Is It Too Late?
By Sophia Benoit
The 6 Best Closet Dehumidifiers On Amazon
By Sharon Brandwein
Using Your Pet’s Name As A Password? Here’s Why You Might Want To Change It
By Cristina Sanza
Your Moon Sign, Explained
By Nina Kahn
Get Even More From Bustle — Sign Up For The Newsletter