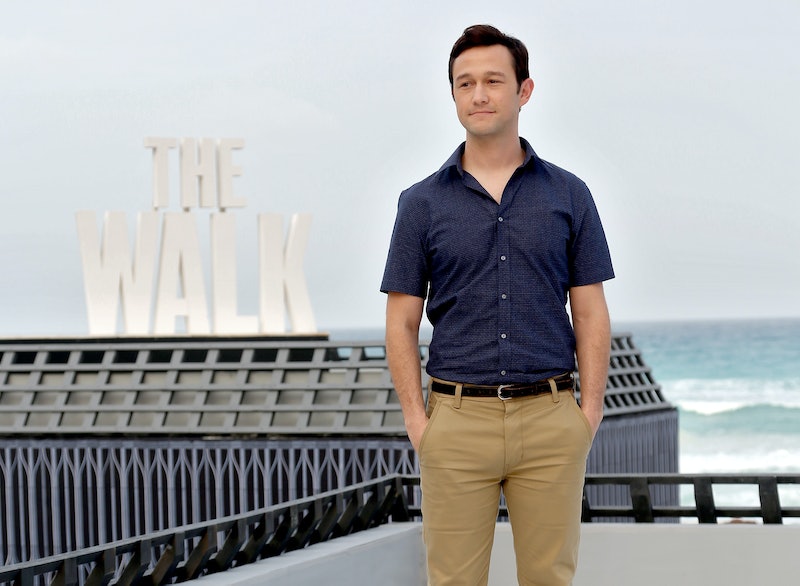 What's the only thing better than Joseph Gordon-Levitt? Joseph Gordon-Levitt with a French accent, of course. And that's exactly what you'll get in The Walk, in which the actor plays French high-wire artist Philip Petit. Petit is a real man who became world-famous when he walked across a tightrope between the Twin Towers in 1974. The documentary Man on Wire was made about him in 2008, but The Walk is the first narrative film to tell the tale of Petit's death-defying (and highly illegal) stroll between the Manhattan skyscrapers. For the role, Gordon-Levitt had to learn how to perfect not only Petit's wire skills but also his demeanor and dialect. The actor told the Los Angeles Times, "he [Philip] has a unique way of speaking," and so the two men spent a lot of time together in order for Gordon-Levitt to perfect his Walk accent by learning how to mimic the Frenchman's idioms.

Pulling off a foreign accent convincingly is a tough task (particularly when the person you're mimicking is alive and will notice if you don't get it right), but it probably doesn't seem as tough when compared to walking on a teeny-tiny wire at the top of a skyscraper with no protective gear. Amazingly, though, Gordon-Levitt seems to have pulled off both tasks successfully. Here are some other actors who have put on accents with ease:

Lindsay Lohan In The Parent Trap

Trying to play a character with an accent as a young kid must be a challenge, especially when you're also playing another character at the same time who doesn't have an accent. But Lindsay Lohan made it work as British Annie in The Parent Trap.

Ironically, the titular character in American Psycho was born in Wales and raised in England. But Bale's accent as Patrick Bateman is as American as apple pie. An even more impressive fact? When Bale plays American characters, he gives interviews in an American accent so as not to confuse viewers.

The British actor's accent as Borat was so convincing that no one really questioned the authenticity of the crazy reporter from Kazakhstan during filming. He has also shown off his versatile vocalizations with characters such as Bruno and Ali G.

Embarrassingly, when this movie came out I remember commenting to someone that "Leo's British accent is so bad." But, given that his character is South African— NOT British — his dialect is actually very impressive. Sorry for my 15-year-old self, Leo. You've got this.

There's something to be said for an actor who not only gives a solid performance but who does so while speaking in a totally different way than usual. JGL really didn't have to do anything more to claim my heart, but since he did, I'm seriously psyched to see him go European in The Walk. Oh, and since the film is being released in IMAX, you can hear his accent in surround sound. Fantastique...