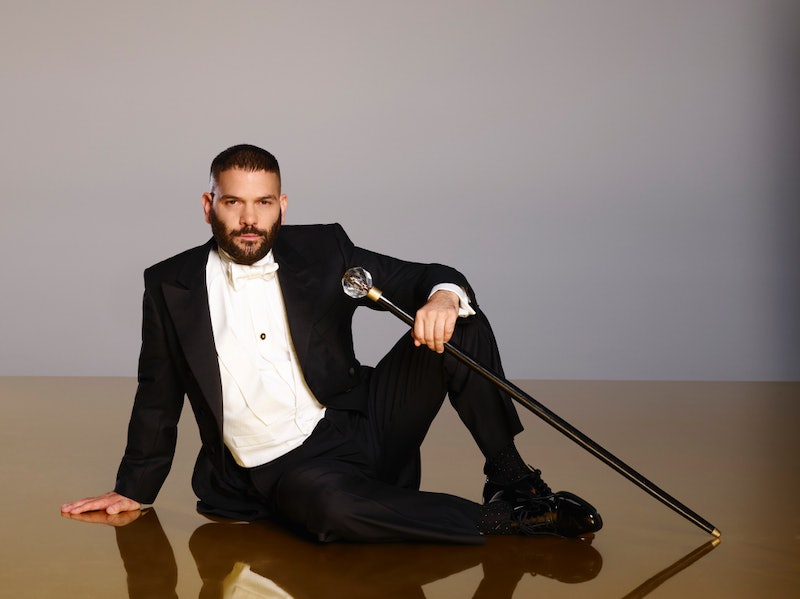 We know to expect OMG moments on ABC's TGIT (that's a lot of anagrams and I am not sorry), but there are some characters who just seem off-limits. Grey's Anatomy may have proven us wrong, but life moves on for others and I'm worried all over again. Is Huck going to die on Scandal?He's danced with death more than anybody else on this series, in more ways than one. Soft warning if you want to go into the Scandal Season 5 premiere cold — there are some spoilers below.

Huck's life was in danger at the end of Season 4 — remember how Quinn had him at gunpoint? Those two are just too much to handle sometimes. However, I don't think that Huck is dead yet. She didn't pull that trigger. Not only has Guillermo Diaz been included in the promotional images for this season, but the official ABC press release for the Season 5 premiere entitled "It's Time To Move On" tells us that not only are "Olivia and Fitz are back together again and enjoying every scandalous moment together" but also that "Cyrus, Mellie and Huck are all still dealing with the aftermath of helping Command." Unless "aftermath" means "afterlife" in this scenario, I think Huck survived his showdown with Quinn.

Huck may have wanted to die in the finale, and in some ways there nowhere for his story to go, but it's cruel to bring Kim and Javi back into the picture for so little time. I want to explore that relationship more. I want Kim to be on the inside of Pope and Associates for once. Plus, it sounds cruel, but for a character as complicated and morally grey as Huck, I don't want him to get the "easy out" that is death. From a dramatic standpoint, he has to stay alive.

Personally, I don't want Huck to die ever — unless, perhaps, in the series finale. However, it honestly depends on where they decide to go with the Command storyline. Everyone knows that Eli Pope won't be in jail or powerless together, even if "Rowan" no longer exists thanks to his Star Wars prequel Sith-like order to massacre everyone who knows his name, with Huck's help. Well, Mellie helped too — but it was by Huck's hand.

Does Huck deserve to be dead? Theoretically, yes, but the context of this show and this White House is everything. Season 5 is allegedly going to get back to the basics of Scandal gladiator-ing. Even if Marcus is joining the team, they can't do that without Huck.