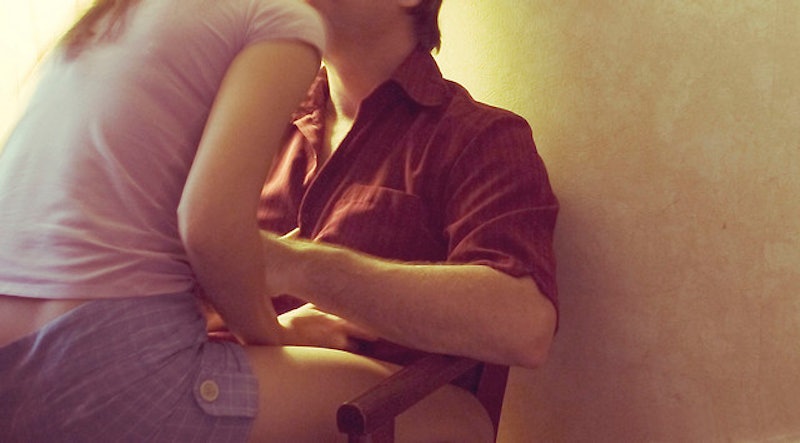 We talked to Gallop on our latest episode of I Want It That Way, where she told us all about MakeLoveNotPorn and real world sex:

Whether you detach yourself from your partner after sex or not, is your own deal. But during the act, there’s no denying that there are a range of feelings going on between partners. After all, you’re having sex with a human being, not a robot. So feeling of love, emotion, and intimacy are all there.

According to Gallop, many viewers comment on the intimacy showcased in the videos saying, “I want what you guys have.”

But as Gallop says, “It’s entirely a matter of personal choice … One of the nuances that people don’t think about is that what you may never want to do with one person, you may not be able to get enough of from somebody else. It is absolutely not about the act itself—it’s about the relationship, your feelings, and how open you are at that point in your life.”

Try it. It may work wonders.

According to Gallop, “Great sex is born of great communication.”

7. Real Sex Is Not Solely Catered Toward Men's Pleasure

More like this
The Best Time To Date After A Breakup, According To Experts
By Bustle Editors
Expert Tips For Being On Top When You're Plus-Size
By Lexi Inks
What Is The Forest Personality Test? The TikTok Trend, Explained
By Georgina Lawton
Hinge's New NFAQ Feature Is Demystifying Queer Dating
By Emma Carey
Get Even More From Bustle — Sign Up For The Newsletter