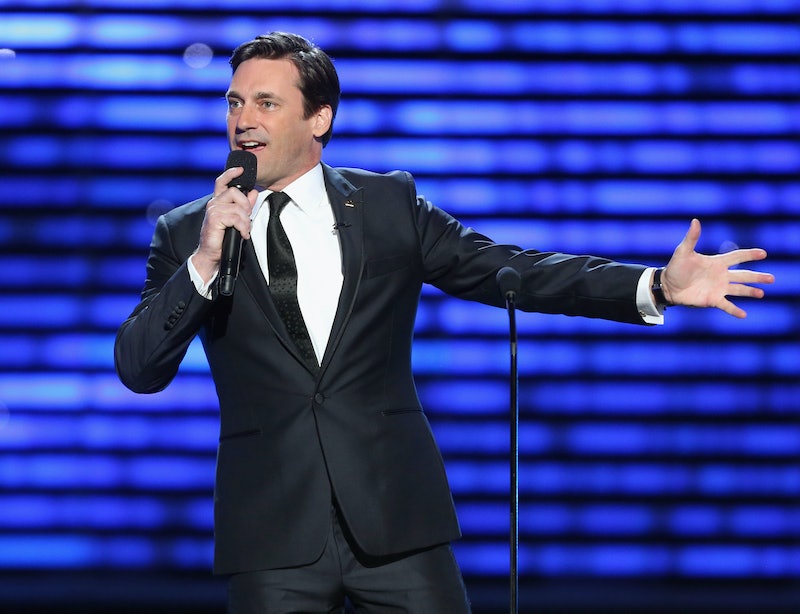 The new trailer for Disney’s Million Dollar Arm, which comes out in May 2014, is here and well, it's a little disappointing. We all know Jon Hamm is a man of many talents. He's created one of the most iconic television characters of the past decade on Mad Men and in doing so has helped change the face of men's fashion. Think of all the slick tailored suits. The polished haircuts. Cuff links! Thank you, thank you, sir. He's also totally hilarious. Which is why we're so bummed that the trailer for his new film Million Dollar Arm looks terrible. The film has a top-notch cast including Hamm, Alan Arkin, Bill Paxton, Lake Bell, and Suraj Sharma and tells the story of a down-on-his-luck sports agent who travels to India to find baseball’s next big thing. And don’t get me wrong, folks, I love a good sports film that celebrates triumphs of the human spirit. This, however, cripes.

Oh, where to even begin? Well for starters there’s the standard low-brow sexism of the “relationship” with Hamm’s gorgeous neighbor who is a “seven” and is not his type because she’s not a model. Okay, sure. We know very little of this woman other than she appears to work in the medical field (uh-oh she’s smart, she must be challenging), and thinks that the “family” thing looks good on Hamm. Because women are marriage-and-baby-hungry fiends. FIENDS I TELL YOU.

There is also oodles of casual racism in the trailer. The Indians are confused by “magic” elevator doors. They find American baseball to be “very hard” in a grossly simpleton way. Jon Hamm can’t do yoga. The love interest/neighbor wears a sexy sari. I just. Nope.

Though the movie seems more than a little painfully cliche, there are a few saving graces to the trailer:

It opens with THIS

And then there’s THIS

Then Jon Hamm lived out our true fantasy of staying in and watching TV... with Jon Hamm

Yelpers of this hotel rate the view 5 stars

There was this heavenly glow

Then the standard scruffy (and sexy) sports movie close-up