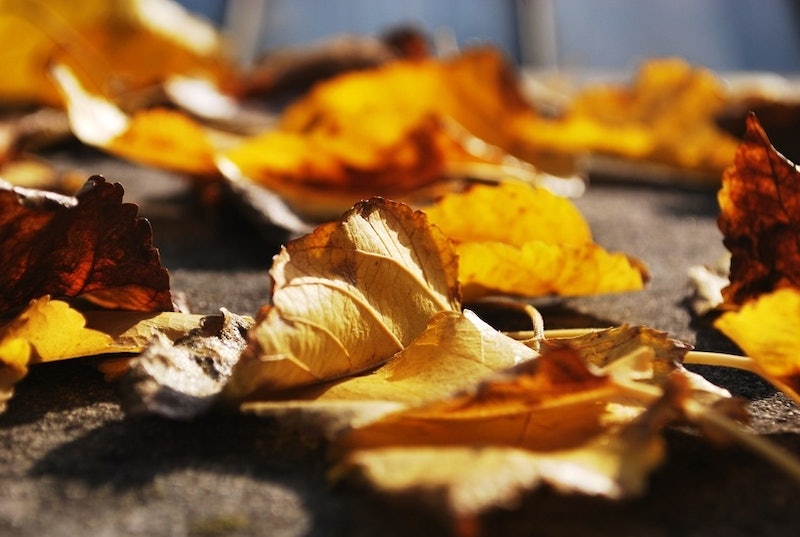 The year of 2010 was the dawn of a new age, it was right about when the mating call of the basic b!tch officially became a quiet chanting of the word "autumn." Yes, fall is lovely, and it elicits all kinds of warm and fuzzy window sill-reading sweater-covered latte-soaked feelings, but it's just a season, and the others have their merits as well. However — and I don't know how or why this happened — fall has become a borderline obsession for women (particularly of the basic variety, no hate, just keeping it #real) and on this front, ladies, I think we have some talking to do.

I love fall as much as the next person. I really do. I love it while it's here and wish for it when it goes. But there are some absolutely unforgivable aspects of autumn that we, as a species, cannot overlook anymore. Namely: the weather is nice for approximately two weeks (if that!) it's only quaint Northeastern towns that really ever experience gorgeous foliage, it's hot in the afternoons, pumpkin spice lattes are objectively disgusting beverages (you only like the name) you enter the nearing-end-of-the-year existential crisis time, you have to go back to school, your summer vacations (and dreams) are squashed, and so on, into infinity.

I really don't mean to be a negative Nancy when it comes to whistleblowing on the truth about a season, but it seems like it just needs to be balanced out a bit with the obsession. Here, the eight most devastating reasons fall — especially the beginning of fall — is not all it's cracked up to be, and you are all severely in denial.

You Can Only Wear A Sweater For Half Of The Morning

Until your "cozy fall fest look" turns into a sweating, miserable nightmare of regret.

Pumpkin Spice Flavored Things Are Not That Good

Late Summer-Early Fall Is The Worst Weather Of The Year

It's hot and sticky and not cute out yet.

It's The Official Season For Your Newsfeed To Be Filled With Pictures Of Girls In Riding Boots, Puffer Vests And Begrudging Boyfriends, Standing In The Middle Of An Apple Orchard

Maybe I'm cynical and boring but the appeal of apple picking is sincerely beyond me. Or, rather, it's not beyond me, but it's no more or less interesting or fun than picking fresh food at any other time of year.

Now You Have To Prepare To Give Candy... Not Get It

Or go to some boring ass party in a costume you are either freezing in or take off 45 minutes into the night.

It feels like just yesterday was the beginning of the year and everything was fresh and new and hopeful (sigh).

Upon realizing the season is at a close, you realized you didn't do what you want to do to #LiveItUp.

If You Express Even A Moderate Amount Of Disinterest For Fall And All The Fake Leaf-Decorations And Gross Drinks It Entails, You Are A Lesser Being

I'm half kidding about this one — let's not make #fallshaming a thing (though that's probably exactly what I did in this article, but it's a season, not a person, so onward) — but the point is that you really don't have to feel bad if you're more of a late winter or early summer aficionado. You're not missing out on the wonders of fall if you aren't in love with it. You just aren't drinking the Kool Aid. (I was going to say latte, but it just seemed too obvious.)