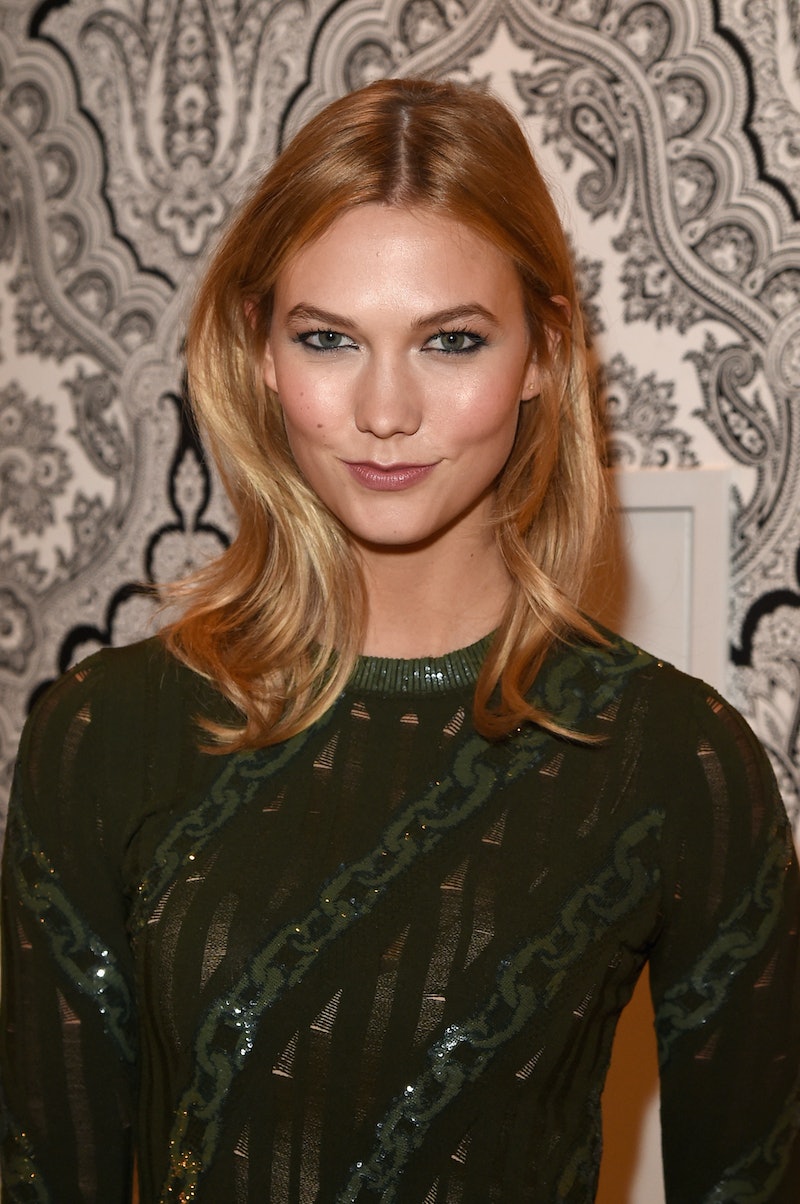 Celebs would like us to know that behind their ballin’ mansions, cool cars, and million dollar contracts, they really are just like us. Taking a pause mid-New York Fashion Week, Karlie Kloss revealed why she launched "Klossy," her YouTube channel, in an interview with Fast Co-Create, stating that despite being one of the world’s highest paid supermodels, she really is “a normal 23-year-old girl.” A 23-year-old girl who just so happens to be living a luxurious lifestyle. I’d really like a taste of that normalcy.

Models are hired to represent someone else’s brand or idea. They become the front runners of someone else’s genius and rarely are their fans exposed to the personalities of these men and women. Through “Klossy,” this particular model is developing her own voice. By creating a platform encompassing both her private thoughts and professional projects, she has constructed an authenticity all her own.

It’s fascinating just how close we come to the inner workings of our favorite starlets through social media. While I’m sure we’d all like to be bitter over Kloss’s natural beauty and success story, fans who follow her on Twitter, Instagram, and now YouTube, find it almost impossible, because she legitimately is just like us.

Whether our lives revolve around a 9-5 schedule or walking the Parisian runway, everyone has a voice that deserves to be heard. Until social media, it was a rarity to find a vocal model; their bodies did the talking. We could weigh the pros and cons of Facebook, Instagram, Twitter, etc. all we want, but these websites provided celebrities with a platform.

Check out below five reasons she launched "Klossy," as told to Fast Co-Create.

1. To Tell Her Side of the Story

"Obviously, as a model, being in the pages of Vogue is one of the pinnacles within your career, but it’s not always a reflection of me. But it's actually me on my YouTube channel — you actually see me, you hear me."

Before Kloss logged on to these programs, I can only imagine that she was mainly associated with Victoria’s Secret in the minds of fans. Now, I know when I think “Kloss,” I think not only fashion icon but philanthropist, intellectual, and Taylor Swift BFF.

I think a lot of times we see models as one sided, but by opening up across social media, we see all the sides Kloss wants us to.

3. To Get With The Times

Times, indeed, are changing, and social media definitely plays a huge roll. By Kloss giving us a behind the scenes look at what goes down on the runway, we're reminded that what she does is mostly work and little glam.

"Today, with all these platforms, you have a virtual persona — and I think it’s important, at least to me, that virtual persona, how somebody might perceive me just by looking at my online content that I’ve created. I hope that they actually get a feel for who I truly am."

You could probably get lost among all the information fed to you as a brand ambassador. Sometimes you need to take a step back and figure out who you are.

"I’m the boss. I get to decide if it’s cut or if it’s going to make the September issue."

That kind of control is something that I really enjoy and is a privilege, because I play dress-up and get to play characters for a lot of other people’s ideas or their visions, but this is mine—and there’s something really empowering about that."

A contract should employ you, not delegate you. Kloss is giving herself a chance to take control, and that is something to not only support, but greatly respect.

Want more fashion and beauty videos? Check out the video below, and be sure to subscribe to Bustle’s YouTube page for more hacks and tricks!

More like this
The Internet Can’t Get Enough Of Viktor & Rolf's Upside Down Dresses
By El Hunt
The Best Beauty Looks Spotted At Paris Couture Week 2023
By Audrey Noble
The Biggest Fashion Moments Of Paris Couture Week 2023
By Dominique Norman
Twitter Memed Doja Cat's Red Schiaparelli Look & I Am Cackling
By Dominique Norman and Kelsey Stiegman
Get Even More From Bustle — Sign Up For The Newsletter
From hair trends to relationship advice, our daily newsletter has everything you need to sound like a person who’s on TikTok, even if you aren’t.