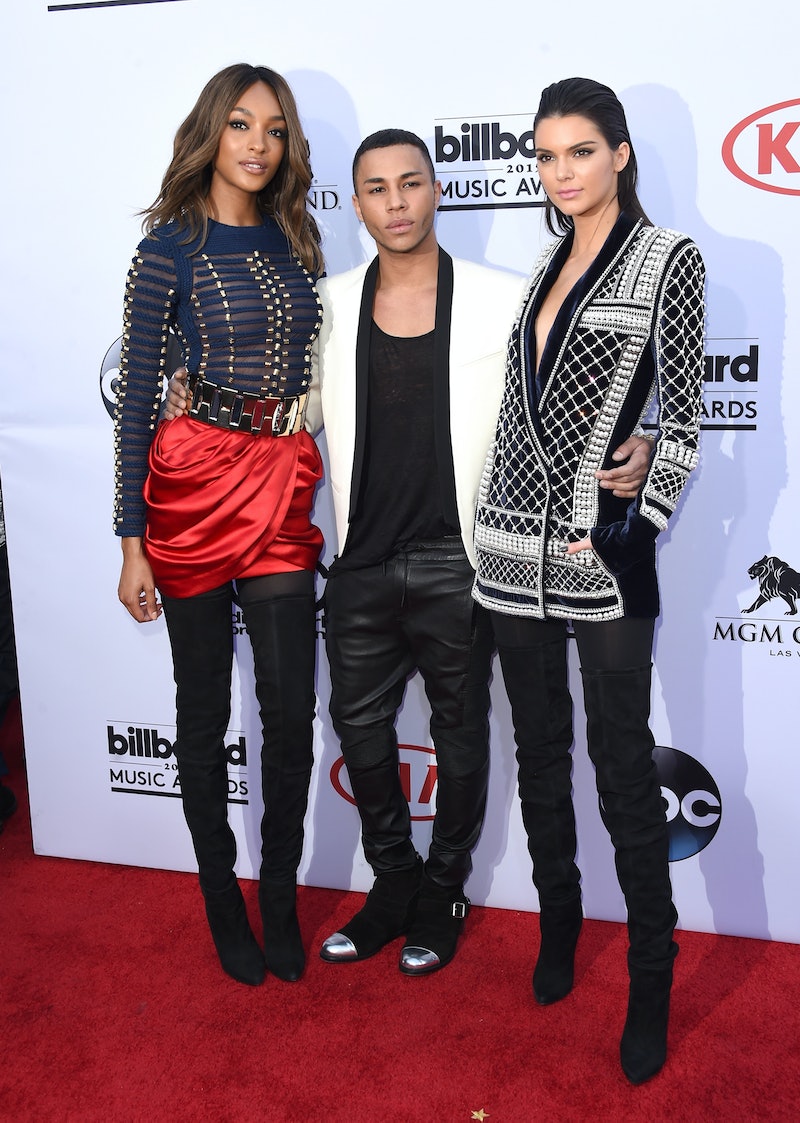 In the fashion industry, an epic collaboration calls for epic representation. It was announced Friday that Kendall Jenner, Gigi Hadid, and Jourdan Dunn star in the H&M x Balmain campaign for the brand's collaborative collection launching in November. Once again, fashion gurus crossing their fingers for a star-studded promotion can rejoice. The trio pose alongside male models Hao Yun Xiang and Dudley O'Shaughnessy in the first round of print advertisements, set on what looks to be a glammed-out, futuristic subway train, which just so happens to be decorated with top models looking fancy. Keeping it casual for this one eh, Balmain?

The group is a band of Balmain advocates, each having previously starred in a successful campaign and walked the runway for the French designer. Why fix what isn’t broken, right?

“When you love the Balmain world, you love the models that are part of it too," designer Oliver Rousteing says of his model muses according to Racked. "Kendall, Gigi, and Jourdan are my friends, and they are the perfect choice to star in the Balmain x H&M campaign."

Although, let’s not overlook some obvious factors that make this a strategic move on Rousteing’s part. Hadid was crowned 2015’s model of the year, Jenner has been fashion’s “It” girl since her New York Fashion Week debut in 2014, and Dunn has established herself as an industry icon. Keep your friends close, and your famous friends closer, right?

I've always admired Balmain from afar as I've only been a post-grad not even two years and the brand is not exactly college budget friendly, but I'm looking forward to this particular collab, especially because it will be readily available in stores and online.

I'm still debating whether or not to drip full finger-length jewels and sport the collection's tailored sweaters on my next commute, however it's definitely an option. Of course, in doing so, I'd also be forced to bend my head back, slip my hand in my pocket and look like the ultimate boss Dunn's portraying here.

One would assume modeling for the same brands would get old, but clearly that's not the case. Jenner and Dunn uploaded behind the scenes clips to Instagram Friday, announcing their involvement with the collab. Judging by their use of exclamation marks, I'm thinking they are quite excited to be back in the Rousteing's realm.

This collab is sure to be one for the (look)books.