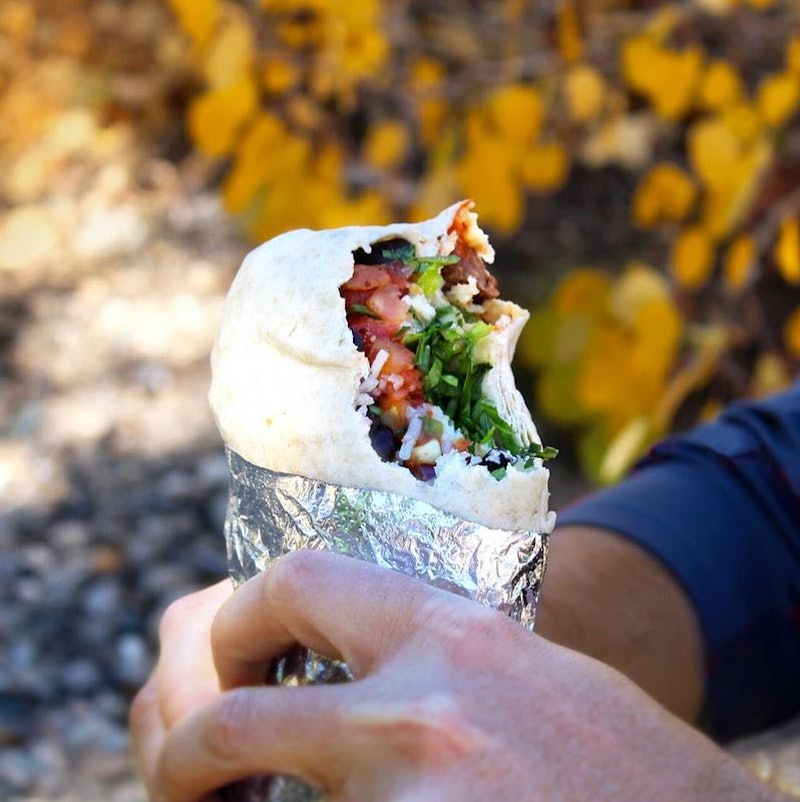 As part of their continued quest against genetically modified food (and quest to gain our love), Chipotle just revamped the classic arcade game Space Invaders to feature flying burritos shooting missiles into space. Chipotle's Taste Invaders game dubs itself "a galactic battle against artificial ingredients" — and not going to lie: It's kind of the greatest thing ever. It features everything you love about old-school video games: Wonky 8-bit background music, colorful pixelated graphics, and of course, dancing pizza.

The game carries a message, too — specifically one against genetically modified organisms (commonly known as GMOs). This past April, Chipotle vowed to stop using ingredients featuring GMOs and aims to hold itself to a higher standard than your typical fast food joint.

In Taste Invaders, you battle against an intergalactic alliance of GMOs. The game encourages players to "Know Your Enemy": Tertiary Butylhydroquinon, for example, "hides in typical fast food. Also hates kittens and freedom." Watch out!

The best part? You can play Taste Invaders on your desktop browser. Now. Right now. The controls require only arrow keys and a space bar. People seem pretty committed so far — today's high score was over 100,000 points. I averaged about 8,000. The only thing that would make it better is if getting enough points netted you free tacos.

To commemorate the glory of Taste Invaders, here are a few other old-school arcade favorites you can play right this very second, thanks to the wonders of the Internet:

Tetris really stands the test of time as one of the most fun, addicting arcade games in history. Did you know you can actually develop a syndrome where you dream about Tetris? To be honest, I probably wouldn't mind...

Many moons before there was Crossy Road, there was Frogger. Boy, I did not remember this game being so stressful!

Though there is no actual difference in gameplay between regular PacMan and Ms. PacMan, it's the thought that counts. She's definitely one of the 1980s' great feminist icons.