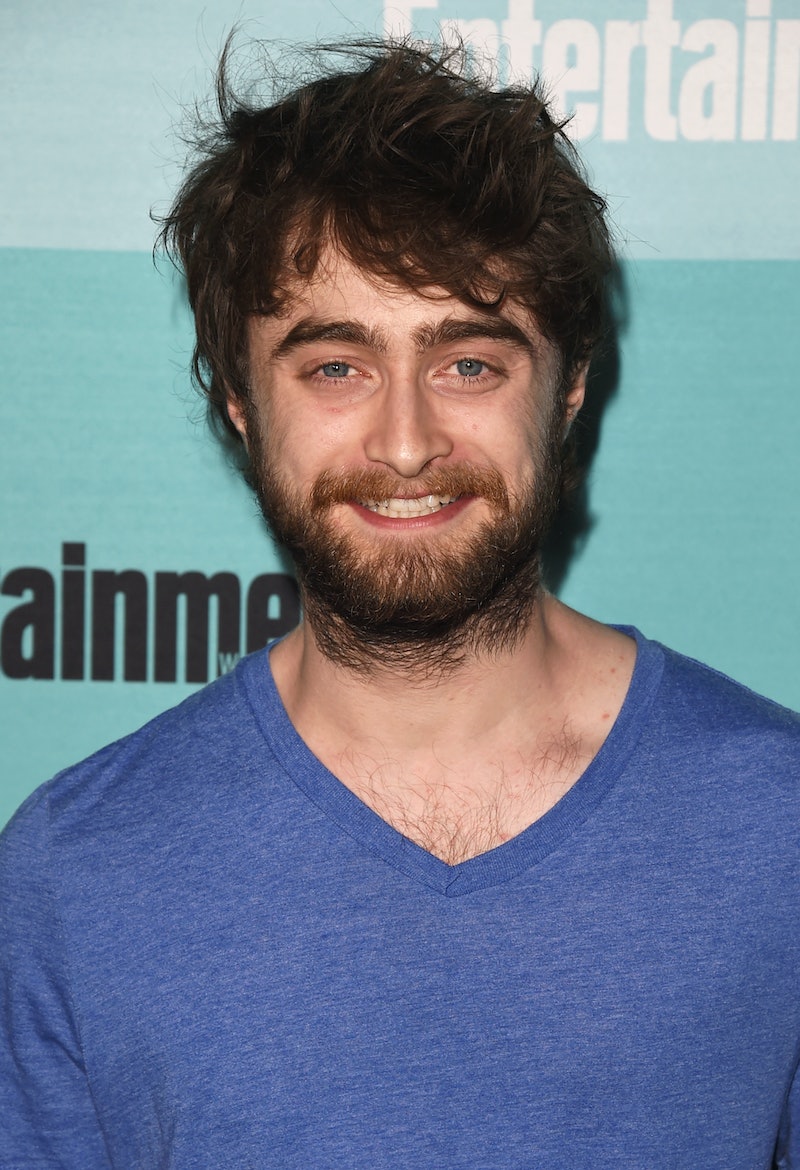 Harry Potter has a new style twin, and it's pretty unexpected. Daniel Radcliffe shaved his head for an upcoming movie role, leaving him looking less like Potter and, well, a little more like Voldemort. The resemblance is actually pretty uncanny. He's rocking pale skin and almost no hair, just like his one-time on screen enemy.

Radcliffe gave his fans a first look of his new hairstyle on Google+, where he uploaded a photo of himselfl, bald and in a camouflage shirt, to announce his upcoming role. He'll be playing FBI agent Nate Foster in the new movie Imperium, but he easily could've passed for the Dark Lord himself. The post says that they start filming this week, so there's still some time before audiences will get to see the on-screen transformation, but it's obvious from this sneak peek that he looks crazy different.

First Leo DiCaprio shaves his beard and cuts his long hair (RIP man bun), now this! We've lost a lot of good dude hair hair so far this month, which is exactly the opposite of how I pictured this fall going. I though we were in a golden age of hair, but alas. Radcliffe's shaggy locks will surely be missed, but at least now we can celebrate his piercing blue eyes and bone structure for all that they're worth, as PopSugar points out. Take a look this shocking transformation:

Am I right or am I right? And now, a moment of silence for this 'do.

All that hair will surely be missed.

Have more hair than Radcliffe? Check out the video below, and be sure to subscribe to Bustle’s YouTube page for more hacks and tricks!