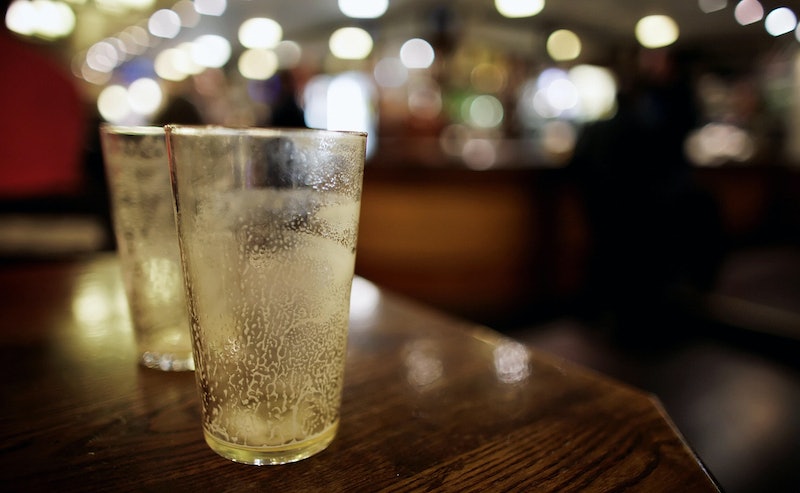 Even though Prohibition ended in the U.S. in the 1930s, there are still a decent number of individual towns and counties that have outlawed alcohol on their own, for a variety of reasons. But it seems that doing so could create a surprising problem — namely, a new study shows that counties that outlaw alcohol have bigger meth problem than counties where booze is legal. That's not good at all.

But while banning alcohol sales might appeal to many, it seems that it actually ushers in an even more concerning problem: meth. Researchers at the University of Louisville in Kentucky, which has a number of dry counties and large meth problem, looked at a possible correlation between dry counties and meth-related crime, and found that counties that cracked down on alcohol had more problems with meth than do counties in which alcohol is fully legal.

According to these researchers, this isn't just a simple matter of correlation, either. It isn't that, say, counties that have a problem with various substances are more likely to try to ban alcohol; instead, the research suggests that being a dry county actually contributes to problems with meth.

"Our results add support to the idea that prohibiting the sale of alcohol flattens the punishment gradient, lowering the relative cost of participating in the market for illegal drugs," the researchers write. Essentially, people who live in a county where they're already risking arrest for maybe buying booze covertly are less likely to be afraid of also buying another illegal substance like meth. Banning alcohol also potentially causes more people to seek out and get comfortable using a black market in their county, meaning they also theoretically know where to obtain harder substances and maybe don't see buying drugs as such a big deal.

Now, it's not like dry counties have people scoring meth left and right. Based on the crime rates that these researchers looked at, in wet counties there are on average around 40 meth-related incidents per 100,000 residents. In dry counties there are around 80 per 100,000 residents, with moist counties falling somewhere in between. So it's not like police are responding to meth-related crime daily in dry counties. However, that is still a big difference. According to their calculations, if all counties in Kentucky became wet counties, meth lab seizures would drop by 25 percent.

So, which states would benefit the most from getting rid of cry counties? Well, here are a few that have a lot right now:

In Arkansas, 37 of the state's 75 counties are dry, and in a strange twist, the state's liquor lobbyists are the ones who try hardest to keep it that way, since existing bars and liquor stores don't want to lose the extra out of county business. Meaning Arkansas probably won't go wet any time soon. Which is unfortunate since meth is the state's most common illegal drug.

Thirty-nine of Kentucky's 120 counties are dry, while 49 are moist. Only about a quarter of the state's counties are considered wet counties. Kentucky is also reportedly the number three state in the country for meth production, and dealing with the problem is incredibly costly.

So, could these states make a dent in their meth problem by allowing more alcohol sales? Well, things in life don't always play out quite so neatly as that, but this new research certainly suggests it's a plan worth exploring.