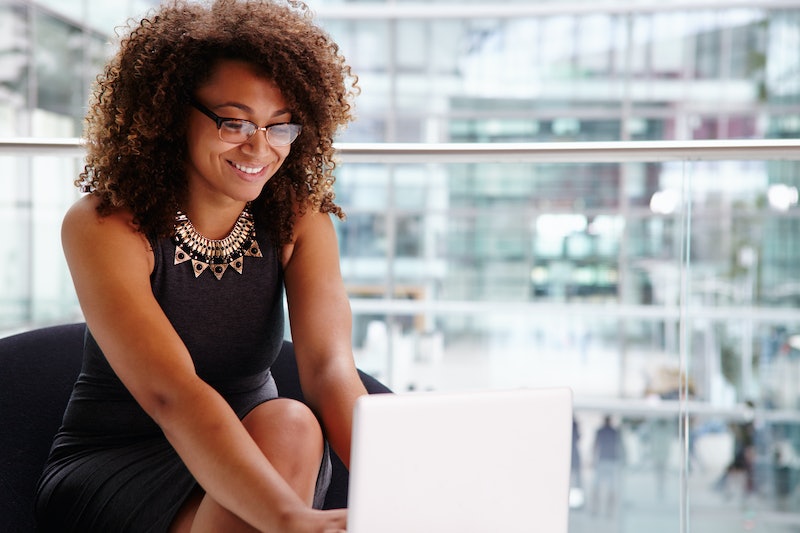 You know that saying, "God, grant me the serenity to accept the things I cannot change, the courage to change the things I can, and the wisdom to know the difference"? The problem with that bit of wisdom is that it doesn't have any space for whining. Complaining, whining, throwing a fit: it's part of the joy of being a human. Who doesn't get a serious, all-over thrill from submitting a terrible Tripadvisor review, or whining aloud about deadlines? It's like a negativity orgasm. Or misery-crack.

But there are some things in life that grown-ass, adult women should just stop being negative about. There's no point. After a certain level, complaining is just needless, wasted energy that could be better spent conducting a Beyonce dance-off or writing a bodice-ripping bestseller (hey, now that Jackie Collins has passed on, there's a gap in the market). Do an experiment: count how many times in a day you complain or vocally air your dislike about something. You may find you're using your blasts of dissatisfaction as replacements for actually bonding with people or fixing the issue.

Complaining is fun, particularly if you're good at it. (Describing a terrible piece of dessert as a devil baby's spit-up? Heaven.) But it's also, frankly, not going to get you anywhere. Be proactive. And save the metaphors for the bodice-ripper.

I absolutely get the need to whine about the amount of work you have on the table. If you're in a high-stress situation (motherhood, law degree, whatever) it may be the only thing that keeps you sane. (Though, pick your audience: complaining about your term papers to friends who've just pulled six all-nighters as doctors is not going to get you anywhere.) But there's a sub genre of complaining here that needs to be addressed: procrastination whining.

"I haven't done anything and it's due in five days" may seem like it's humble, self-castigating even, but really it might strike people as aggravating: you've made complaining into another way of avoiding doing your tasks. Which is genius, but also self-defeating, which is something a grown-ass woman is not. Pack up the procrastination talk.

I have no tolerance for this sort of behavior. Sh*t-talking a partner to other people is not good practice — the friends get caught in the middle, the partner has their personal boundary betrayed, and you, frankly, do not look good. Seeking help for serious issues or disagreements is fine, but run-of-the-mill complaining — he never does the dishes; she's such a cheapskate — is rude. Complaining within a relationship is one thing — as long as it's a part of the conversation about fixing what annoys you — but simply badmouthing them to others? Bad manners.

Replace complaints with actually trying to deal with the issue. It may be that you've been gaining pleasure from scoring "points" over your partner, and bonding with friends by garnering their sympathy. Cease and desist.

The key issue here is that complaining is likely never getting you anywhere. It won't bring any new catharsis if you're rehashing the same hurt from the same angle; it's likely too far gone to challenge any of the main players, and it may block you from taking new opportunities. It happened and you're still mad about it — that's OK. But take steps to feel better, rather than dwelling unproductively.

I get this one. I have a complicated relationship with my parents. However, blaming parents for a huge swath of problems and letting all of their habits and tics get to you is a stage that must, at some point, be grown out of. Parents can be annoying, embarrassing, demanding — and have been for years — but keeping the same level of vocally resistant angst as you did as a teen indicates that you may need some help moving out of the family bubble.

If there were some sort of tracker about complaint levels throughout the year, the holidays would probably be the spike point. Unless your family is one of the supremely, unusually terrible ones, allow yourself one vent, and then try to find proactive ways of dealing with familial difficulty. You're an adult; get strategies in order. (No, throwing the turkey is not a strategy.)

This is complaining as a form of boasting. Saying "I'm so broke this month, I spent my pay check on a Birkin" is all very well and good when you have a trust fund, but if you're surrounded by other struggling people who need to choose between rent and being able to eat fresh vegetables, you should perhaps put a lid on it. The urge is one of social positioning: it may be real complaining, but it's often pitched to inspire envy as well as sympathy.

Complaints about lavish spending habits are also a bit difficult because, after all, they're your own fault. The buck stops with you and your credit card; there is no other person to blame, and consequently the complaints just make you sound out of control of your own life. If you need to return the bag, return it; but don't fill the coffee shop with talk of yet another maxed out card.