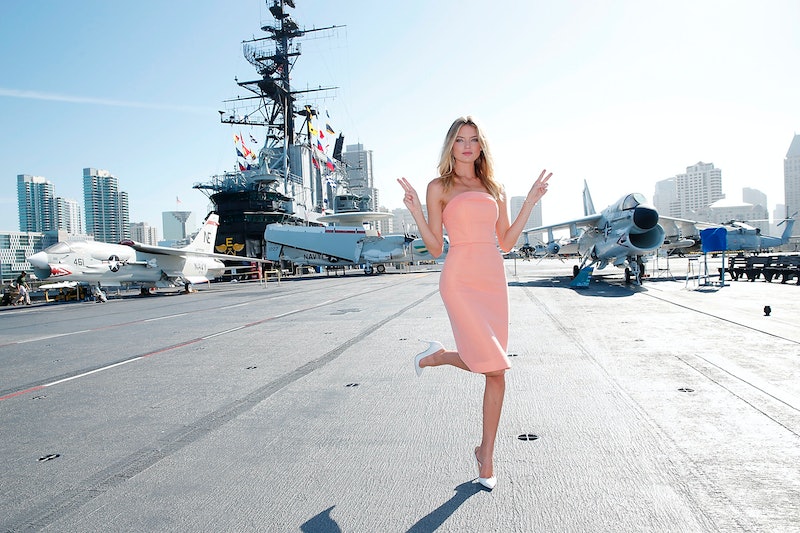 Planned Parenthood's website describes Pink Out Day on Sept. 29 as:

Our time to say: Listen to over a million Americans who are sick and tired of the relentless attacks on reproductive health care. Listen to the one in five American women who has received care at a Planned Parenthood health center. It will tell anti-abortion extremists and politicians that we are everywhere and we will not let them use fraud and deception to shut down the health centers so many women rely on for care. It will be women and men nationwide standing together to say: We’re not backing down, not today, not ever.

To add more visibility to the cause, Planned Parenthood is encouraging everyone to wear pink (seems like a no-brainer), and to share #PinkOutDay across our social media platforms. There are also Pink Out Day events happening around the country where groups will gather to rally in support of Planned Parenthood and to call for continued federal funding. Planned Parenthood is also offering free STD testing in 28 states.

In an article published Tuesday, Jezebel noted that the decision to hold Pink Out Day on Sept. 29 was a strategic one, as Tuesday is the day the House Oversight And Federal Reform Committee is convening over the allegations leveraged against Planned Parenthood in the "Planned Parenthood sells baby parts videos."

More like this
The Families Of Grenfell Tower Are Still Waiting For Justice, Five Years On
By Bustle UK
34 Quotes That'll Inspire You On Juneteenth & Beyond
By Syeda Khaula Saad and Siena Gagliano
42 Black Owned Fashion & Beauty Brands To Support Today & Always
By Mekita Rivas, Shea Simmons, Kui Mwai and Dominique Norman
How To Fight For Reproductive Rights, Based On How Much Time You Have
By Courtney Young
Get Even More From Bustle — Sign Up For The Newsletter