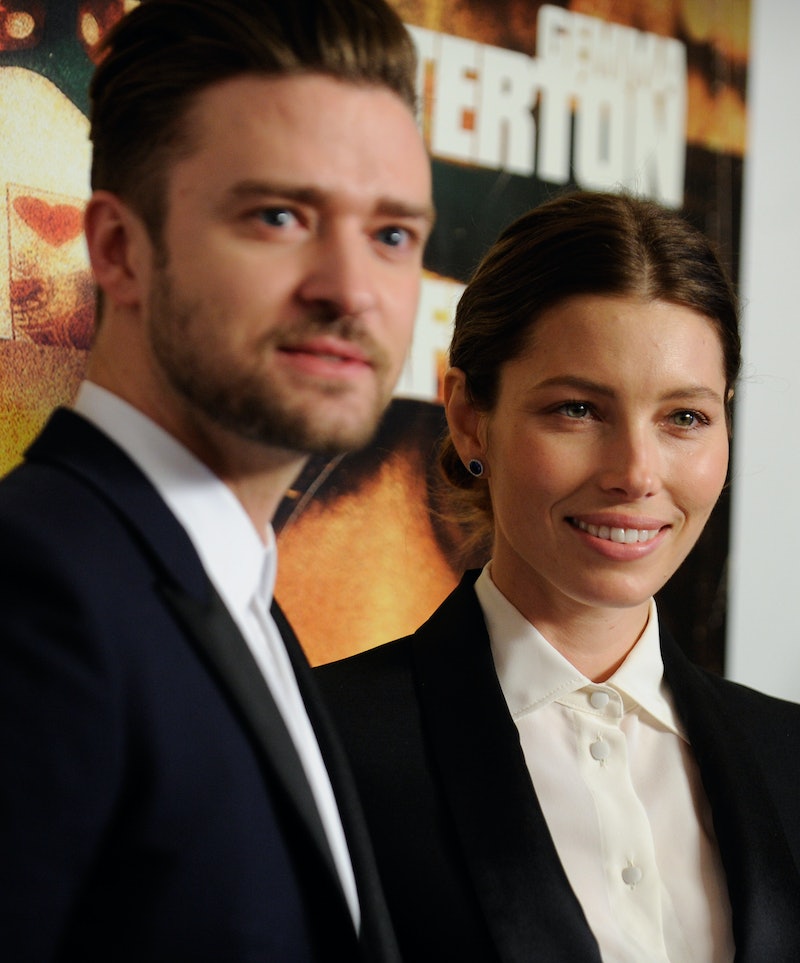 Justin Timberlake superfans, don't get your hopes up. Despite reports that Justin Timberlake and Jessica Biel's marriage might be over, a simple glance over the reason this split is suspected reveals that apparently, in Hollywood, being a couple means being completely codependent with no schedule of your own. Because Biel didn't show up for Justin Timberlake's SNL stint, because he actually attended the afterparty, and because she didn't go to the American Music Awards, they're now rumored to be getting divorced. Obviously.

In order to avoid break up rumors, it seems that they must accompany each other absolutely everywhere, including going to SNL, which, by the way, Justin Timberlake has hosted five times. It means that, since you're not trying to get laid, you are expected to return home early like a good little boy instead of partying with friends until the early hours. Hell, I can't think of a single reason I'd want to stick around partying with SNL cast members until 5 a.m., I'm in a relationship after all! Oh wait... just kidding. Just because you're committed doesn't mean you can't do your own thing. I'd actually sell my boyfriend if it got me a night with Seth Meyer and the crew, sorry I'm not even remotely sorry.

If J.T. and Bielsy want to dodge the train to Splitsville, it apparently means they have to go to every single award ceremony and every public event together (bonus if they go hand in hand!) simply because hey, they love each other right? Sorry, but no. Visible attendance at the same event doesn't prove one is either in or out of love.

One of the most admirable things about J.T. and Jessica Biel's marriage is how low key they are about it. Marriage shouldn't be a publicity stunt, and it speaks to the professionalism of both Biel and Timberlake that their marriage is one of the least interesting things about either of them.

Furthermore, it really sucks that Timberlake rocked the shit out of his SNL spot, and the most interesting thing we can think to comment on is that his wife didn't make an appearance. Is that where we're at now? She doesn't show up to two events and their relationship is over? My boyfriend refuses to come to zumba with me, does that mean we're not together anymore? NO YOU CRETINS, NO. Maybe I'm getting heated about this but goddammit, can we please just leave them alone? They're beautiful and happy, let's just let that be until, you know, they actually aren't.