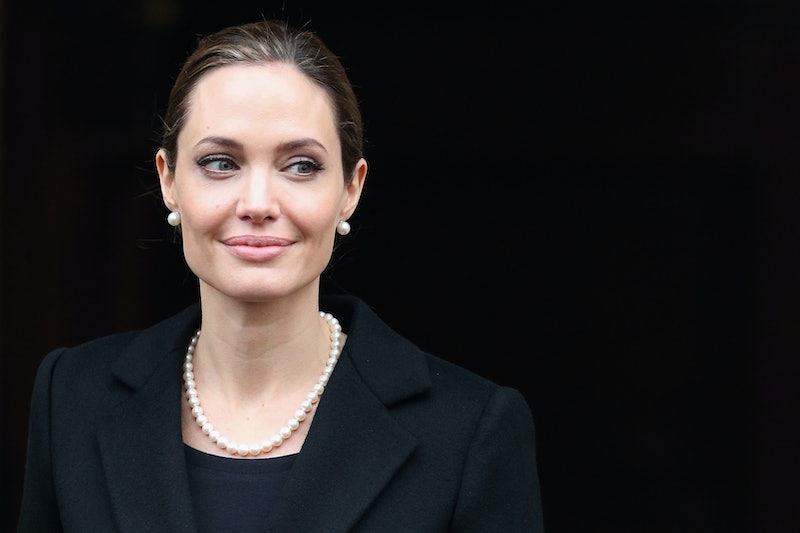 While screening for breast cancer certainly seems like a reasonable precaution, experts are now saying that most women don't actually need to go so far as to take genetic tests. According to the U.S. Preventive Services Task Force (USPSTF), only a small number of women who have a family history of breast cancer need to be tested for mutations in the BRCA1 and BRCA2 genes that increase the risk of getting cancer. According to the task force, 9 of 10 women don't need — and shouldn't receive — genetic testing to see if they are at risk for breast or ovarian cancer. The USPSTF initially made this recommendation in 2005, and recently upheld this suggestion.

Doctors are worried that many women can end up having their breasts and/or ovaries unnecessarily removed in order to prevent a cancer risk that they never actually had. (Because, Angelina Jolie did it? Yeah, that's how we make all our decisions.)

"All of us have a copy of the BRCA gene, and some of us have a mutation. Some mutations increase the risk of breast cancer by up to 85 percent, others by 40 percent, others by 10 percent,” said Dr. Otis Brawley, chief medical officer of the American Cancer Society. "But the woman who now knows she has a mutation is very frightened and very upset, and no amount of explaining that it's of little to no significance will help.”

Genetic testing for breast cancer has been a popular conversation in the news after Angelina Jolie’s New York Times op-ed about her decision to undergo a double mastectomy. As Bustle previously reported, the effect of Jolie's announcement may have been overestimated:

Jolie’s mother, Marcheline Bertrand, died of breast cancer, which made the actress hyper-aware that she’s genetically predisposed to developing the disease. So Jolie took medical precautions, had a mastectomy, and wrote publicly about her experience to raise awareness about how to reduce the risk of getting breast cancer.

But according to new research, Jolie’s story in the New York Times actually didn’t end up leading to an increased understanding of the genetic risk of breast cancer. The study, published Dec. 19 in Genetics In Medicine, revealed that 75 percent of 2,500 surveyed Americans were aware of Jolie’s story. But less than 10 percent of people correctly answered questions about the typical woman’s risk of developing breast cancer, including the BRCA gene mutation that Jolie carries and wrote about.

“Ms. Jolie’s health story was prominently featured throughout the media and was a chance to mobilize health communicators and educators to teach about the nuanced issues around genetic testing, risk and [preventive] surgery,” said Dina Borzekowski, the study’s lead author. “[It] feels like it was a missed opportunity to educate the public about a complex but rare health situation.”

It’s understandable that women would feel compelled to do anything and everything necessary to avoid a major health risk like cancer. And in the case of removing breasts and ovaries to avoid breast cancer, unnecessary surgery can cause more bodily harm than good. But perhaps this task force should give women and their doctors more credit: it wouldn't hurt to know our risks, and it's unlikely decisions like Jolie's would be taken lightly. We handle decisions about our own bodies, thanks.