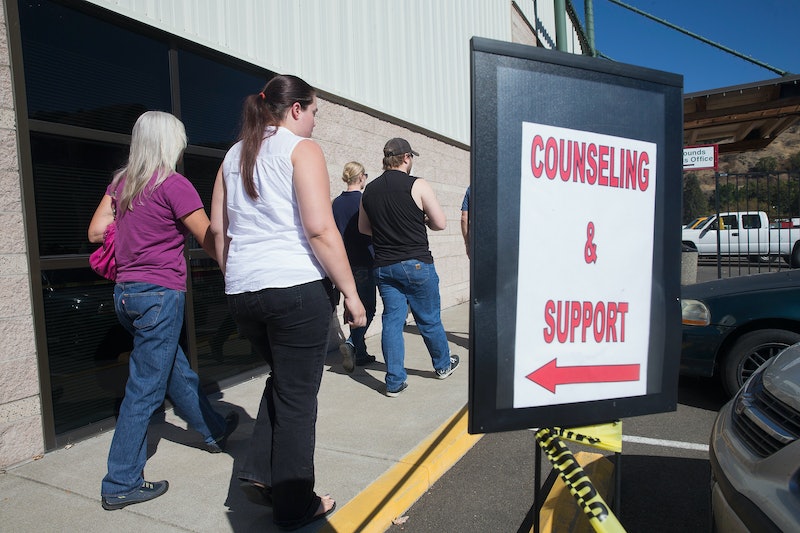 For sexually abused teens, there might be light at the end of the tunnel. But the solution isn't easy. Researchers found that a type of therapy normally used for soldiers with PTSD is extremely effective in battling depression and stress in teen girls who've been raped. The same kind of so-called "exposure therapy" has been implemented with veterans who suffer violent nightmares and flashbacks.

Even though re-exposing young girls to atrocities they've suffered may seem counterintuitive, a new study shows that it's more helpful than traditional therapy. After the exposure therapy, 83 percent of girls no longer displayed PTSD symptoms, compared to 54 percent of those who only received conventional counseling. In fact, encouraging rape victims to forget their trauma may actually be more harmful in the long run, according to the study's lead author, University of Pennsylvania psychologist Edna Foa.

The six-year study, published Tuesday, was the first of its kind to document prolonged exposure therapy for sexually abused teen girls. Foa and her team studied 61 girls ages 13 to 18 at a rape crisis center in Philadelphia. Many had been abused by a relative. Researchers conducted four days of exposure therapy, along with two extra days of counseling and 14 weeks of additional therapy. The two-part system made victims tell their stories and visit "safe" places or perform activities that remind them of their attacks.

Foa says the girls were first troubled by speaking about their ordeals, but they soon opened up:

“They get a new perspective of what happened. They get used to thinking and talking about the memory and realizing that it was in the past, that it’s not in the present anymore.”

Psychologists have been hesitant to try exposure therapy with children and teens in the past, since they are still fully developing. But this study shows that by having the girls tackle their issues head-on, they were able to reap the benefits of therapy and experience closure. The girls also reported less depression and better daily functioning than those who only received general counseling.