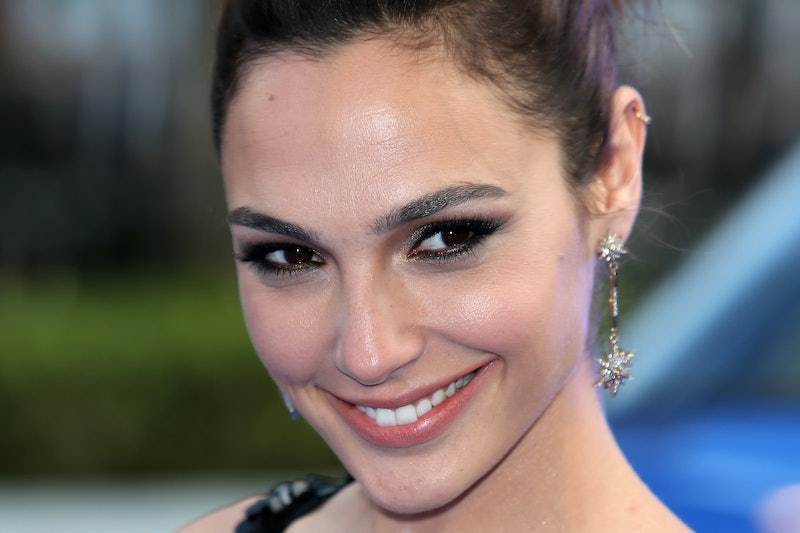 Ever since she was cast in the sequel to this summer's blockbuster Man of Steel, Gal Godot has been getting flack about taking on the comic world's most famed female hero. But Gal Godot has opened up about what portraying Wonder Woman will look like in her first interview about the role. And from the looks of it, this ain't your grandma's Wonder Woman. Sure she's still a gorgeous brunette, but Godot's version will be taking some liberties, including a modern makeover. From this interview and others, here's what we know about Superman vs. Batman's leading lady:

In the interview with Israel's top entertainment site, Good Evening with Gai Pines, the interviewer told the actress, point blank, that some people think her breasts are too small to play Wonder Woman. Godot responds in impeccable form:

I represent the Wonder Woman of the new world. Breasts… anyone can buy for 9,000 shekels and everything is fine. By the way, Wonder Woman is amazonian, and historically accurate amazonian women actually had only one breast. So, if I’d really go “by the book”…it’d be problematic.

2. She will be able to kick your butt

When asked if she would gain weight for the role to become the more figure-eight Wonder Woman we are all used to seeing, Godot responded:

3. She was just as surprised as her haters that she landed the role

She told the Israeli publication:

I was just on my way to shooting at LA. I landed at NY in a connection flight when my agent, Hadass Lichtenstein, called me. She says to me “Wonder Woman!” and I’m like “What??” – “The role is yours!…and it’s a secret and the news are not yet announced and you can’t tell anyone…”. I’m saying to her “Are you serious??”- and we both scream! I remember laying in the darkness by myself, staring at the ceiling, and I was telling myself “It’s not real!”

4. This Wonder Woman will be "empowering," whatever that means

Man of Steel producer Wesley Coller said of the character addition to Man of Steel sequel:

"I have a special place in my heart for the idea of a strong, empowered female superhero being out there.”

5. She may or may not get her own film

"We’re super excited to have her in the film, it will be a ton of fun," said producer Coller. But: "We’ve got to stay focused on the film we’re working on now."