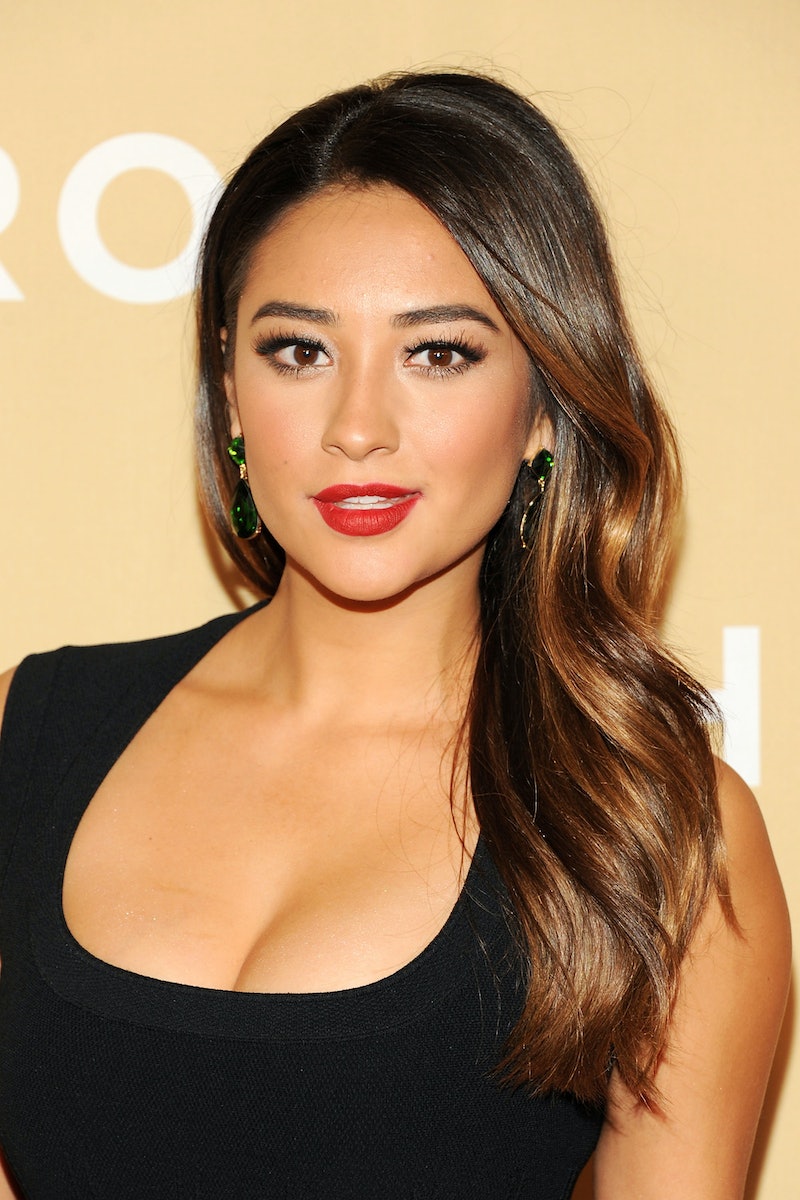 ABC Family's Pretty Little Liars is going to get sexy and really damn confusing in the upcoming second half of its fourth season. A few lucky Twitter fans of the hit show got an early Christmas present when PLL creator I. Marlene King answered two questions that gave away a bit about where the show is headed when it returns on Jan. 5, 2014. Her biggest reveal? Shay Mitchell's Emily Fields and Lindsey Shaw's Paige McCullers will have a sex scene. They're taking their relationship to the next level and will star in the series' third sex scene since its breakout premiere in 2010.

The first half of Pretty Little Liars' fourth season put "Paily's" relationship through a serious amount of turmoil when they were forced to come to terms with the fact that they wouldn't both be attending Stanford together. Emily panicked, because she always does that, and initially pushed Paige away before realizing that it doesn't matter if they'll be together in the future, she just wants to be with her now. (Adorable, huh?)

But whatever stability they were feeling in their mutual resolve to "make things work" might be out the window now that Emily's first crush, Alison, is actually alive and has returned to Rosewood during the show's most recent Halloween special. Nothing good can stay I suppose... Here's the tweet King responded to on Dec. 20:

Well, that settles that in the simplest of ways, doesn't it? Emily and Paige will be getting a sex scene — the only question now is when? With Alison back in town, Emily's going to have to deal with all of her underlying feels for her believed-dead BFF including the fact that she had a big crush on her. That's going to make things confusing and complicated just when she was making peace with the fact that her future with Paige is no longer certain.

Will it happen in a moment of emotional vulnerability about Alison's return? Will it be romantic and planned ahead of time? Emily and Paige's fate is always a wildcard because of how introverted Emily Fields is as a character. She constantly retreats and she's been the most abused by A of all of the Liars so there's always a strong chance of her pushing Paige away to go at it alone. Their sex scene could be a make it or break it situation for them depending on how Emily reacts to finally making that jump as a couple.

Aside from how the exact placement of the sex scene will affect Emily as a character and the plot of the show, there's the fact that it's only the third sex scene in the show's four seasons that's also interesting. Prior to this, audiences got scenes out of Aria and Ezra and Toby and Spencer's relationships when they took it to the next level, but that's it. And they only happened once. So this is a big deal and a big reveal from the show's creator, but should we really pay too much attention to it?

Pretty Little Liars hasn't built a reputation on sex but on loyal and supportive (though sometimes dysfunctional) relationships for its main characters, so including a this sex scene might not be that big of a deal at all.

What we do know for sure is that things won't be getting any easier for the show's most tormented character, Emily Fields, and that that girl could really use a break.