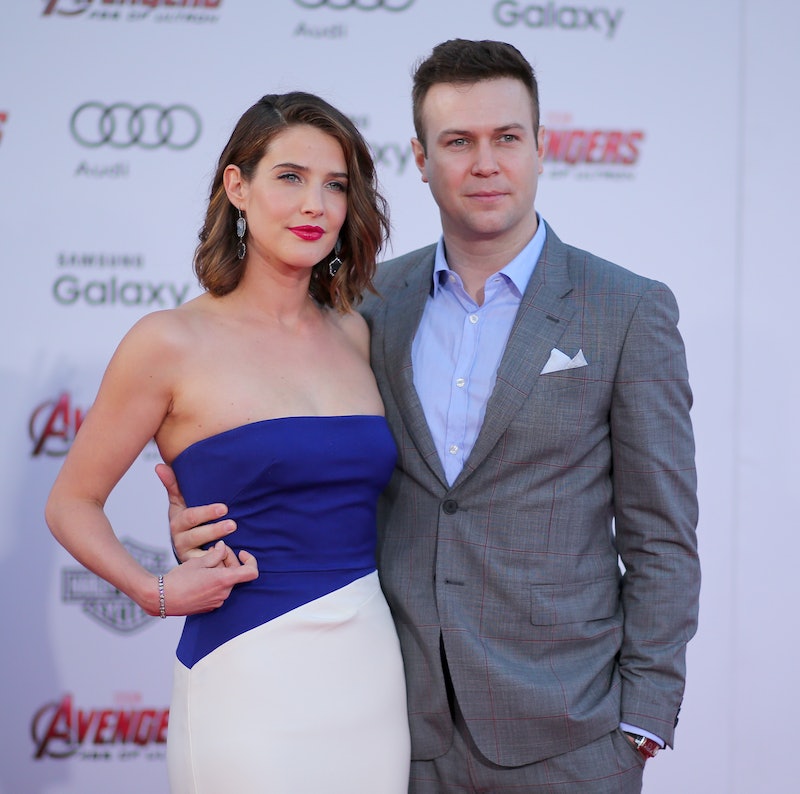 As Neil Patrick Harris explained on Best Time Ever on Tuesday night, live TV doesn't always go as planned. The show's live giant slide stunt had to be nixed due to windy weather in Chicago, so instead, viewers got treated to a bit of a How I Met Your Mother reunion — specifically, Barney and Robin! That's right, Cobie Smulders appeared on Best Time Ever , along with her hilarious husband Taran Killam of Saturday Night Live in a prank segment. This surprise was seriously legen... — wait for it — ...dary.

Much like last week's funny Britney Spears "Voices In Your Head" prank, NPH and Killam fed lines to Smulders as she interviewed party planners for her and Killam's anniversary party. The two funnymen make Smulders sing, talk in a baby voice, walk around on crutches, and wear a funny straw hat around the potential employees. They even made her introduce herself as so: "I'm Cobie Smulders, not Kobe Bryant." A beefcake butler/pool boy also makes an unexpected cameo, which totally distracts Smulders and her interviewee. But the funniest part was a totally sappy anniversary toast Killam feeds to Smulders, who almost cracks up at how bizarre and hilarious it is. Here's what he made her say: "There are so many stars, so many grains of sand, but when I look to you, my light, my hero, the wind beneath my wings — I have found my planet that I want to live on." The party planner's response? "We can work on cleaning it up."

Not only was the whole thing hilarious, but it was so great to see Harris and Smulders together again. All I could think throughout the prank was that Barney and Robin would've been proud.

NPH said on the show that this segment was supposed to air in a later episode, but hey, live TV can have surprises like this. Throughout this week's episode, NPH got the audience — and viewers at home — hyped up to see Chicago couple get ready to face a giant 60-foot slide in a segment called "Ticket To Slide," with tickets at stake being a trip to Australia. Alas, the Chicago winds proved to be too strong and the stunt had to be postponed and prompted the surprise — but welcome — switcheroo.

Watch the legendary segment below.