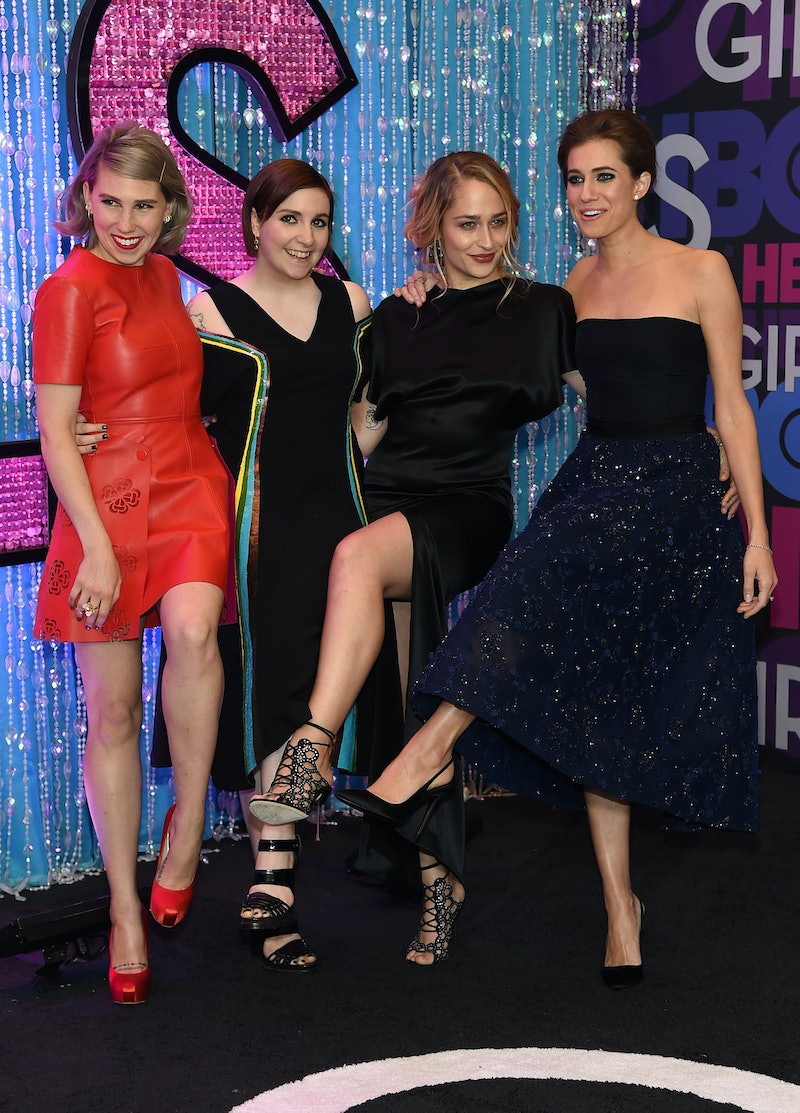 Good news and bad news, folks. I'm not sure which you'd prefer to hear first, as the Internet has not yet invented a feature that allows you to interact with me as I write this, so I'm just going to go ahead and share the bad news with your first quick — just like ripping off a band-aid, or something. According to Lena Dunham herself during an interview with Z100's "Elvis Duran and the Morning Show," HBO's Girls might be coming to an end after Season 6.

No, that's not a typo. Season 6, which is likely set to air on HBO sometime early next year (previous seasons of the series have begun airing in January of their respective year), might be the show's last.

"I started working on this show when I was 23, and now I’m going to be 30," Dunham explained, according to Entertainment Weekly . "So, it kind of feels right that this show kind of sandwiched my 20s and then I go off into the world!"

I know — the thought of television without Girlsis a weird one to process, especially considering none of us really knew during Season 5 that we might be watching the penultimate season of the entire series. When it comes to a brilliant show like Girls, that type of information needs to be prepared for!

However, don't freak out just yet: There's still some good news on the horizon. Dunham also said in her interview that nothing is set in stone yet, so we could very well still get Season 7 or — if we're lucky – Season 8 of the series if inspiration strikes. Basically, nothing's official. "Never say never," Dunham said on the show, "but [ending the show after Season 6 is] the way that we’re thinking about it right now, and we’re starting to think about sort of how to wrap up the storylines of these particular young women."

So, in other words — though it seems likely that, yes, Season 6 will be the show's last, it's not a for sure thing. And, even if the season does end up being the last, it would be understandable. I mean, don't get me wrong: I'd be content to have Girls be, like, the It's Always Sunny In Philadelphia of HBO shows (It's Always Sunny, for the record, has been renewed through Season 12). But I do understand Dunham's reasoning for wanting to end the show. It always seemed like it was meant to be a study of 20-something, millennial women who are in the phase of their lives where they've finished college and are technically adults, but are still struggling to figure out just how to be adults. If Dunham, who does gain a lot of inspiration for the show from her own personal experiences, no longer feels like she's at that stage in her life, then the show has lost its meaning. As much as I want more Girls, I'd rather remember it as a great show that knew when to sign off as opposed to something I'm wondering why it's still on air.

Whatever ends up happening with the series — aka, if it ends or not — I implore you not to look at this as bad news. Girls did a lot of revolutionary stuff for television, and that's going to stay in the pop culture history books even if the series is off the air. Though I'm sure fans would all like a million seasons of this show, it needs to end while the messages it delivers and the social phenomenons it depicts are still poignant observations. The last thing anyone wants is for the show to grow stale and, even worse, out of touch with its audience.

And hey, if that's not enough to make you feel better about this show's possible ending, just think about it this way: We still have Season 6 to look forward to.