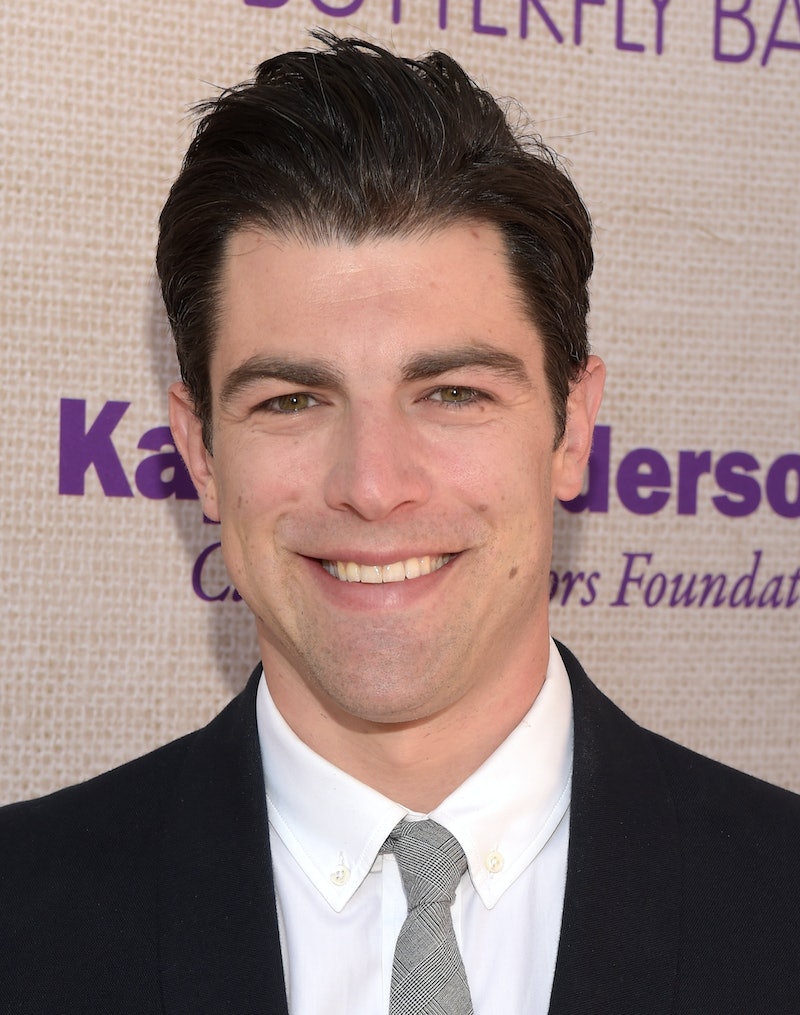 If you have not seen the latest American Horror Story: Hotel teaser, I advise you to do so. But, if you're on your pop culture A game and did catch the teaser, as E! Online points out, you may not have recognized a very special someone who appeared in the unsettling clip in the midst of your terror. I know I sure didn't. As the publication relays, the new AHS: Hotel teaser stars New Girl's Max Greenfield as that terrifying guy underneath the bed who looks absolutely nothing like Max Greenfield.

I know it’s hard to picture Greenfield as anyone other than the iconic Schmidt. I mean, it’s just a testament to his expert performance, really. But, when you think about it, his unique (that’s putting it mildly) New Girl role actually prepared him for the trials and tribulations of an American Horror Story: Hotel stay. A stint in the series, no matter what the season, is not one for the faint of heart. It requires an actor willing to go far beyond their comfort zone, what with all of the various hair raising antics and stomach turning events. So, despite Schmidt being a considerably lighter character in a mostly sunshine and rainbows type of show, being one of the most notably outrageous characters on TV pays off in unexpected ways.

Here are the ways that Schmidt prepared Greenfield for his role in American Horror Story: Hotel.

Sure, no one has searched the Pacific Ocean for a store-bought lion fish just yet on AHS, but there are comparably ridiculous things that happen in the series. Like in Freak Show, where Dandy, in all seriousness, was served a glass baby bottle and then drank out of it hungrily, perhaps?

As TV Line relays, show runner Ryan Murphy said at the TCA's that Greenfield had lost 30 pounds for the role. Which, for him, is really no biggie. College-aged Schmidt, who we often flashback to, is a different character than the one Greenfield plays in present time because he looks different. It's his looks that prompt Greenfield to make his character different, accordingly.

3. And, Even The More Poignant Yet Subtle Ones

Lest we forget Schmidt's half brows. In one way or another, AHS characters seemingly always have something happen to them to alter their initial appearances, even if not facially. Just ask Evan Peters about his amputated hands from Freak Show.

4. He's Been Creepy And Done It Well

Sure, in a more endearing sort of way. But he's got nuanced weirdness down, and that's the name of the game in AHS.

5. He's Got The Stunts On Lock

AHS comes with some crazy stunts. But, if swinging two balls of fire in the midst of a crowded bar to honor Schmidt's penis being healed isn't a testimony to his skills, I don't know what is.

Side note: I'm assuming the balls weren't actually on fire. But he convinced me they were, yo.

6. He's Not Afraid To Get A Little Risque

Because sex is a huge part of the series and always has been. I don't know why horror and fornication always seemingly go hand in hand, but they do. And, dude is clearly OK with that. Look at him rolling those hips.

7. Schmidt Can Actually Be Sort Of Sinister

No one on AHS is ever completely innocent, even if they aren't the main source of the gore and misery. And, as we know from the almost entire season Schmidt spent trying to break Nick and Jess up, he can be downright awful when he wants to be. Still working on forgiving him for that, BTW.

While AHS and New Girl could not possibly be any different, Schmidt's versatility is actually what bridges the gap between the two shows and it's makes the casting of Greenfield so damn unexpectedly perfect.