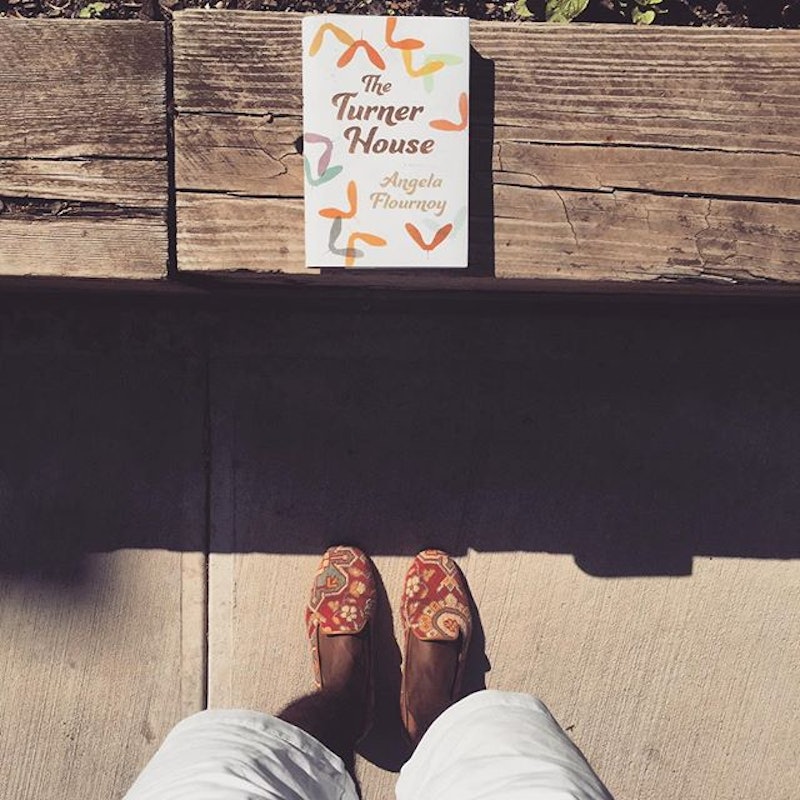 I love this time of year when the National Book Foundation's 5 Under 35 Honorees get announced. The 5 Under 35 is a program run by the National Book Foundation in which five young writers are honored with a cash reward and the knowledge that they’re totally on track with their lives. (I'm stoked for them, of course, but them I'm all WTF AM I DOING WITH MY LIFE since they've all accomplished more than I probably ever will, let alone before I'm even 35 years old. But I digress.)

The winners were each picked for the award by one of last year’s 5 Under 35 honorees, so these are judges who seriously understand what it takes to be that young and talented. Awards like this aimed at young people are particularly exciting as they honor a whole new generation of writers — and this generation is definitely not made up of only rich white guys. This year’s list includes a diverse range of ethnicities, and four out of five of the honorees are women. I don’t know about you, but for me this more than counters the feeling of jealousy that I get whenever young people are credited for having done more with their life than watch 10 hours of Netflix a day. When these young people show promise of change in the industry, I can’t help but be pretty psyched about it.

The honorees will be officially celebrated in November at an event to kick off National Book Awards week, but I’m already victory-dancing for them right now. So, put on your party hat, and let’s have a look at the National Book Foundation’s best young writers of the year.

Angela Flournoy was born the same year as Super Mario, which may explain why the rest of us have been slightly less productive ever since. While we’ve been sitting around gaming, Angela Flournoy has been getting her MFA and writing the rather spectacular The Turner House .

Oloomi is only as old as Weird Al Yankovic’s debut album, but she’s definitely more impressive (no offense to Weird Al.) Her novel Fra Keeler is mysterious, experimental, and surreal; she crafts sentences so beautifully and unexpectedly that it’s no wonder she’s catching people’s attention. I can’t wait to see what she comes out with next; she might just be on the verge of developing a whole new literature movement.

Colin Barrett’s collection of short stories Young Skins , set in his home country Ireland, are raw and complex; this is a writer that doesn’t take anything at face value. His innovative writing manages to be totally subversive and new, even in a sea of existing Irish literature — and he’s only the same age as Prince William.

O’Neill is the youngest on this list; she was born the same year as Pixar, and Oprah. And yet before the rest of us had time to get off the sofa and stop hoping Oprah Winfrey would give us a free car one day, O’Neill had got her life together and written The Hopeful. This novel is the moving and powerful story of a figure skating prodigy and the trauma, ambition, and maturity that follow after a serious accident.

In the short years since Thriller was released, I’ve been far too busy trying to perfect the dance routine to do anything productive like write a book. Not so for Megan Kruse, whose debut novel Call Me Home explores the concept of home and family with incredible depth. Kruse has also published a number of short stories, including “Lila” which is now being developed as a feature-length film. Not bad, Kruse.

More like this
Robert Downey Jr.’s New Film Is A Tender Story of Fatherhood & Forgiveness
By El Hunt
Allie Rowbottom Will Have Her Feminism With A Side of Botox
By Samantha Leach
How To Stream 'She Said' In The UK
By Maxine Harrison
The 'Lady Chatterley's Lover' Book Leaves Us With A Troubling Question
By Catharina Cheung
Get Even More From Bustle — Sign Up For The Newsletter