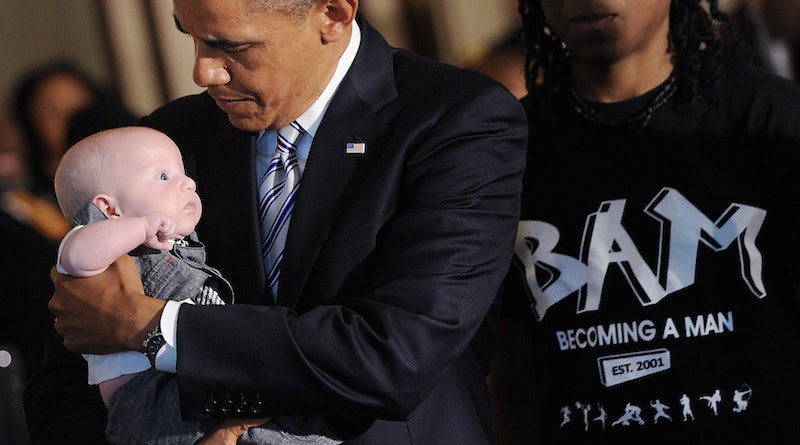 Four more witnesses took the stand at George Zimmerman's trial today, all of whom were neighbors near the site of the shooting. One neighbor claimed he saw someone in black straddling a person wearing red—Zimmerman wore red, and Martin black—which strengthens the defense's case that Zimmerman shot the 17-year-old in self-defense.

Scientists are inching closer to finding a biological basis for homosexuality— thus proving Lady Gaga's thesis that you're born this way. But what sort of effect will these findings have for gay rights?

Following Wendy Davis's sort-of triumph, New York Magazine wrote a gripping editorial on women's ability to speak out on behalf of what we believe in.

NASA's Voyager 1 probe has been traversing the universe (no, seriously) for scores of years. But it appears to have reached the end of the solar system... or has it? Either way, everyone's baffled.

Studies have found that babies know exactly when they're going to be picked up, and prepare their bodies for the incoming cuddle: they freeze up, so it's easier to lift them. Here's a cute picture of a baby, just for good measure.

In not-so-cute news, The Chicago Sun-Times fired its entire photography department in favor of "citizen journalists" with iPhones. Here's a blog chronicling the consequences.

If you're near California or Death Valley, maybe think about... not being there. Because soon it'll be 130 degrees. Literally, ONE HUNDRED AND THIRTY DEGREES.

Turns out the University of Colorado spent over $100,000 to prevent a campus-wide pot-party on 4/20. Really.

Here's Maisie "everything you do is fantastic" Williams in her latest Vine, in which she is scandalized by overly sexual toothbrushes.

Dairy Queen continues to slowly block arteries around the country, but has sweetly provided treadmill workstations for employees at its DC headquarters.

Did you know social media can predict the future? No, seriously. (You didn't predict what would happen to Amanda Bynes, though, DIDJA, INTERNET?)

The Overly Attached Girlfriend meme is back, and this time she's making her boyfriend a sandwich that'll ensure he Never Leaves Her.

But this one is still our favorite...

More like this
Read Dan Levy's Heartbreaking Message After The Club Q Shooting
By Stephanie Topacio Long
What Should You Put On Your Nails After Removing Acrylics?
By Isabella Sarlija
65 Clever Gifts For Men That Are 10x Better Than What You Usually Give
By Veronika Kero
My Lip Color Lasted Through A 3-Course Meal, Thanks To This Viral Lip Stain
By Isabella Sarlija
Get Even More From Bustle — Sign Up For The Newsletter