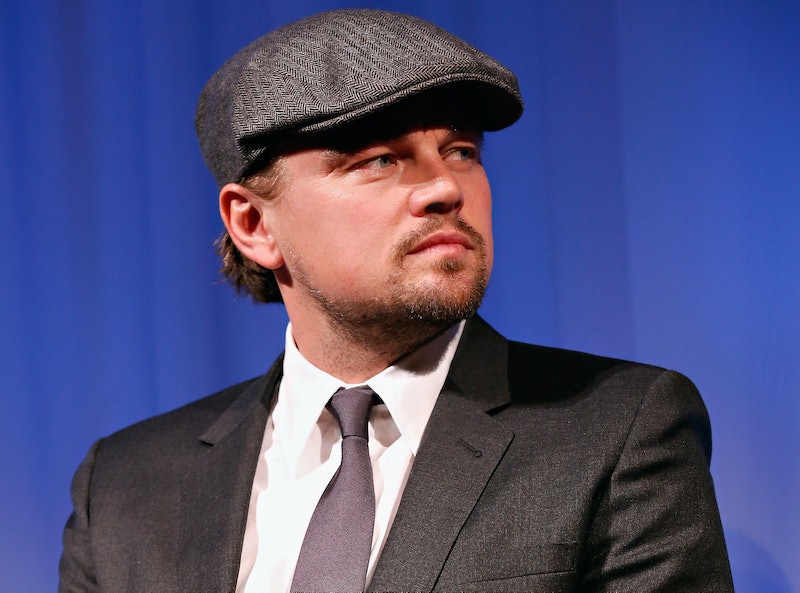 "Based on true events" is a fairly loose term in Hollywood standards. What is true and what is created to sell more tickets is a boundary the industry often fudges when telling "true tales". Take Wolf of Wall Street, Martin Scorsese's latest starring Leonardo DiCaprio as shady New York stockbroker Jordan Belfort with a penchant for strippers, booze, and using dwarves as human darts. The film is based on Belfort's 2007 memoir, but according to the co-founder of the company the film is about, Danny Porush: "the book is a distant relative of the truth, and the film is a distant relative of the book." Basically, Danny Porush claims The Wolf of Wall Street is a load of crap.

The film hit theatres on Christmas day, and critics were quick to speculate on the movie's outlandish plot details. But Danny Porush, a close friend and partner of Belfort's between 1988 and 1996 wants to set the record straight. In an interview with Mother Jones, he confesses some of the things he and Belfort did and didn't do.

FACT: He did eat a goldfish

Porush said: "I said to one of the brokers, 'If you don't do more business, I'm gonna eat your goldfish!'" Porush recalls. "So I did."

FICTION: No one called Belfort a "Wolf"

According to Porush, the title of the memoir and film is misleading, because no one considered Belfort a "wolf", metaphorically or (we can assume) literally.

FICTION: There was not a memo sent banning sex in the office

According to the memoir and film, the sexcapades in the office became so extreme, Belfort had to send an in office memo dictating a "fuck-free zone from 8 a.m. to 7 p.m. on workdays." This was just a straight fallacy, said Porush.

FICTION: They didn't throw little people as human darts, but they did invite them to party

Belfort said: "We never abused [or threw] the midgets in the office; we were friendly to them. There was no physical abuse."

FICTION: There were never chimpanzees at the office parties

"There was never a chimpanzee in the office," Porush said. "There were no animals in the office...I would also never abuse an animal in any way." (Oh, you mean other than that time you ate someone's pet goldfish?)

FACT: They paid someone 10 grand to shave their head

"Stratton was like a fraternity," Porush said. "A lot of goofing around, hazing—but the worst we ever did was shave somebody's head and then pay 'em ten grand for it."

FICTION: He did not tape money to a woman's breasts

But he did have lots of threesomes with two women: "I'm not homophobic, but I never had sex with a girl with another guy. I've been with a zillion women, several women at the same time—but only just with women...Also, never any minors."

According to Porush, he understands why certain elements would be embellished (or dreamt up entirely) for film. But: "bribing federal agents, organized crime, violence, moles in the US Attorney's office are not laughing matters," he concluded.

More like this
Daryl McCormack On His Unusual First Audition With Emma Thompson
By Olivia-Anne Cleary
What Does The Presley Family Think Of 'Elvis'?
By Arya Roshanian
Chris Hemsworth Joked That Baring His Butt In ‘Thor: Love And Thunder’ Was A “Dream”
By Brad Witter
Photos Of The 'Elvis' Cast vs. Their IRL Counterparts Will Have You All Shook Up
By Grace Wehniainen
Get Even More From Bustle — Sign Up For The Newsletter