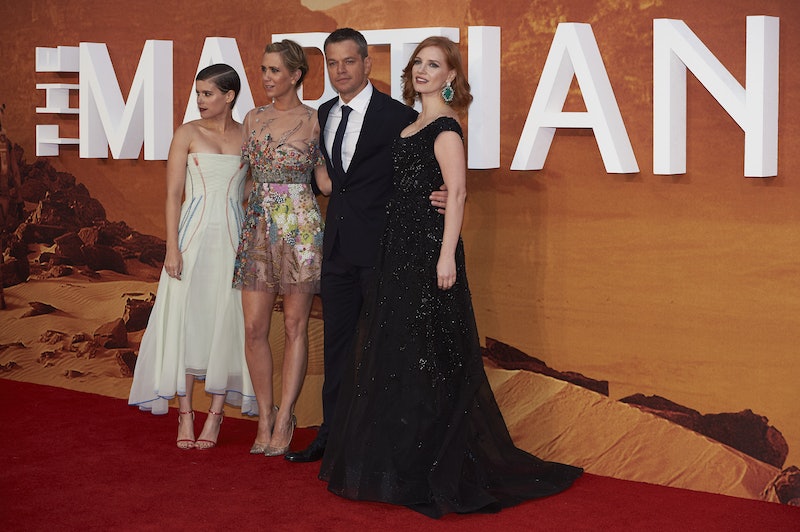 The Martian was an unlikely success story, both in narrative and in development. Software developer and aspiring writer Andy Weir had spent years trying to break into the book market, but lacking an agent and publisher, took to his own website to publish The Martian in serial installments. It attracted a modest amount of overwhelmingly positive attention, with some readers demanding that Weir make it available for Kindle download. He responded, putting it up on Amazon where cult praise catapulted it to stand among the top downloads, where it gained the attention of a publisher. A book deal and film rights followed almost immediately, resulting in the new film of the same title directed by Ridley Scott. With such an incredible story, will there be more of Andy Weir to come to the screen? Will The Martian have a sequel?

Not if Weir has anything to say about it. "The problem is, the things people like about The Martian, to have them happen again in another book would really strain plausibility," Weir told Ars Technica. "Let’s say I found a reason for him to get back into space? What are the odds that he’d be there for another serious problem?" Probably fairly slim. Still, The Martian doesn't answer all the questions — unlike, say, Harry Potter, it doesn't give a flash-forward glimpse into how Mark Watney, the astronaut at the center of it all, fares following his rescue operation. (Weir further told Ars Technica that the primary question he receives from fans is a query about what happens to Watney in the future.) That could plausibly be fodder for a Hollywood sequel.

Even if it were to move forward, a Martian sequel might reach a hitch with Matt Damon. When he was first approached for The Martian, he was on the heels of his performance in Interstellar and he expressed reluctance to playing another man stranded in space, according to Cinemablend. "It might be weird if, after taking a year and a half off, I played another dude stranded on a planet," Damon reportedly told director Ridley Scott. Scott convinced him that The Martian bears little resemblance to Interstellar, but comparisons still seem inevitable. Both feature Damon as a man who has to survive in otherworldly and inhospitable conditions while waiting for rescue, and he'll appear alongside Interstellar co-star Jessica Chastain in The Martian as well. It's unlikely that Damon would sign on for yet another guy-stuck-in-outer-space film (a reductive description of both films, but broadly applicable nevertheless).

The Martian is a zippy read, and between its exciting storyline and in-depth scientific interludes (Weir goes through the trouble of breaking down how Watney might jerry-rig the tools at his disposal to aid in his survival), it's pretty clearly bait for Hollywood filmmakers. That thorough scientific basis gives it a dose of realism (something that was perhaps a bit lacking in Interstellar) while still being a thrilling ride. But as Weir said, that beating-the-odds story becomes a bit of a stretch when the same astronaut gets into profoundly hot water twice.

Though he's not planning a sequel to The Martian, Weir hasn't turned in his pen for a computer code. Rather, he left his software developing job to pursue writing full-time, and he'll release a follow-up some time next year. Entitled Zhek, he's stated that it will be more traditionally science fiction than The Martian, though it was initially developed serially much like The Martian.

"It has aliens, telepathy, faster-than-light travel, etc.," he wrote on a Reddit thread earlier this year. He further told the blog Land of Books that he had a draft deadline of August 1, just two months ago, and that the publication date was expected for 2016. First mentions of Zhek started cropping up on Weir's blog in 2012, where he began posting excerpts and forecast it to be a multi-book affair. "It's a very large and detailed story that will probably take several entire books to tell," he wrote. "It's by far the most complex and detailed story I've ever come up with.

If Zhek is planned as a series, it might be the Hollywood franchise that The Martian was not, but that it proved Weir might be capable of creating. Films like The Martian and Interstellar, accessible interpretations of the science fiction genre, could open the door to more squarely in-genre stories of space travel, alien exploration, and extraterrestrial life.

More like this
This 'Hunger Games' Alum Will Star In A New Medical Drama Titled 'A Mistake'
By Alyssa Lapid
One Powerful Quote In 'Doctor Strange 2' Is Going Viral On Twitter
By Alyssa Lapid
'Bridgerton' Star Nicola Coughlan Confirms Season 3 Will Focus On Colin & Penelope
By Grace Wehniainen and Alyssa Lapid
The Time Traveler’s Wife Book Has A Heartbreaking Ending
By K.W. Colyard
Get Even More From Bustle — Sign Up For The Newsletter