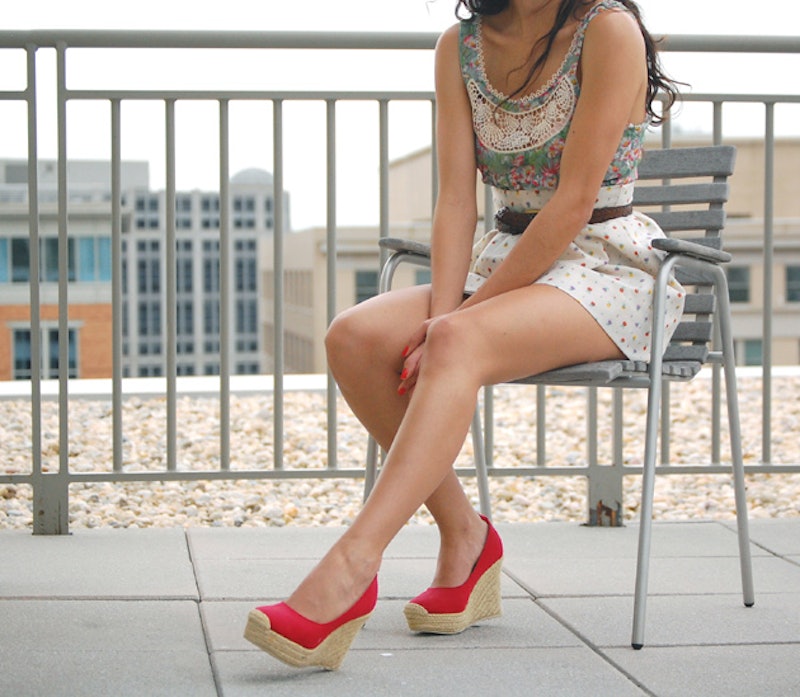 If you're a terrible liar, there's a weird thing you might be able to do to make your fibs more believable. According to science, having a full bladder can make you a better liar. So is the solution to selling your stories to just drink a lot of water at all times, just in case? And how on earth does this work?

In a new study, scientists had participants drink different amounts of water and then sit around for 45 minutes while their bladders filled. The participants were then filmed while telling lies to an interviewer about deeply held beliefs, and making a true statement. Later, other participants analyzed the recording and tried to tell which was the lie and which the truth. And as strange as it may sound, the participants who had drunk more water were more convincing.

So why would holding in your pee make you a better liar?

According to the researchers, it has to do with something called the inhibitory-spillover-effect, which essentially means that exercising self-control in one area makes it easier to exert self-control in other, unrelated tasks.

“Lying requires a great deal of mental resources,” Iris Blandon-Gitlin, author of the study told PopSci. “You have to juggle a lot of information.” Liars have to manipulate information, monitor other people's reactions, and suppress specific thoughts — in other words, suppress thoughts of the truth — in order to be convincing. So as it happens, having a full bladder can help you out with that.

Basically, this is one of those times that science is really, really weird. But hey, it might give you an edge now when it comes to convincing people that you aren't the one who left the dirty dishes in the sink or that you really do have plans this weekend and you're not bailing just because you want to watch Netflix in your sweatpants.

Of course, it's questionable how much of an edge this would really give you and whether it's worthwhile — or even practical — to try planning ahead for your lies. But hey, people have done weirder things to try to pull a fast one, I guess.