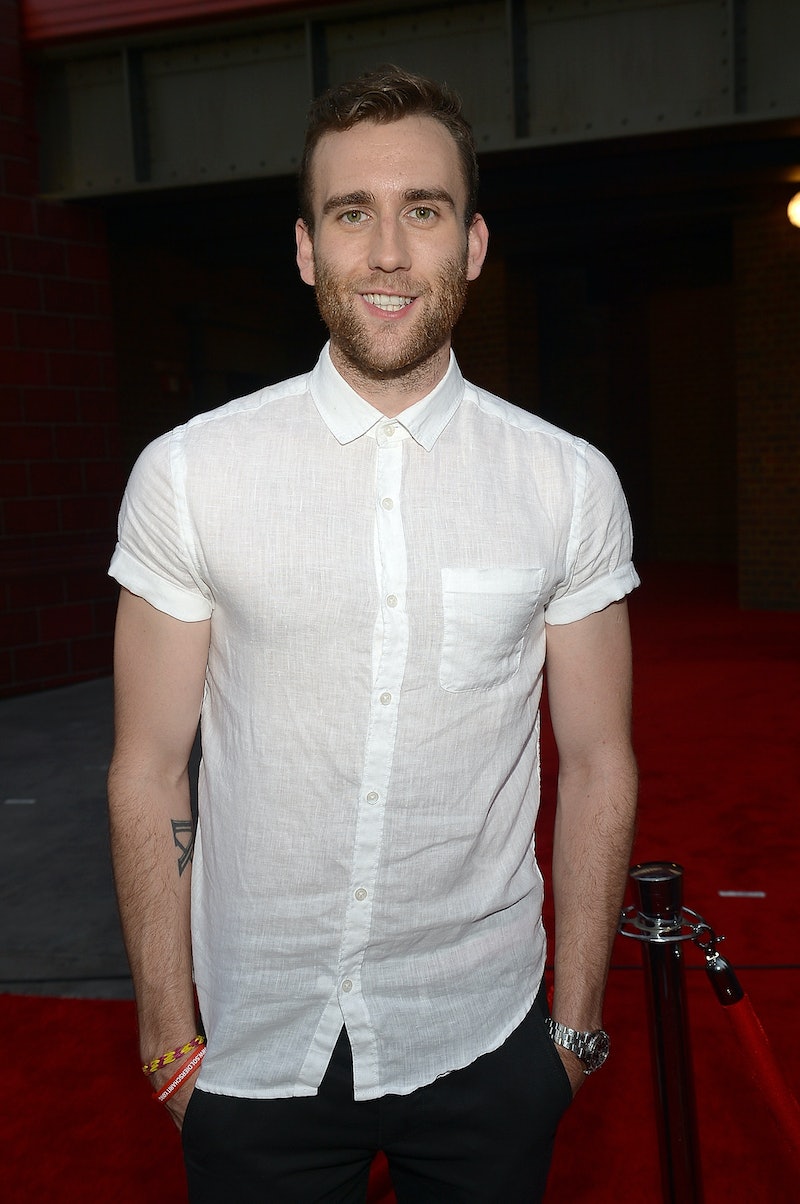 Breaking: Neville Longbottom has a magical mustache. No, you did not misread that sentence. It's the truth — well, kind of. Harry Potter actor Matthew Lewis has a mustache. To be clear, Neville himself isn't wearing some new facial hair, but the actor who played him is. If you follow Lewis on his social media accounts, then you've seen him sporting quite the 'stache. And I'm pretty sure Lewis' mustache has magical powers.

Before I get to the mystery and magic behind the mustache, let's discuss why Lewis is walking around with all that facial hair that somewhat resembles a handlebar mustache. He took to Twitter to alert everyone that it's for a role. So, if you're someone who's been hating on Lewis and his mustache, you can stop, right now.

First of all, let's not bash Lewis for it, because it might have taken a lot of hard work to grow his mustache for his job. Second, what's the point in criticizing anyone about their physical appearance? It's just not cool. Third, how can anyone be mad at this beautiful, beautiful man? Finally, seeing as Lewis' mustache is magical and, well, that means everyone should love it and embrace it.

(P.S. Lewis and his mustache would never repel me.)

If I still haven't convinced you, then these seven magical abilities Lewis' mustache possesses will.

1. It's A Horse Whisperer

Um, maybe we need a remake of The Horse Whisperer?

I mean, Draco can't stop staring at it.

3. It Helps You Take The Perfect Selfie

I need to take a photo with Lewis and his mustache as a way to learn how to take the perfect selfie. I obviously don't want to post the selfie across social media and rub it in everyone's faces...

4. It Makes Any Outfit Look Good

To be clear, I don't know if this woman is attracted to Lewis or his mustache, but they are clearly having a fun time in the photo. It's definitely not a woman repellant.

Lewis didn't win that huge, silver plate, but his mustache totally could.

7. It's Its Own Avada Kedavra

Just kidding. It's definitely not a killing curse.

I really hope Lewis doesn't pull an invisibility cloak over his mustache, because I totally dig it.

More like this
Sadly, 'Fantastic Beasts: The Secrets Of Dumbledore' Isn’t Streaming — Yet
By Arya Roshanian
Fans Of 'Anne With An E' Will Recognise 'Stranger Things’ Vickie Immediately
By Rachel Mantock
David Harbour Was Lily Allen’s First-Ever Date
By Frances Stewart
'Conversation With Friends' Star Alison Oliver Is Dating A 'Normal People' Alum
By Rachel Mantock
Get Even More From Bustle — Sign Up For The Newsletter