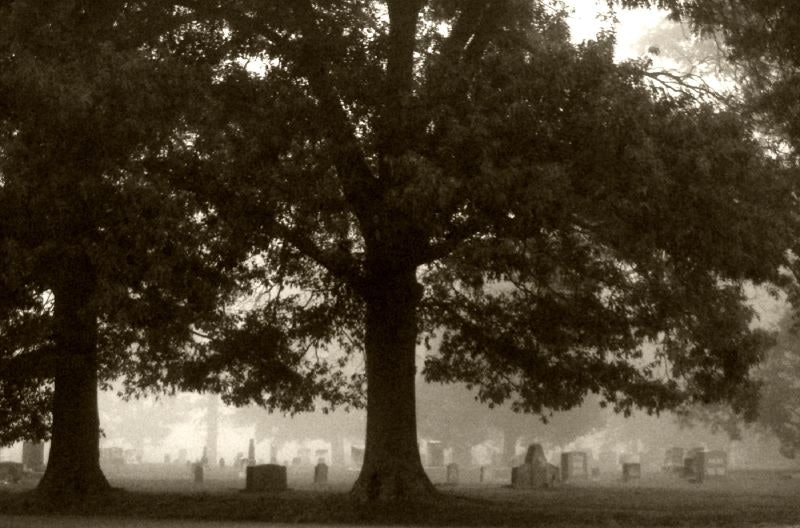 Before we delve into our creepy topic du jour — that is, six of the weirdest deaths in history — I should probably disclose that I am the kind of person who already knew, before starting in on the research, that an actual Wikipedia page exists entitled “List of Unusual Deaths.” We've all fallen down the Wikipedia rabbit hole at some point in our lives; each of us takes a different journey when it happens, though, and mine usually follow the theme of weird, unusual, or downright frightening history.

I've said it before, and I'll likely say it again: I have some pretty strange hobbies.

Speaking of “strange,” you might be thinking, “But wait! Didn't we recently take a look at the strangest deaths in history? What makes a strange death different from a weird one?” You would be absolutely right — we did recently explore the strangest deaths in history — but there is a difference between "strange" and "weird." It can probably best be described via the dictionary definitions of the two words: Oxford Dictionaries defines “strange” as “unusual or surprising in a way that is unsettling or hard to understand,” while “weird” is defined as “suggesting something supernatural; uncanny.” I don't really ascribe to the supernatural thing, but to me, strange deaths are mysterious, unsettling, and often unexplained, while weird deaths venture into full-on “WTF?!” territory.

So for the curious, that's where the line between the two is for me.

These six deaths, which span ancient history all the way up through the very recent past, all fall on the “weird” side of that line, rather than the “strange” one… but maybe it will make more sense why that is if you read about them for yourself.

Go on. We could all use a little memento mori every now and again.

Fun fact: You actually can laugh yourself to death. According to one account, third century BC Greek Stoic philosopher Chrysippus cracked up so much after spotting a donkey eating his figs that he expired.

It's worth noting that a bunch of wildly differing accounts exist of Chrysippus' death, so it's possible that the “laughing to death” one is… maybe not entirely true. But it turns out that the ancient philosopher is just one in an unexpectedly robust line of people who to experience death by laughter: At least eight other people suffered the same fate, with the most recent occurring in 2003. Damnoen Saen-um of Thailand reportedly started laughing in his sleep — and after two minutes of unabated mirth, he stopped breathing. The official cause of death is believed to have been either heart failure or asphyxiation.

In June of 1876, James A. Moon checked himself into Lahr House, a hotel (currently an apartment complex) in Lafayette, Ind. After asking for a room at the rear of the building, he was given Room 41 on the third floor. Other than that, and the fact that the porters complained about how heavy his luggage was, Moon's arrival was unremarkable.

It was therefore something of a surprise when the housekeeper discovered his decapitated body on the floor of the hotel room. Moon had built a guillotine and then used it on himself.

Lawyer Clement Vallandigham was representing defendant Thomas McGehan in an 1871 court case in Lebanon, Ohio when he accidentally shot himself in the gut. McGehan stood accused of killing a man in a bar brawl; Vallandigham was attempting to prove that it was possible for the deceased, Tom Myers, to have accidentally shot himself while drawing his own pistol. The lawyer thought the gun he had chosen for his demonstration was unloaded… but unfortunately, it wasn't. It discharged as he carried off his enactment, wounding him in the stomach. McGehan was acquitted, but Vallandigham died the next day of peritonitis after surgeons were unable to locate the pistol ball.

The Brothers Grimm version of “Snow White” features the evil queen being forced to dance in red-hot shoes until she drops dead — but it's not only fictional characters who have died by dancing. The city of Strasbourg fell prey to an epidemic of compulsive dancing during the summer of 1518; fueled by supernatural beliefs, the Dancing Plague of 1518 affected some 400 people, all of whom felt the need to dance without ceasing for days on end. Perhaps unsurprisingly, some of those 400 souls collapsed from heart attacks, strokes, or exhaustion.

Sometimes the truth is stranger than fiction.

Although NBC's live musicals currently sit alone in their niche of Live Theatre On Television, it was once a much more commonly encountered form of entertainment. Between 1956 and 1974, for example, a program called Armchair Theatre ran on the British network ITV, presenting plays performed and broadcast live on Saturday nights. But during 1958, something… unusual happened. During the episode Underground, a play which took place in a Tube station after a nuclear attack, actor Gareth Jones, then 33, fell and did not arise. The actors began improvising lines to cover for their castmate; the director scrambled during the interval to redistribute Jones' lines; and the play carried on.

It wasn't until later that the cast and crew discovered that Jones had suffered a fatal heart attack.

In July of 2013, 45-year-old Joao Maria de Souza of Caratinga, Brazil was crushed to death when a cow crashed through the ceiling of his home. He and his wife were in bed at the time; the cow fell onto Mr. de Souza's side. Both his wife and the cow escaped unscathed.

As absurd as it sounds, though, it — like all of the other stories on this list — is actually incredibly tragic. According to the Telegraph, de Souza died from internal bleeding at the hospital while he was still waiting to be seen by doctors. His brother-in-law, Carlos Correa, told the Hoje em Dia newspaper in Brazil, “Being crushed by a cow in your bed is the last way you expect to leave this earth. But in my view it wasn't the cow that killed our Joao, it was the unacceptable time he spent waiting to be examined.” The hospital denied the claim.