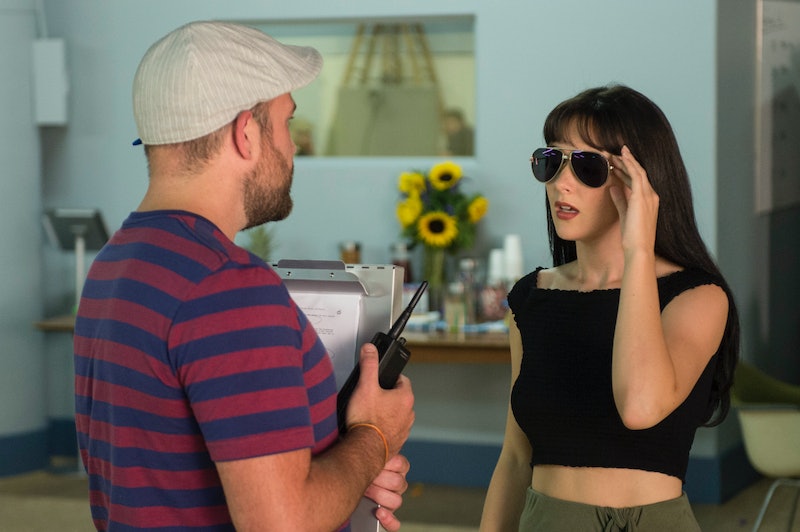 You may have thought things were exaggerated, but it turns out that Jennie Garth and Shannen Doherty's feud in The Unauthorized Beverly Hills, 90210 Story was absolutely real. To be fair, it was the '90s and the two stars were forced to be locked together for hours on end and act like high school friends. I'd be more surprised if a few fights and annoyances didn't occur. But we know that much of what was portrayed in the film was relatively accurate, especially those moments when Garth and Doherty did not get along.

And how do we know this to be true? For one, cast members Tori Spelling and Garth opened up to the press about their time on Beverly Hills, 90210 and the issues Garth had with Doherty from time to time. Garth even wrote a book entitled Deep Thoughts from a Hollywood Blonde about her experiences and relationships during Beverly Hills, 90210, and explained that things were not always so fun on set. As she told E! News in 2014, "We were locked in this sound stage for 14-16 hours every day. There were times when we loved each other and there were times when we wanted to claw each other's eyes out."

As for her relationship with Doherty, she touched on that subject as well, and her book goes in more detail. "It was more of just young girls finding their way and finding their individual voices," she told E! News. "Shannen and I are both Aries women, we're both very strong, independent women, so we butt heads a lot. Now, as grown women, we happen to get along as well."

Doherty said something similar about their relationship to Glamour in 2012, explaining, "I did the new 90210 with Jennie and there was something very different about our friendship. We were able to look at each other as grown women and really acknowledge that we liked who the other person was now as adults."

And what about the moment from the film where Doherty and Garth went outside to have a fighting match? When the two shoved each other for a bit before the boys had to hold Doherty back and they all went inside to calm down? While both Garth and Doherty said in a 2008 interview with Entertainment Weekly that they never got into a "fistfight" on set, they did say "had [their] moments" and could've scratched each other, but never threw punches.

More recently in March 2014, Garth described a very similar situation as to what's seen in The Unauthorized Beverly Hills, 90210 Story in her memoir, as according to E! news she wrote, "One of the great 90210 legends is that Shannen and I actually came to blows one time ... I will tell you that this never happened—although we did come very, very close."

I'm glad that they've since mended their friendship, and Garth even considers Doherty one of her "dearest and closest friends." And even better, their past makes for one hell of a movie.